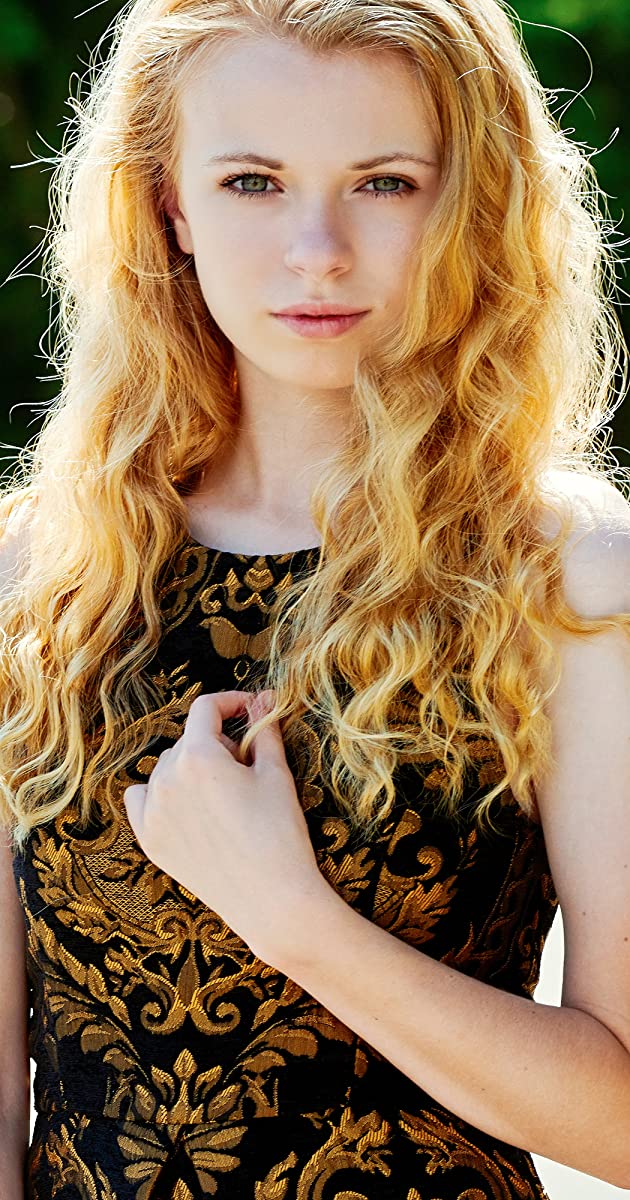 Addy Miller started her career as a child model at the age of four, acting later followed, but she didn’t get her first big break until the age eight when she won the role of Young Lily (Dakota Fanning) in “The Secret Life of Bees”. After setting foot on that set, she knew this was what she was meant to do with her life. Addy’s most recognized work is on AMC’s original series “The Walking Dead,” cast as the Little Girl/Teddy Bear Walker in the pivotal opening scene that set the tone for the entire show. Fans of the show have raved her scene as “Best Kill”, “Shock of the Week”, “Zombie of the Week”, and declared Addy as an “Instant Horror Legend”.

Addy’s most memorable on-set moments on “The Walking Dead” were receiving personal direction from the great Frank Darabont, working closely with award-winning make-up artist Greg Nicotero, talking with producer Gale Anne Hurd, and hanging with actors Andrew Lincoln and Sarah Wayne Callies. Addy is so proud of having opted to do her own stunts and doing them well. Mr. Darabont was delighted with the result! Her character was later named “Summer” in The Walking Dead Social Game on Facebook, which also served as her character’s back story.

Since filming her part on “The Walking Dead”, Addy has been making numerous public appearances on behalf of the show, mainly at horror and comic conventions all over the US and recently over the globe. Some of her favorite spots have been Italy and Germany. This has quickly become a favorite activity of hers and her family. Addy gets to reunite with other cast members, as well as meet the amazing Walking Dead fans!

In the Spring and Summer of 2014, Addy also shot “June” with (fellow Walking Dead cast mate) Kennedy Brice and Casper Van Dien; and she had the lead role as Luna in her first children’s movie “Sugar Skull Girls”. In 2015, “Dark Places” was released and Addy played as young Krissi Cates. This film stars Charlize Theron, Chloe Grace Moretz, Nicholas Hoult, Christina Hendricks, Drea DE Matteo and more. Based on a novel by Gillian Flynn, this movie hit the theaters worldwide.

Some favorite roles of Addy’s include her first lead role, Mary Jane in “Death and Mary Jane”, a short; “Remnants” with Tom Sizemore, Wilber Fitzgerald, Adam Minarovich, and Robert Pralgo (she played Pralgo’s daughter Melissa), and “Bad Blood: The Hatfields and McCoys” as Alifair McCoy. Although it was very cold on set, she enjoyed her time in Kentucky bonding with the cast and crew. “Bad Blood” stars Christian Slater, Jeff Fahey, Perry King, and Priscilla Barnes, to name a few of the well-rounded cast.

Addy’s love for acting goes beyond the roles in front of the camera. When she was young, she began requesting crew work and delved into the technical work behind the scenes. The crews were instructional, showing Addy how they did their work. When she was home, she reviewed movies and studied how the actors react to certain situations. Addy considers herself a darker actress and likes dramas and tough emotional scenes.

On a personal note, Addy attends North Carolina State University in Raleigh, NC. Addy is pursuing a degree in Communication with a concentration in Public Relations. She plans to add a minor in Journalism and has successfully made the Dean’s List every term. Because of that accomplishment, Addy was asked to join National Honor Fraternity Phi Sigma Pi – Beta Delta, where she is the PR Chair.

Additionally, a fun fact about Addy is that her role model is Taylor Swift, whom she finally got to meet privately at a concert in 2018. Addy is often told she looks like Taylor Swift, which, of course, she loves!

Look for Addy’s next film “Behind You” to hit theaters and digital release both nationally and internationally in 2020. Addy spent four wonderful weeks in Salt Lake City, Utah filming. Addy plays the Lead Role of “Olivia” along side Jan Broberg and Elizabeth Birkner. Directed by Andrew Mecham and Matthew Whedon.