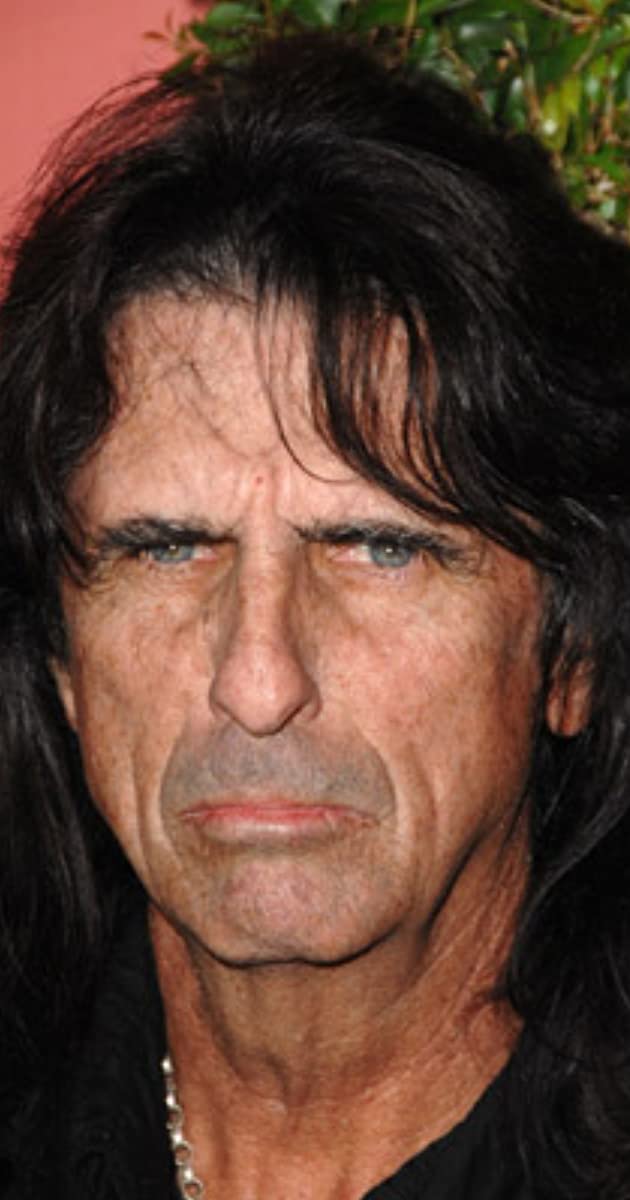 Alice Cooper was born Vincent Damon Furnier, in Detroit, Michigan, the son of a minister. He moved to Phoenix, Arizona, at a young age and still lives in the state today. At age 17, he formed a rock band called the Earwigs, who changed their name to The Spiders and then The Nazz, before finally settling on Alice Cooper. The line-up included himself, Dennis Dunaway, Michael Bruce, Glen Buxton and Neal Smith. Rumors (which the band did not necessarily make efforts to deny) to the contrary, the name was not chosen from a Ouija board reading nor was it named after a woman once burned at the stake for witchcraft — it was picked because the random name had a twisted sense of originality and misleading innocence, complementing the band’s bizarre and macabre stage theatrics and lyric themes.

The band got their first big break playing at the Whisky a Go Go in Los Angeles one night in 1969 when Frank Zappa discovered them and signed them to his record label. After two albums-and relocating to Detroit — they were signed by Warner Bros., hooked up with famous producer Robert Ezrin and came out with their third album, the breakthrough “Love It to Death” in 1971. Several albums followed, including “Killer”, the highly successful “School’s Out”, “Billion Dollar Babies” and “Muscle of Love”. The band made an appearance in the movie Diary of a Mad Housewife (1970) and their own theatrically released documentary Good to See You Again, Alice Cooper (1974). Alice himself also starred in an episode of The Snoop Sisters: The Female Instinct (1972).

The original Alice Cooper band broke up in 1975, with the lead singer getting his name legally changed to Alice Cooper — and performing under the name ever since — while some of the other members formed a band called the Billion Dollar Babies. That same year saw the release of a Greatest Hits album, while Alice as a solo artist completed the album “Welcome to My Nightmare” and his incredibly theatrical tour. It was on this tour that he met his future wife Sheryl Cooper, who had been hired as a dancer.

Along with the album and tour came a television special, Alice Cooper: The Nightmare (1975), and both included dialog from horror movie legend Vincent Price. Alice made a number of other television and movie appearances in the second half of the decade, including The Muppet Show (1976), Mae West’s final film Sextette (1977), Sgt. Pepper’s Lonely Hearts Club Band (1978) and several appearances on The Tonight Show Starring Johnny Carson (1962).

However, by the late 1970s, Alice’s problems with alcohol became life-threatening, and he was checked into a clinic for rehabilitation. He told of his experiences on the semi-fictional album “From the Inside” (there was also a comic book of the same title), and explored different sounds in the early 1980s with four albums (“Flush the Fashion”, “Special Forces”, “Zipper Catches Skin”, “DaDa”). After having a severe “falling off the wagon” to the point of almost dying, he sobered up once more — this time for good — and returned with the albums “Constrictor”, “Raise Your Fist and Yell” and the 1989 album “Trash”, which featured the hit song “Poison”. The 1980s also saw Alice starring in the horror films Leviatán (1984) and Prince of Darkness (1987), as well as having mostly new songs for the soundtracks to Roadie (1980), Class of 1984 (1982), Friday the 13th Part VII: The New Blood (1988) and Shocker (1989).

However, it was the 1990s that brought Alice’s most memorable movie appearance: playing himself in Wayne’s World (1992). The phrase uttered by characters Wayne and Garth in his presence, “We’re not worthy!”, became one of the most popular movie catchphrases of the decade. Alice also played the father of Freddy Krueger in Freddy’s Dead: The Final Nightmare (1991), and himself on That ’70s Show (1998) and Something Wilder (1994). The decade also saw the release of his “Hey Stoopid” and “The Last Temptation”. Alice toured occasionally but took a break from releasing albums until 2000, when he released “Brutal Planet”. He followed this up with “Dragon Town”, “The Eyes of Alice Cooper” and “Dirty Diamonds”, and continues to tour regularly, performing shows with the bizarrely dark and horror-themed theatrics that he’s best known for.