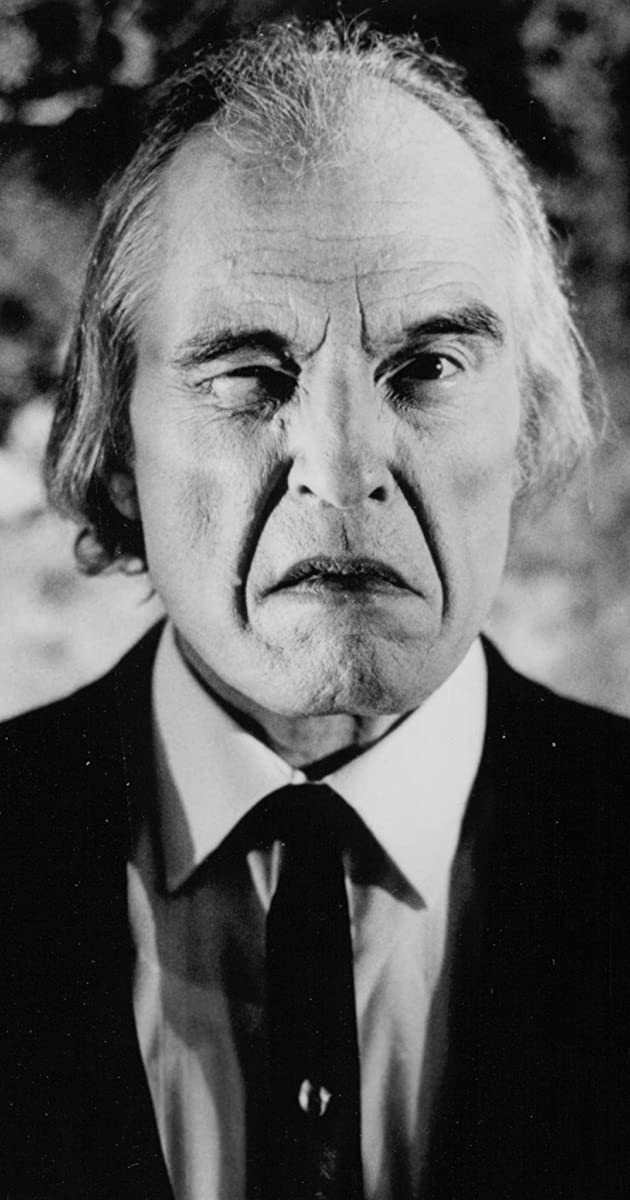 The evil screen villain Angus Scrimm, most famous as “The Tall Man” in Don Coscarelli’s Phantasm (1979) and its sequels, grew up in Kansas City, but in his teens moved to California and studied drama at USC under William C. de Mille (brother of Cecil B. DeMille). His film debut came as another “Tall Man” he played Abraham Lincoln in an educational film made by Encyclopaedia Brittanica, which led him to a steady career in theater, television and film. His big-screen debut was in Jim, the World’s Greatest (1975), directed by then 18-year-old Coscarelli. During this time he was using his birth name, Lawrence Rory Guy. He adopted the stage name Angus Scrimm three years later for his performance in Coscarelli’s horror/sci-fi opus “Phantasm”, which would mark Scrimm’s permanent impression upon modern cinema. His role as the infamous Tall Man has earned him the praise of critics worldwide, as well as a large following of fans. His success in the “Phantasm” films has been parlayed into numerous other malevolent roles including the evil Dr. Sin Do in The Lost Empire (1984), Vlad the Vampire King in Subspecies (1991) and the nefarious Dr. Lyme opposite Nicolas Cage and Charlie Sheen in Deadfall (1993). Scrimm did intriguing double duty as the diabolical Seer and the angelic Systems Operator in Mindwarp (1991), co-starring Bruce Campbell. He did a shock cameo in the Italian film Fatal Frames – Fotogrammi mortali (1996), opposite Stefania Stella and Donald Pleasence, and managed a gleeful parody of himself as the hulking henchman in Transylvania Twist (1989). Scrimm has not limited his career efforts to simply acting, however. As a journalist he has written and edited for “TV Guide”, “Cinema Magazine”, the now-defunct “Los Angeles Herald-Examiner” and other publications. He has also written liner notes for thousands of LPs and CDs, for just about every genre from classical music to jazz, from Frank Sinatra and The Beatles to Artur Rubinstein and Itzhak Perlman. He won a Grammy award for best album liner notes.