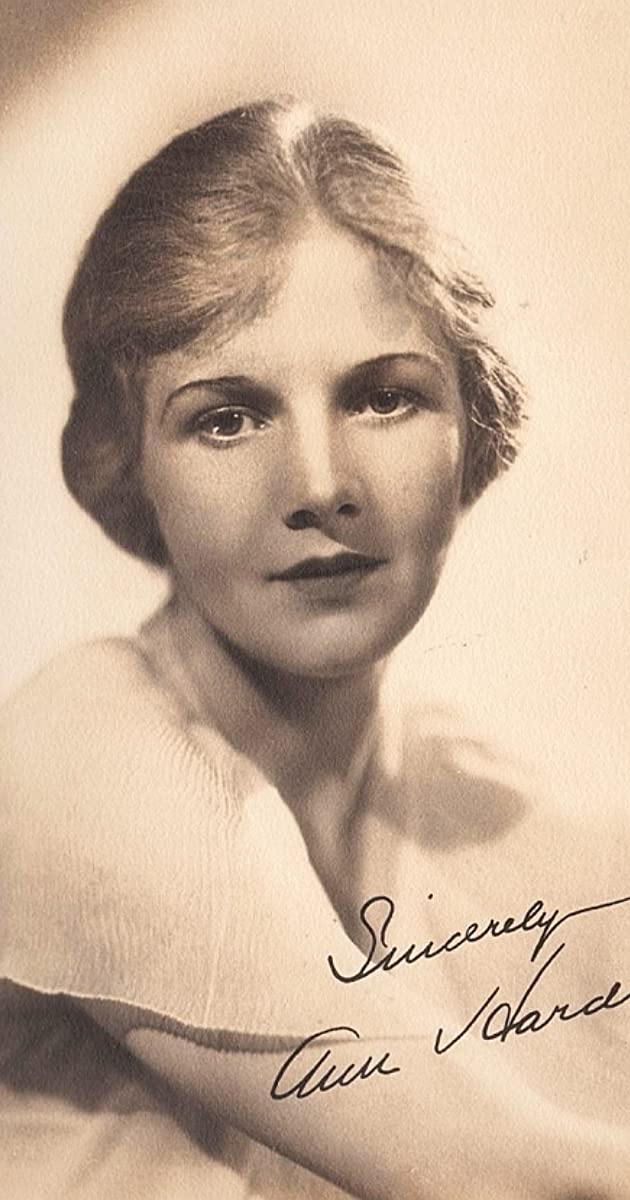 Ann, born Dorothy Gatley, spent most of her childhood as an “army brat” constantly moving around before the family finally settled in New York. Ann first appeared on the stage while she spent a year attending Bryn Mawr College. She became a clerk and freelance script reader with a film company before she made her stage debut in Greenwich Village. From there she went to Broadway, and when pictures needed actors who could walk and talk, she went to Hollywood. She was signed by Pathe and made her debut, with Fredric March in Paris Bound (1929). She became a leading lady, and the roles that she played were always the same, but her co-stars changed. She was the gentle, refined heroine as in The Woman in His House (1932), wherein she played Daisy, the rejected fiancée of Leslie Howard. By 1933, her popularity started to decline as she appeared in a parade of tearjerkers as someone always ready to sacrifice herself for the good of others. She quit films in 1937 when she married conductor Warner Janssen, but she could not stay away. She came back five years later in Eyes in the Night (1942). Her roles after that were mature character roles for the next five years. Another break, another three films, and then in 1956 she appeared once again with Fredric March, the man with whom she started her career in The Man in the Gray Flannel Suit (1956). She continued to appear sporadically on TV in the 1960s and died at age 79 in 1981.