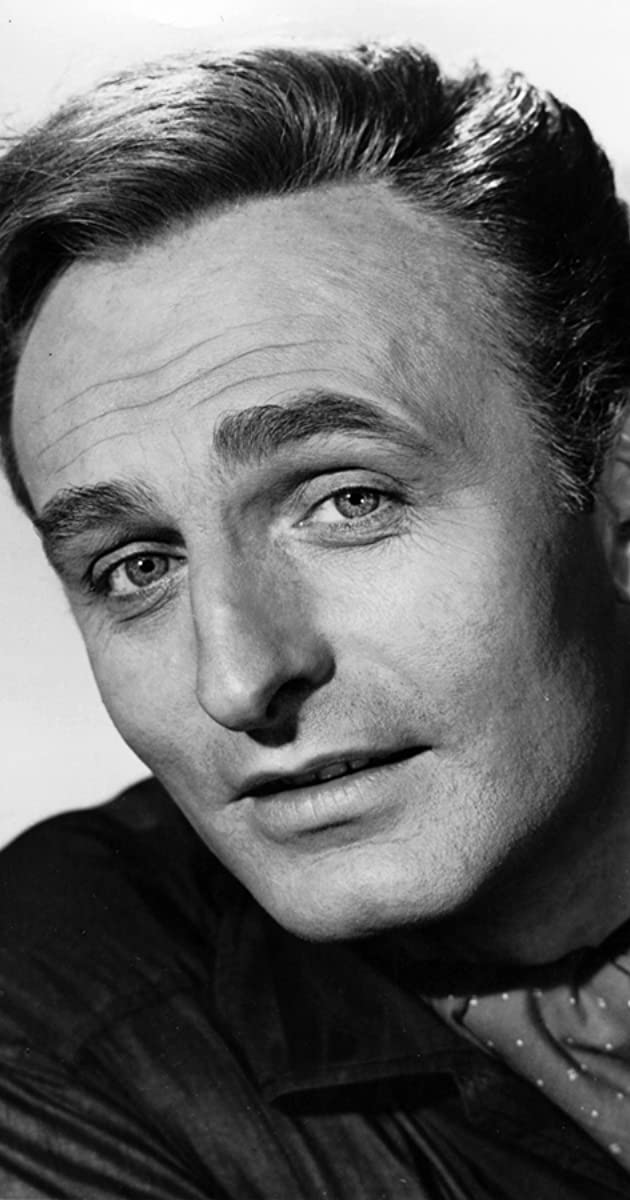 Anton Diffring was a character actor who worked continuously in motion pictures due to his aristocratic face and cool, clipped diction, making him ideal for typecasting in British and later American motion pictures as Nazis and other vile, despicable characters. What was ironic about his typecasting as a Nazi is that Diffring, born in Koblenz, Germany, on October 20, 1916, fled Nazi Germany in 1939.

He was the son of Bertha (Diffring) and Solomon/Samuel Pollack, a Jewish shop owner. He was born into a family that boasted generations of actors, and studied drama in Berlin and Vienna. At the outbreak of World War II, he fled Germany and wound up in Canada, where he was interned as an enemy alien for the duration of the war. It was in Canada where he began his acting career after World War II, working primarily there and in the US before moving to Britain in 1950.

He became popular playing Nazis in the postwar period, as the British film industry turned out film after film about the war, which created a great demand for actors who could convincingly play Nazis, the nastier the better. Diffring could play nasty, and his career as a character actor soared. He was still going at it in the 1960s, when he began appearing in American and international co-productions as German soldiers from both WW I and WW II, including The Blue Max (1966), Counterpoint (1968) and that Turner Network Television staple, Where Eagles Dare (1968). He was still going at it in the 1970s and 1980s, as he continued a nearly 40-year-long acting career that was terminated only by his death.

He was a much better actor than most of his roles required. Diffring broadened his range as an actor with stage and television work, but the movies continually beckoned, as casting agents were hooked on him when it came to Nazi roles. It was that face that did it; it was both his blessing and his curse. He had the light hair, the piercing blue eyes and the chiseled face of the haughty aristocrat, the German Junker, but it was a face that could telegraph much in the few seconds that was the average shot of a motion picture. As a character actor, he got much done with less (time).

In François Truffaut’s Fahrenheit 451 (1966) he was cast in all likelihood as a counterpart to the Austrian actor Oskar Werner, so that Werner’s own Teutonicness in the English setting wouldn’t be as arch. He excelled as Werner’s nemesis, as he could create a mood or signal an entire story line with just a look; dialog didn’t matter (he likely would have been a superstar in silent films, when it was “the faces” that mattered).

Diffring tried to break out of those silken villain roles, moving to Rome in 1968, but producers turned to him again and again to fill their needs for a foreign heavy. He appeared as one of the most infamous Nazis of all, Adolf Hitler’s hangman Reinhard Heydrich, in Operation: Daybreak (1975), and as Hitler’s foreign minister Joachim von Ribbentrop in the American mini-series The Winds of War (1983). It made him a good living and it made him known, even if it did not fulfill his artistic ambitions.

What made his career such a success in terms of its longevity and fecundity was that Diffring was an actor who was enjoyable to watch. From Jack Clayton’s I Am a Camera (1955) to Terence Fisher’s The Man Who Could Cheat Death (1959), from Samuel Fuller’s Tatort: Tote Taube in der Beethovenstraße (1972) to Ken Russell’s Valentino (1977), Diffring gave memorable performances, sandwiched in with all the Nazi heavies one career could possibly bear.