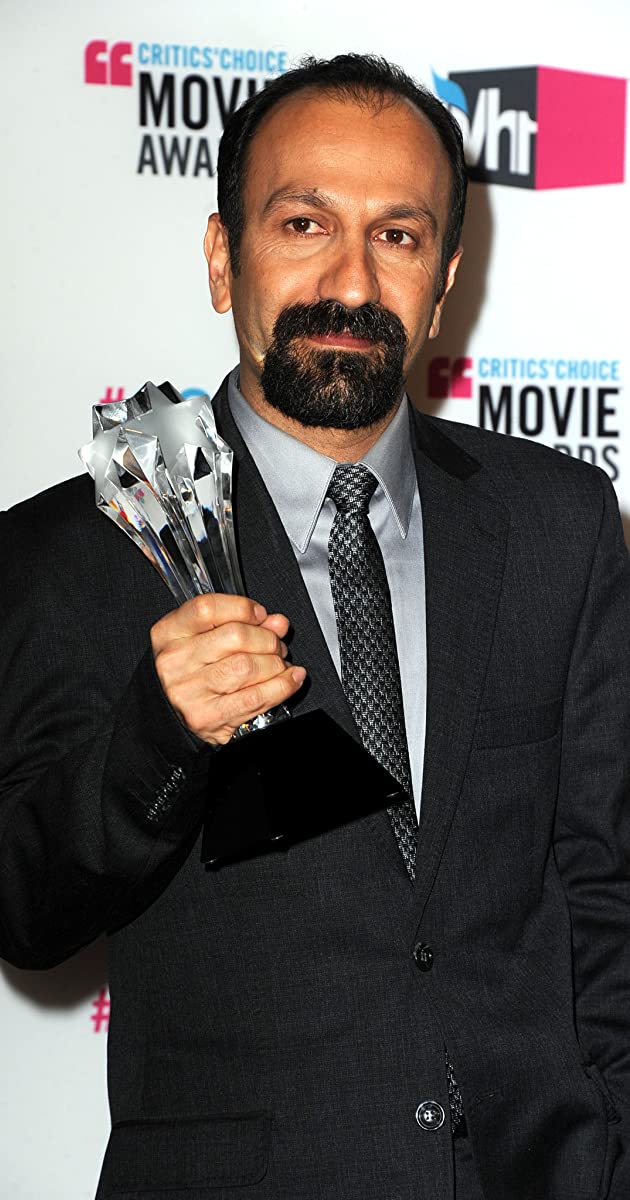 Asghar Farhadi was born in 1972 in Iran. He became interested in cinema in his teenage years and started his filmmaking education by joining the Youth Cinema Society of Esfahan in 1986 where he made 8mm and 16mm short films. He received his Bachelors in Theater from University of Tehran’s School of Dramatic Arts in 1998 and his Masters in Stage Direction from Tarbiat Modarres University a few years later. During these formative years, Farhadi made six shorts and two TV series for Iran’s National Broadcasting Corporation (IRIB) of which “A Tale of a City” is most noteworthy.

In 2001, he debuted in professional cinema by co-writing the script for Ertefae Past (2002) (Ertefae Past), a post-911 political farce chronicle of Southwest Iran, with famed war film director, Ebrahim Hatamikia. The film was met with both critical and public success. The following year, Farhadi made his directorial debut, Raghs dar ghobar (2003) (Raghs dar Ghobar), about a man forced to divorce his wife and go hunting snakes in the desert in order to repay his debts to his in-laws. The film earned recognition at Fajr and Moscow International Film Festivals and a year later, Beautiful City (2004) (Shahr-e-Ziba), a grave work about a young man condemned to death at the age of sixteen, received awards from Fajr and Warsaw International Film Festivals. His third film, Chaharshanbe-soori (2006) (Chaharshambe Soori), won the Gold Hugo at the 2006 Chicago International Film Festival. His fourth film, About Elly (2009) (Darbareye Elly) was called “a masterpiece” by film critic David Bordwell and won the Silver Bear for Best Director at 59th Berlin International Film Festival as well as Best Picture at Tribeca Film Festival. It was also Iran’s official submission for the Foreign Language Film competition of Academy Awards in 2009. His most recent film, A Separation (2011) (Jodaeiye Nader az Simin), became a sensation. It got critical acclaim inside and outside of Iran; Roger Ebert called it “the best picture of the year,” and it was awarded the Crystal Simorgh from Fajr Film Festival, Golden Bear and Prize of the Ecumenical Jury from Berlin International Film Festival, and also won Best Foreign Language Film from The Boston Society of Film Critics, Chicago and Los Angeles Film Critics Association, New York Film Critics Circle, National Board of Review, Golden Globes, César Award, Independent Spirit Award, and ultimately the Academy Award in the ‘Best Foreign Language Film of the Year,’ making him the first Iranian filmmaker ever to win an Oscar. His Oscar acceptance speech at the 84th Academy Awards, a message of peace in tens political times in his country, made him an instant hero amongst Iranians. His film also received nomination for the British Academy of Film and Television Arts (BAFTA) Award in the best ‘Film Not in the English Language’ category and for an Academy Award in the ‘Best Writing, Screenplay Written Directly for the Screen’ category. A few days after receiving an Oscar, Farhadi signed with the United Talent Agency (UTA).