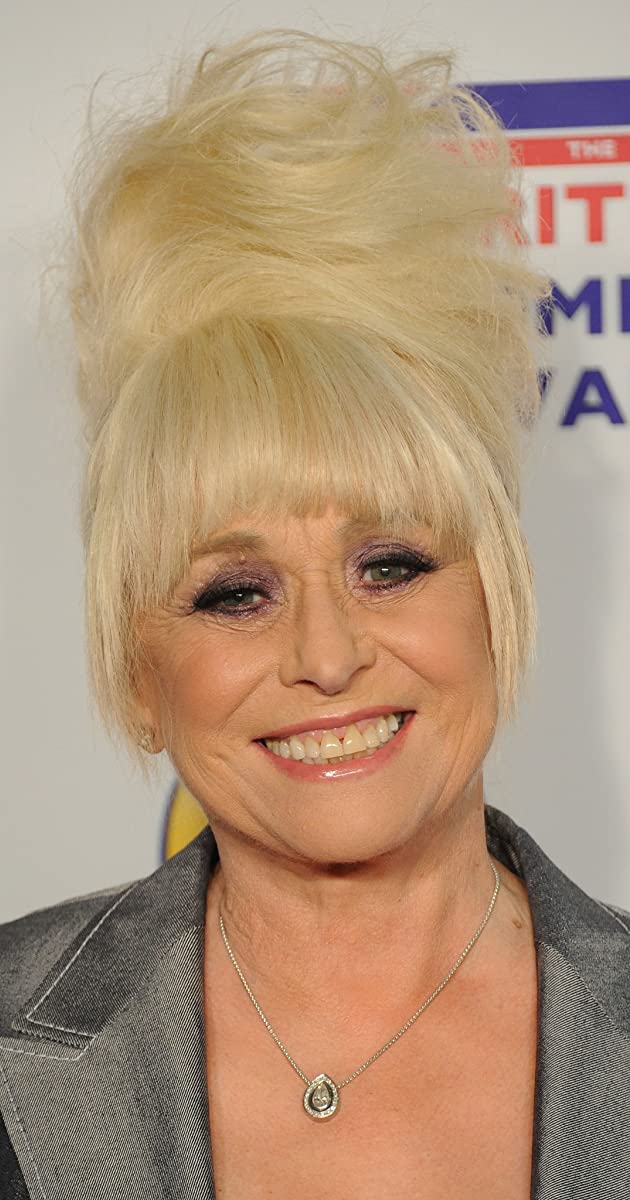 Barbara Windsor got a glimpse of theatrical life at an early age when her grandmother took her backstage at a theatre and she decided that was what she wanted to do. She attended several professional schools before making her stage debut at age 12. At 15 she got a job in the chorus line of a London musical and stayed with the show for the next two years, although she took some minor roles in films during that time. She did become well known in the London theatrical scene, but it was the series of “Carry On” comedies that made her a star. Although she appeared in only nine films in the long-running series (she left because she thought they were getting too risqué), she made such an impression as the basically goodhearted but dizzy sexpot that many of the series’ fans believe she was in many more than she actually was. She almost didn’t get the part originally, as she and series regular Kenneth Williams took an instant dislike to each other, but that was soon overcome and they became lifelong friends.

After she left the series she continued her stage and film work, and became a regular in a long-running British soap opera, EastEnders (1985) as the matriarch of “The Queen Vic” – “Peggy Mitchell”.