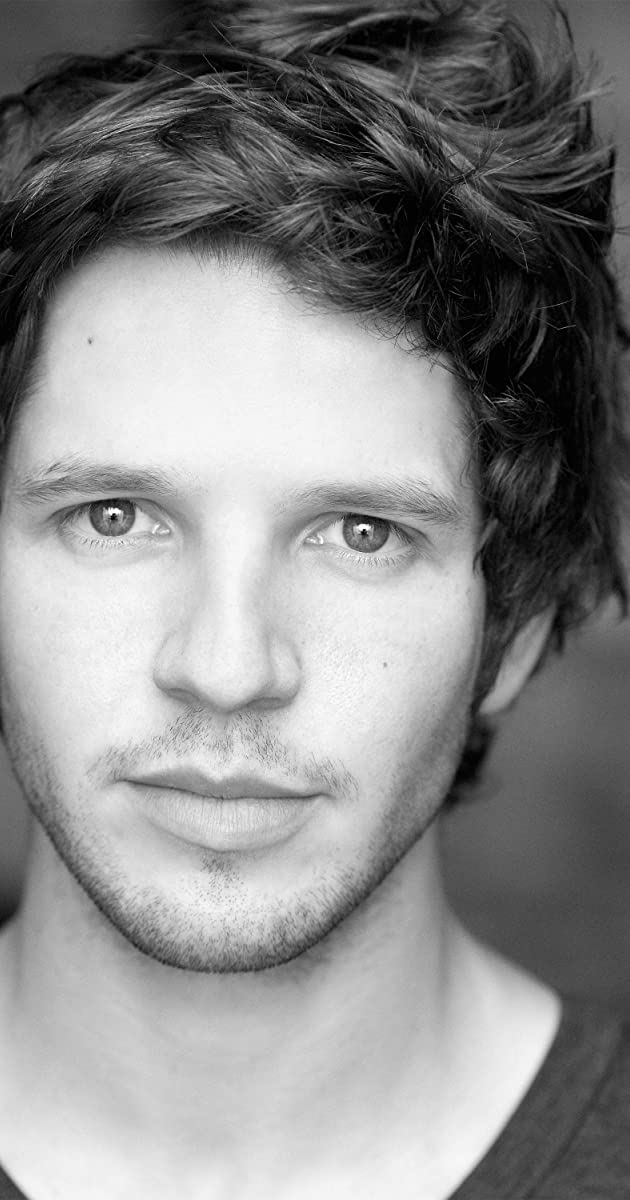 Damien Molony is an actor of stage, TV and film, best known for his television roles as Hal in BBC ‘Being Human’, DC Albert Flight in BBC ‘Ripper Street’, DS Jack Weston in ‘Suspects’ and Jon in ‘GameFace’. He grew up in Johnstown Bridge in Kildare, Ireland, where he was born on February 21 1984 but now lives in London, UK. From 2003 to 2007 he attended Trinity College, Dublin, where he obtained a degree in Business and Political Science and began his acting career in 2007 touring Ireland with the Balally Players in ‘Riders to the Sea’, for which he was nominated as best actor in the One Act Drama Festival. In 2008 he also appeared with the Kildare Youth Theatre in their production ‘A Vampire Story.’

Damien attended Drama Centre London 2008-2011, graduating with a BA in acting. While at drama school he performed in several theatre productions and played the male lead in award winning film short ‘When The Hurlburly’s Done’.

After being spotted in his drama showcase, he was offered the part of Giovanni in John Ford play ”Tis Pity She’s a Whore’, which ran 7 – 28 May 2011 at the Yorkshire Playhouse. While appearing in the play, he auditioned for and landed his first leading television role in BBC supernatural drama ‘Being Human’. Molony appeared in every episode of series 4 in 2012 and series 5 in 2013 as Hal Yorke, an over 500 year old vampire.

In 2012, Damien played the lead in National Theatre production ‘Travelling Light’, performing as two characters, Motl Mendl and Nate, in a 5 month tour across the UK and a worldwide cinema broadcast with National Theatre Live.

His stage career has gone from strength to strength ever since, appearing in one high profile theatre production after another, including Jason/Workman/Ray in Ander’s Lustgarten’s politically charged ‘If You Don’t Let Us Dream We, Won’t Let You Sleep’ at The Royal Court Theatre, London, 15 February – 9 March 2013 and as Dan O’Brien and multiple roles alongside William Gaminara in ‘The Body Of An American’ at the Gate Theatre, London 6 January – 8 February and the Royal & Derngate 27 February – 8 March 2014.

Damien returned to the National Theatre in 2015 when he played Spike in Tom Stoppard play ‘The Hard Problem’ from 28 January – 17 May 2015. The play was also broadcast live to cinemas across the world by NT Live.

Damien’s television slate grew when he joined the cast of Victorian BBC drama ‘Ripper Street’ in Series 2, as Irish Detective Constable Albert Flight. He appeared in 7 of 8 episodes, airing 4 November – 16 December 2013 on BBC One UK and 22 February – 12 April 2014 on BBC America, US. The drama is set in Whitechapel London, in the period immediately following the Jack the Ripper murders.

In the same year he also filmed a TV pilot for Jenji Kohan period drama ‘The Devil You Know’ playing Robert Putnam, alongside Eddie Izzard. The story is set in 17th century New England and focuses on the Salem witch trials. The pilot is yet to air.

Molony made his big screen debut playing Ross in dark comedy feature film ‘Kill Your Friends’ alongside Nicolas Hoult. The film toured the international film festival circuit and had a UK release in 2015.

In January 2016 Damien appeared in a new TV role as Anthony in Phoebe Waller- Bridge penned ‘Crashing’. The first series of the quirky comedy sitcom was well received by UK and international audiences when it landed on Netflix across the world later in the year.

Damien was also back on stage in September 2017 in ‘King Lear’ at Chichester Festival Theatre, appearing with Ian McKellen (in the titular role) for the second time.

In his next TV role, Damien starred alongside Roisin Conaty in her new comedy series ‘GameFace’, airing on UK TV 12 October to 9 November 2017, shortly followed by releases on international VoD platforms in the US, Australia and new Zealand. The show was renewed for a second series in 2018.

In October 2018 Damien starred in his first ever web series ‘Right Now’, Rob Cawsey’s new comedy based on Grindr hook-ups.

After a long delay due to the Weinstein scandal, ‘The Current War’ finally had a theatrical release worldwide in the second half of 2019, opening in UK cinemas 26 July and set for 4 October in the US.

His next TV role saw Damien back as Jon in Roisin Conaty’s comedy ‘GameFace’, airing on Channel 4 from 17 July 2019. He will also be appearing in ‘Brassic’ when it premieres 22 August on Sky One and NOW TV.

In 2019 Damien also stars in two short films; the animated stop motion ‘The Fabric Of You’ in which he voices the character Michael alongside Ian Glenn as Isaac, which premiered at Edinburgh Film Festival, and ‘Keep Breathing’ which has a sexual consent theme and is inspired by the ‘Me Too’ movement, alongside Emmeline Hartley.

He has most recently been announced as cast in BBC One legal drama ‘The Split’ and will appear as the character Tyler Donaghue in the second series, which airs late 2019 /early 2020.