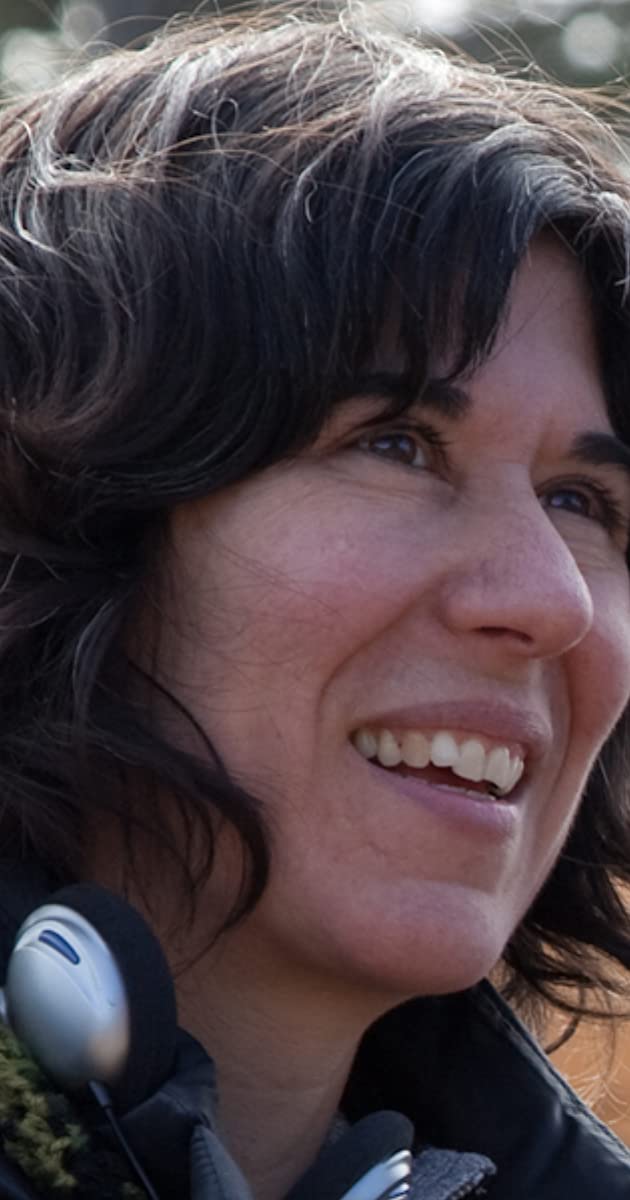 Debra Granik (born February 6, 1963) is an American New York City-based independent film and documentary film director and screenwriter. She is most known for 2004’s Down to the Bone, which starred Vera Farmiga, 2010’s Winter’s Bone, which starred Jennifer Lawrence in her breakout performance and for which Granik was nominated for Academy Award for Best Picture and Best Adapted Screenplay, and 2018’s Leave No Trace, a film based on the book My Abandonment by Peter Rock.

Granik was born in Cambridge, Massachusetts, to father William R. Granik, who was an attorney with H.U.D. who litigated fair housing, and mother Marian Gay. She grew up in the suburbs of Washington D.C. Granik is the granddaughter of broadcast pioneer Ted Granik (1907-1970), founder and moderator of the long-run public affairs panel discussion program, The American Forum of the Air, on from 1934 to 1956, first on the radio and later on television. Granik is from a Jewish family.

In 1985, Granik received her B.A. in political science from Brandeis University. As an undergraduate at Brandeis, Granik also took classes at the Studio for Interrelated Media at the Massachusetts College of Art. In 2001, Granik received an MFA from NYU’s Tisch School of the Arts.

While at Brandeis, Granik took Henry Felt’s film and media workshop production class and volunteered with the Boston grassroots filmmaking organization Women’s Video Collective. She also took film classes at the Studio for Interrelated Media at the Massachusetts College of Art. During this time, Granik made educational films for trade unions on subjects like workplace health and safety, one of which was made for the Massachusetts Division of Occupational Safety. Granik worked in production on educational media projects, eventually working on long form documentaries by Boston-area filmmakers before deciding to go to graduate school for filmmaking at New York University.

In 1997, Granik directed her first short film, Snake Feed, as her senior thesis with the mentorship of NYU film professor Boris Frumin, who was instrumental in sharing his love of post-World War II European neorealist films. Snake Feed, which began its life as a 7-minute documentary portrait exercise, was accepted into Sundance Institute’s Lab Program for screenwriting and directing. Granik workshopped and developed the short film into a feature film at the Sundance Lab. Granik has said that Snake Feed was a work of narrative fiction, with the main characters, recovering addict Irene and her boyfriend Rick, playing dramatized versions of themselves.

Granik’s second feature, 2010’s Winter’s Bone, was an adaptation by Granik and Rosellini of the 2006 novel by Daniel Woodrell. It is the story of Ree Dolly, a teenager living in the Missouri’s Ozark Mountains who is the sole caretaker of her two younger siblings and her catatonic mother. She is forced to hunt down her missing drug-dealing father in order to save her family from eviction.

The film starred a then-unknown Jennifer Lawrence and John Hawkes and won the Grand Jury Prize: Dramatic Film at the 2010 Sundance Film Festival, which led to a distribution deal with Roadside Attractions. Winter’s Bone won the Seattle International Film Festival Golden Space Needle Audience Award for Best Director and Best Actress award for Jennifer Lawrence. In 2011, Winter’s Bone was nominated for four Academy Awards: Best Picture, Best Adapted Screenplay, Best Actress for Jennifer Lawrence and Best Supporting Actor for John Hawkes. The film featured a soundtrack made up of old time gospel, bluegrass, and traditional music found in the Ozarks and was produced by Steve Peters. It features the singing of Marideth Sisco, who worked as a music and folklore consultant for the region, and also appeared in the Winter’s Bone. The actor John Hawkes sings one track on the soundtrack.

Winter’s Bone was shot on location in the Ozark area of southern Missouri. Granik cast many of the supporting roles with first-time actors from the surrounding area and all of the homes on screen were established Ozark homes-no sets were built for this film. For the look of the film, Granik kept most of the established aesthetics of the homes in which they were shooting and many of the few mementos that were added to the homes were contributed by Ozark people in the community.

Granik produced and directed an HBO television pilot called American High Life. The show was a family drama that “follows a young career woman to her economically depressed small home town in the midwest.”The show was not picked up.

Granik developed a film adaption of Rule of the Bone, the 1995 novel by Russell Banks, but the project is still in development.

In 2014, Granik’s film, Stray Dog, was released. The film is a documentary about a man named Ron Hall, whose nickname is “Stray Dog,” and portrays his life as an avid biker and Vietnam Veteran who sometimes struggles with PTSD. The film documents Hall’s participation in an annual pilgrimage motorcycle ride called “Ride to the Wall” with fellow biker Vietnam vets from all over the country where they ride to the Vietnam Veterans Memorial in Washington, D.C. Granik had met Hall, who had a small role on Winter’s Bone, during filming.

Granik directed the drama Leave No Trace, starring Ben Foster and newcomer Thomasin McKenzie, which was released in 2018, domestically by Bleecker Street and internationally by Sony Worldwide Acquisitions. The film tells the story of a father and daughter who illegally live on government land and are forced to adapt to more traditional living in mainstream life. It examines ideas of self-reliance and community, and was a critics’ pick of The New York Times. Leave No Trace premiered at the 2018 Sundance Film Festival, and played at the Cannes Film Festival, and was shot in the forested areas of Oregon, including Forest Park near Portland, Oregon, over the course of 30 days. In addition to Oregon, Washington state was used for locations, with some scenes shot at a Christmas tree farm. Leave No Trace took approximately three and a half years to develop, from the first time Granik read Peter Rock’s novel, My Abandonment, on which the film was based.

Other projects Granik has in development include a documentary about life after being released from jail and the subject of recidivism in East Baltimore – that was to feature Felicia “Snoop” Pearson from The Wire and elements of her memoir, Grace After Midnight – but is now a documentary about four former inmates in New York City.

Another project is a film based on Barbara Ehrenreich’s book, Nickel and Dimed: On (Not) Getting By in America, which focuses on poverty and the working poor in America