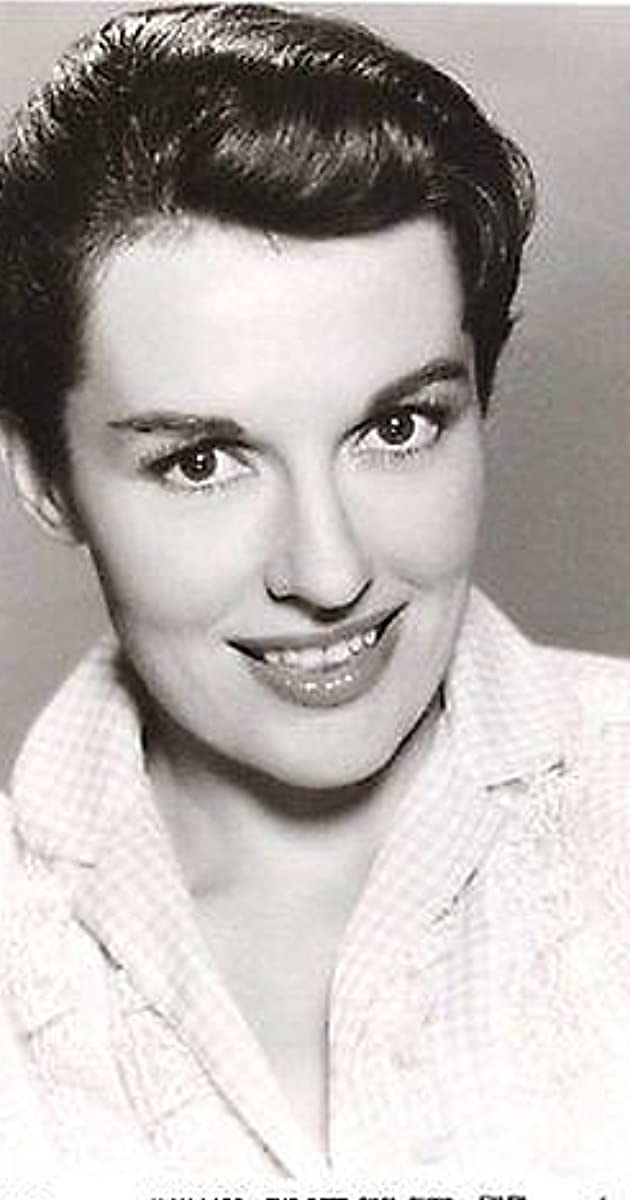 A curvaceous and comely lead and second lead actress of the 1950s and 1960s screen, Dianne Foster was born with the unlikely stage name of Olga Helen Laruska on October 31, 1928 in Edmonton, Alberta, Canada. Of Ukrainian parentage, she began her stage career performing in high school plays and in local community theater productions. Her school drama teacher saw extreme promise in her and encouraged her to continue her studies. Dianne then enrolled at the University of Alberta and majored in drama.

She eventually found work in Toronto as a model and as both a radio and stage actress. Encouraged again by her high school teacher, she saved up enough money to go to England for further training and to find work. She won a stage role in the play “The Hollow” starring Jeanne De Casalis that later toured. Following a radio job with Orson Welles, she was handed (by Welles) the part of Cassio’s whore in a West End production of “Othello” while Laurence Olivier was holding court at the St James Theater. Welles and Peter Finch starred as Othello and Iago, respectively, with Olivier in the director’s seat.

After establishing herself as a “bad girl” second lead in such “B” level British films as The Quiet Woman (1951), in which she played a scheming ex-girlfriend of Derek Bond and The Lost Hours (1952) as a temptress opposite Mark Stevens, Dianne was encouraged to come to Hollywood in the early 1950’s. Her first role in Hollywood was as a British character in a TV episode of “Four Star Playhouse” opposite ‘David Niven’. As a result of her fine performance, Harry Cohn placed her under a Columbia Pictures contract even though she had not yet secured an agent. Most of her subsequent films were standard adventures in which she provided a pleasant diversion from the rugged action going on around her. On occasion she was handed more substantial roles.

Dianne made a sturdy US cinematic debut in the film noir favorite Bad for Each Other (1953) as a dedicated nurse and love interest to Dr. Charlton Heston. It was Lizabeth Scott who played the bad girl here. Dianne would make a strong stand in westerns notably opposite Dana Andrews in Three Hours to Kill (1954), Glenn Ford and Edward G. Robinson in Rough Company (1955) and James Stewart and Audie Murphy in Night Passage (1957). She was also quite good, if not better, as Richard Conte’s wife in The Brothers Rico (1957) as they struggle together to distance him from his mob ties. On occasion Dianne returned to England to film where she appeared in Isn’t Life Wonderful! (1953), as a snooty American heiress out to impress Robert Urquhart, and, briefly, in Gideon’s Day (1958) as Ronald Howard’s wife who threatens Jack Hawkins’ title character. Her last two films of the 1950s were opposite Alan Ladd in The Deep Six (1958) and Spencer Tracy in The Last Hurrah (1958).

Married twice, Dianne has one child from her first marriage and twins from her second. She retired in order to focused on marriage and family, as well as painting. She continues to live in California.