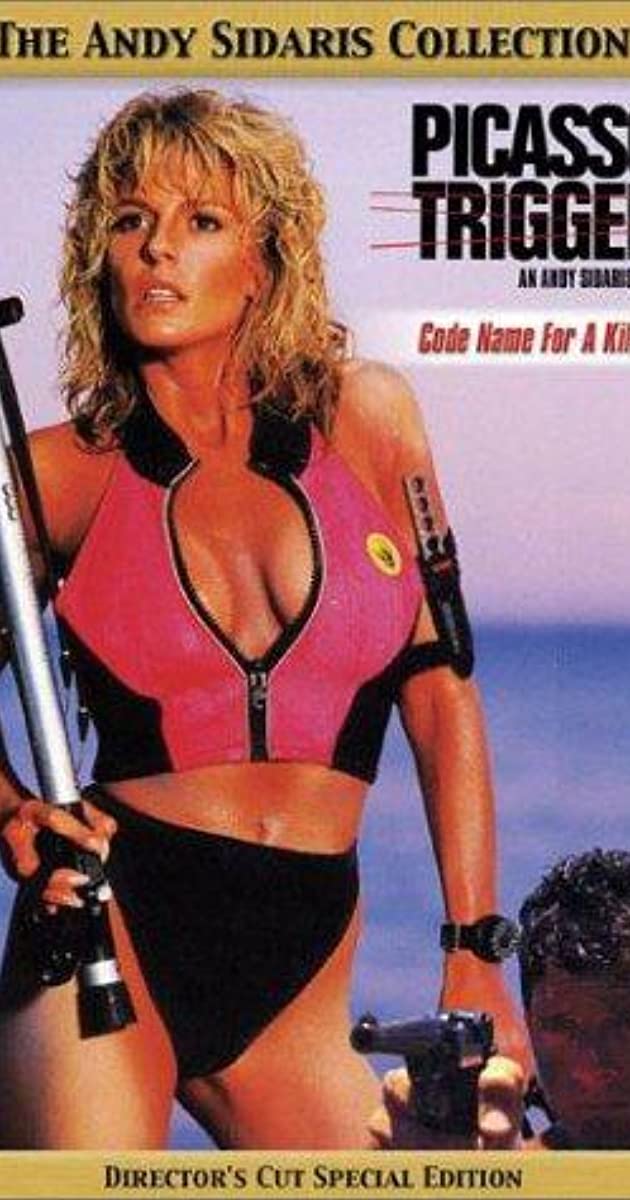 Shapely and statuesque blonde knockout Dona Speir was born on February 7, 1964 in Norwalk, California. The former high school gymnast and track star enjoyed an active career as an international model and brand ambassador before (and after) her selection as Playboy’s Playmate of the Month in the March 1984.

Appearances in a series of videos produced by Playboy followed, as did additional pictorials in national and international issues of the popular men’s magazine. When Hollywood came calling, Dona Speir made guest appearances on episodes of popular TV shows including “Mike Hammer,” “Matt Houston,” “Knight Rider,” and “Married with Children.” Her career as an actress found its stride-and a new fan base–with her portrayal of tough, gun-toting (fictional) federal drug enforcement agent Donna Hamilton in (7) seven action features for director Andy Sidaris: “Hard Ticket to Hawaii,” “Picasso Trigger,” “Savage Beach,” “Guns,” “Do or Die,” “Hard Hunted,” and “Fit to Kill.” Additional roles as a hard-edged veteran model in “Click: The Calendar Girl Killer”, along with smaller parts in the major motion films “Dragnet,” “Mortuary Academy” and “Doin’ Time, kept her active and in front of a camera through the 1990’s.

As the 20th century became the 21st century, Dona Speir focused attention on her work as a spokesperson, motivational speaker and personal growth counselor including working as Personal Recovery Assistant (PRI). In 2018, she earned accreditation as a NCRCI, NCRCII, NCIP (Recovery Coach I, II, Interventions) and has made her service to the addiction and recovery community a top priority.

In 2019, Dona will embark on a North American media tour to coincide with the 35th anniversary of her Playboy centerfold, running concurrently with speaking engagements in support of her first book “Naked Truth: The Fall and Rise of Dona Speir”. Still a California resident, Dona has added collecting rare mineral specimens to her list of passions, which include; riding Harley-Davidson motorcycles, contemporary art, adventure travel and an advocacy for animal rights and rescue.