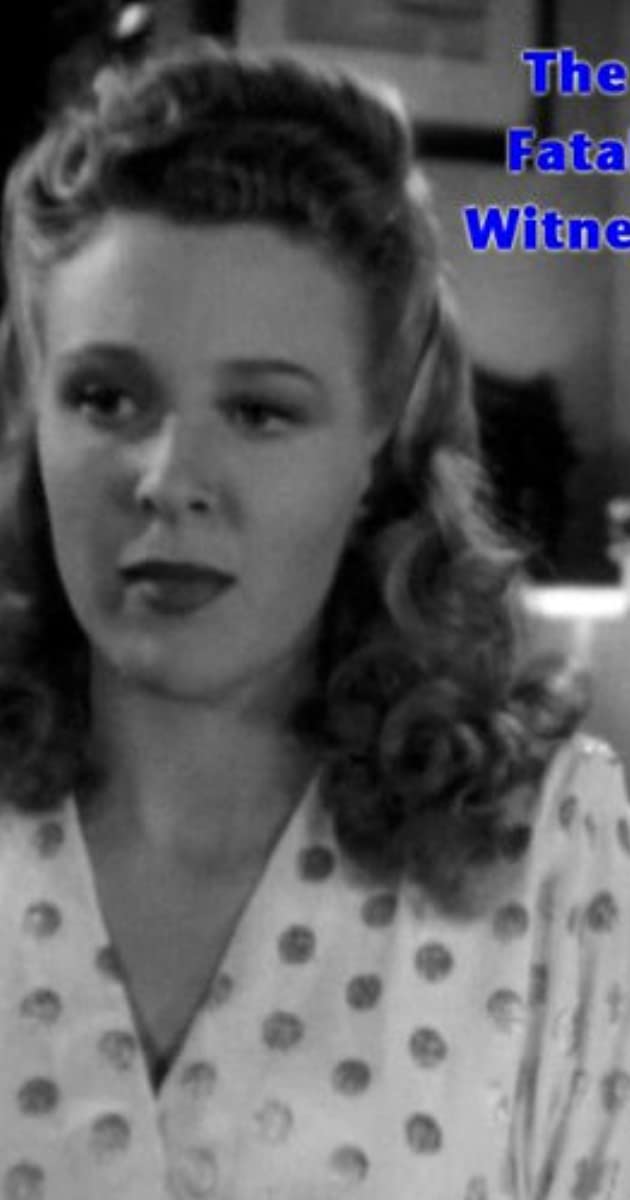 Evelyn Ankers, a beautiful movie actress who was a staple of Universal’s horror films in the 1940s, was born in Chile to English parents in 1918. Her parents repatriated the family back to England in the 1920s, and it was in Old Blighty that Ankers developed a desire to become an actress.

She began appearing in small roles in English movies in the mid 1930s while she was still in school. She appeared in Fire Over England (1937) with Laurence Olivier and Vivien Leigh and in Bells of St. Mary’s (1937). A beauty with talent, she soon won starring roles in the low-budget The Villiers Diamond (1938) and The Claydon Treasure Mystery (1938).

With war clouds darkening the skies over Europe, Ankers emigrated to the United States and was signed to a contract by Universal in 1940. She made her Universal debut in the Abbott and Costello comedy-horror picture Hold That Ghost (1941) before appearing in the horror film classic The Wolf Man (1941) opposite Lon Chaney Jr.. Ankers found herself cast into the horror picture ghetto, appearing in three more Chaney fright films, The Ghost of Frankenstein (1942), Son of Dracula (1943) and The Frozen Ghost (1945), during a period in which she was cast ashore with a sarong-less Jon Hall in The Invisible Man’s Revenge (1944). She also appeared in support of Basil Rathbone’s Sherlock Holmes in Sherlock Holmes and the Voice of Terror (1942) and The Pearl of Death (1944).

Ankers married B-movie hunk Richard Denning in 1942 and made a go articulating the anxieties of the home front while her husband was off to war. Horror flicks were popular during World War II, but after the cessation of hostilities in 1945, they went out of favor with audiences. Ankers’ career, mated to the genre at Universal, suffered.

She quit Universal in 1945 and freelanced at Columbia and Poverty Row’s Producers Releasing Corporation (PRC) and Republic Pictures in dramas and mysteries. Evelyn co-starred with her returned husband, Richard, in the major release Black Beauty (1946) for 20th Century Fox. For PRC, she headlined Queen of Burlesque (1946) and later co-starred with Lex Barker in Tarzan’s Magic Fountain (1949).

As the 1950s dawned, a decade of conformity and family values, Ankers quit the movies for married life and motherhood after making The Judge Has an Alibi (1950), in which she was first-billed. She was 32 years old. A decade later, Ankers came out of retirement to make one final screen appearance, in her hubby’s No Greater Love (1960).