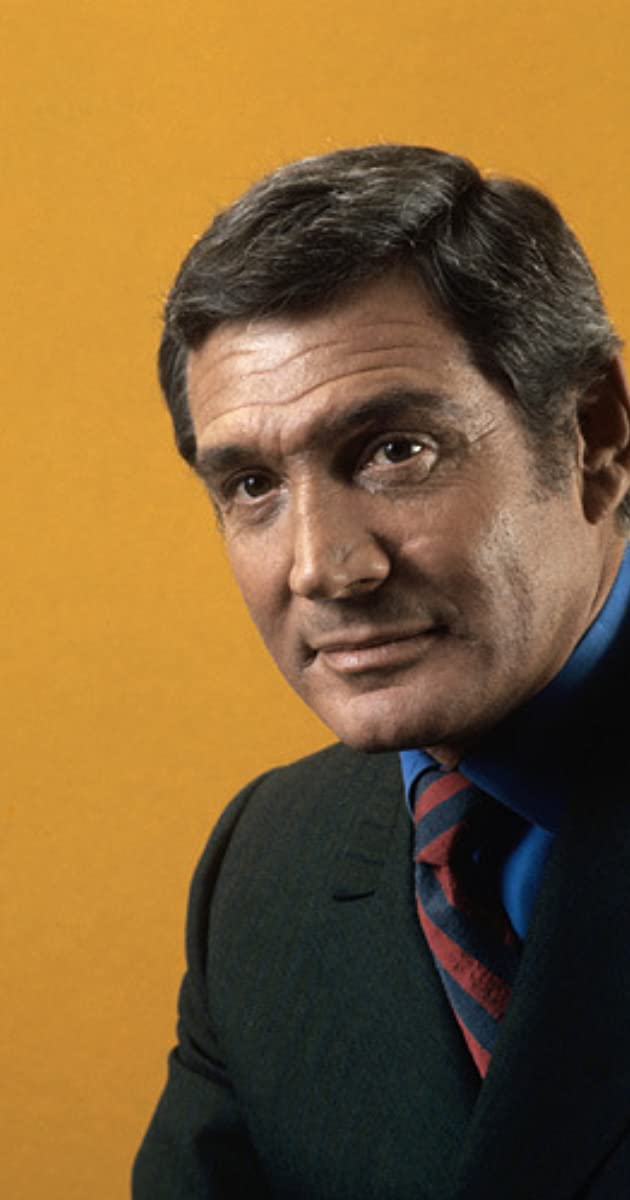 With effortless class and elegant charm Gene Barry took 50’s and 60’s TV by storm, after a rather lackluster start on the musical stage and in films. Born Eugene Klass in New York City on June 14, 1919, to Martin (an amateur violinist), and Eva (an amateur singer), he showed a gift at an early age as a violin virtuoso, obviously inherited from his father. After attending various public schools, he graduated Valedictorian from New Utrecht High School in Brooklyn, New York.

Possessing an impressive baritone voice, he concentrated on singing after breaking his arm playing football in school ended any thoughts of a symphonic career. At age 17 he earned a singing scholarship awarded by David Sarnoff (the head of RCA at the time), to the Chatham Square School of Music, and studied there for two years. In the meantime Gene found work in nightclubs, choirs, fairs and emceeing variety shows, and briefly appeared on the vaudeville stage and on radio, winning a prize on Arthur Godfrey’s “Talent Scouts” program.

The young actor made it to Broadway in 1942 with the musical “New Moon”, and went on to appear in the 1944 Mae West vehicle “Catherine Was Great”, where he met and subsequently married chorus girl Betty Barry, whose stage name was Julie Carson at the time. For the rest of the decade, Gene appeared in a random selection of plays and musicals, which did little to elevate his Broadway standing. Hollywood finally beckoned in the 1950’s, after gaining some notice on the program “Hollywood Screen Test”, and Paramount signed him to a contract.

Gene had stoic co-starring roles in such dramatic “B” films as The Atomic City (1952) (his debut movie), Those Redheads from Seattle (1953), and Alaska Seas (1954), none of which capitalized on his singing ability. The one movie in which he did sing, Red Garters (1954), did not fare well with the public. His most recognizable role during this period was as Dr. Clayton Forrester, a scientist who finds himself in the midst of a Martian invasion in the cult science-fiction classic The War of the Worlds (1953).

Television became his preferred medium after being offered the title role in Bat Masterson (1958), and he quickly established a very successful niche as a suave, dapper gentleman in this and other TV productions. Despite the elegant, globe-trotting typecast that befell him, his other TV characters proved just as well-received: jet-setting detective Amos Burke in Burke’s Law (1963), for which he won a Golden Globe, and the impeccably dressed publishing tycoon Glenn Howard in The Name of the Game (1968). Gene revisited the stage and cabaret venues in the 1970’s when his on-camera career hit a lull, appearing frequently with his wife as his leading lady.

The singer/actor made a triumphant return to Broadway in 1983, starring as a wealthy gay socialite in the musical version of the popular French film La Cage aux Folles (1978), earning him a Tony nomination – but he lost the award to his more flamboyant co-star George Hearn. After a year on Broadway, he joined the road company in San Francisco, and played Los Angeles for a lengthy run. Other musicals included “On a Clear Day You Can See Forever”, “Watergate: The Musical” (as Nixon), “Fiddler on the Roof” (with his wife) and “No, No, Nanette”. Gene also appeared in his one-man cabaret show entitled “Gene Barry in One” from time to time.

In later years he made only occasional TV and stage appearances (bringing back his famous characters Bat Masterson and Amos Burke, much to the enjoyment of his fans), preferring to indulge in his favorite hobby – painting. He made a very brief return to feature films, sharing a cameo scene with one-time co-star Ann Robinson in Steven Spielberg’s epic remake of The War of the Worlds (2005), with both of them playing the Tom Cruise character’s mother and father in-law. Gene was a political activist, a passion he shared with his wife Betty, who sadly died in 2003 after an almost 60 year marriage. The couple had two sons of their own, and later in life they adopted a daughter. Gene passed away on December 9, 2009 at the age of 90.