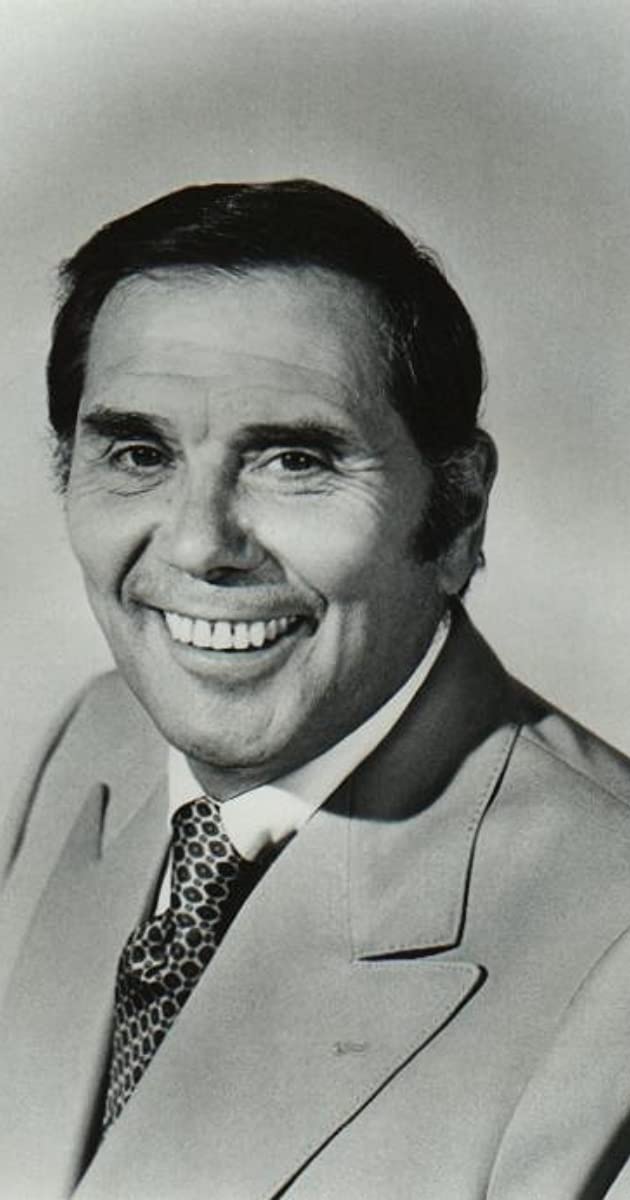 Gene Rayburn was born on December 22, 1917, in Christopher, Illinois. After his father died at a very young age, his mother moved to Chicago and married Milan Rubessa, and Gene adopted his stepfather’s name. As Gene Rubessa, he acted in high school plays and hoped to follow an acting career. He moved to New York City in the 1930s where he was a page for NBC, later working as an usher for the NBC symphony orchestra. Before World War Two, he went to announcers school and worked with various radio personalities around New York City. He married Helen Tricknor, in 1940, with whom he had one child, Lynn, in 1942. Soon afterwards, he was called to Military Service and joined the U.S. Air Corps. After the war, Gene worked on the “Rayburn and Finch Show” and, later, the “Gene Rayburn Show” in the early fifties. During the 50s, Rayburn was instrumental in highlighting corruption on radio, by playing an older song so many times that it became a hit. This was alleged to have proved that record promoters could pay DJs to play records on stations for bribes, making the songs very popular, albeit for a price. His breakthrough came in the mid-50s as the announcer on Tonight! (1953), with Steve Allen. Rayburn and Allen were associated on Tonight! (1953) Show for three years and Rayburn became a household name for many years after that. In 1955, he hosted his first game show called The Sky’s the Limit (1954). Subsequent game shows included The Match Game (1962), Make the Connection (1955), Musical Chairs (1955), Play Your Hunch (1958), Tic Tac Dough (1956) and Dough Re Mi (1960). He always flew by jet from his home in Massachusetts to host his various shows. Rayburn was also a Broadway performer, and appeared in plays such as. Charles Nelson Reilly was his understudy. He also had a small part in the movie, It Happened to Jane (1959).