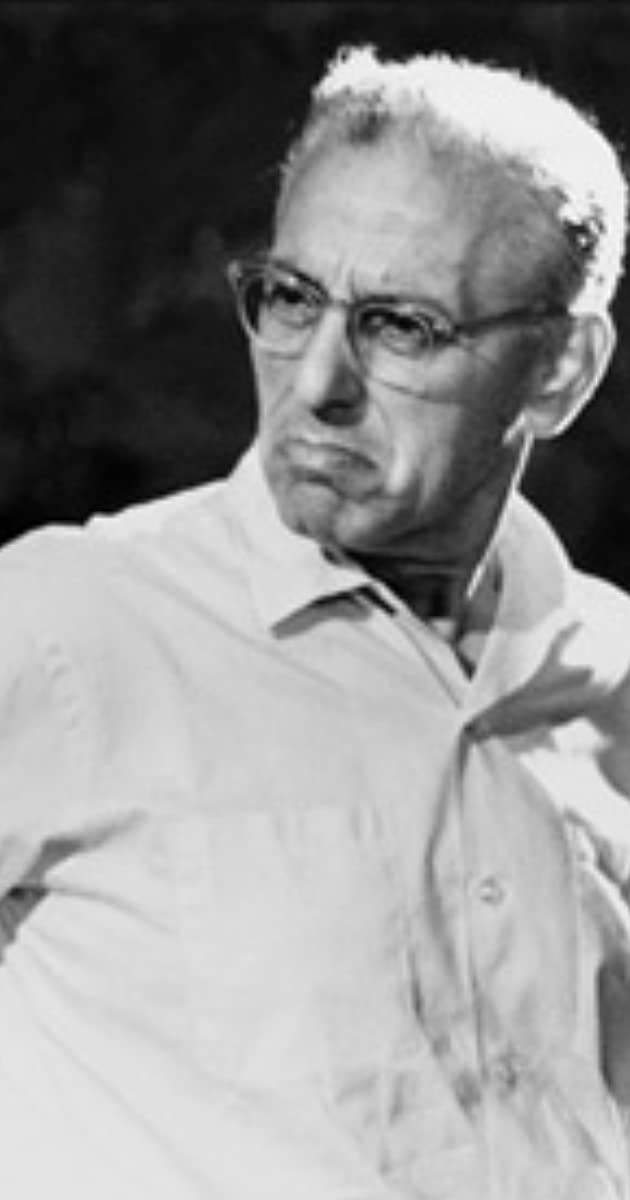 George Cukor was an American film director of Hungarian-Jewish descent, better known for directing comedies and literary adaptations. He once won the Academy Award for Best Director, and was nominated other four times for the same Award.

In 1899, George Dewey Cukor was born on the Lower East Side of Manhattan in New York City. His parents were assistant district attorney Viktor Cukor and his wife Helén Ilona Gross. His middle name “Dewey” was in reference to admiral George Dewey (1837-1917), who was considered a war hero for his victory in the Battle of Manila Bay (1898).

As a child, Cukor received dancing lessons. He fell in love with the theatre, and appeared in several amateur plays. In 1906, Cukor performed in a recital with David O. Selznick (1902-1965), who would later become a close friend.

As a teenager, Cukor often visited the New York Hippodrome, a well-known theatre in New York City. He often cut classes while attending high school, in order to attend afternoon matinees. He later took a job as a supernumerary with the Metropolitan Opera, and at times performed there in black-face.

Cukor graduated from the DeWitt Clinton High School in 1917. His father wanted him to follow a legal career, and had his son enrolled City College of New York. Cucor lost interest in his studies and dropped out of college in 1918. He then took a job as an assistant stage manager and bit player for a touring production of the British musical “The Better ‘Ole”. The musical was an adaptation of the then-popular British comic strip “Old Bill” by Bruce Bairnsfather (1887-1959).

Cukor great critical acclaim in 1926 for directing “The Great Gatsby”, an adaptation of a then-popular novel by F. Scott Fitzgerald (1896-1940). He directed six more Broadway productions until 1929. At the time, Hollywood film studios were recruiting New York theater talent for sound films. Cukor was hired by Paramount Pictures . He started as an apprentice director, before the studio lent him to Universal Pictures. His first notable film work was serving as a dialogue director for “All Quiet on the Western Front” (1930).

After returning to Paramount Pictures, he started serving as a co-director for films. His first solo directorial effort was “Tarnished Lady” (1931). At the time he had a weekly salary of 1500 dollars. Cukor co-directed the film “One Hour with You” (1932) with Ernst Lubitsch, but Lubitsch demanded sole directorial credit for the film. Cukor filed a legal suit, but eventually had to settle for a credit as the film’s assistant director. Cukor left Paramount in protest, and took a new job with RKO Studios.

During the 1930s, Cukor was entrusted with directing films for RKO’s leading actresses. He worked often with actress Katharine Hepburn (1907-2003), although not always with box-office success. He directed such box office hits as “Little Women” (1933) and “Holiday” (1938), but also notable flops as “Sylvia Scarlett” (1935).

In 1936, Cukor was assigned to work on the film adaptation of the popular novel “Gone with the Wind” by Margaret Mitchell. He spend the next two years preoccupied with the film’s pre-production, and with supervising screen tests for actresses seeking to play leading character Scarlett O’Hara. Cukor reportedly favored casting either Katharine Hepburn, or Paulette Goddard for the role. Producer David O. Selznick refused to cast either one. Hepburn had a recent string of box office flops and was viewed as “box office poison”, while Goddard was rumored to have a scandalous affair with Charlie Chaplin (1889-1977) and her reputation suffered for it.

Cukor did not get to direct “Gone with the Wind”, as Selznick decided to assign the directing duties to fellow director Victor Fleming (1889-1949). Cukor’s involvement with the film was limited to coaching actresses Vivien Leigh (1913-1967) and Olivia de Havilland (1916-). Cukor also did not get a directing credit “The Wizard of Oz” (1939), though he was responsible for several casting and costuming decisions for the film.

Cukor directed an all-female cast in “The Women” (1939), Greta Garbo’s final film performance in “Two-Faced Woman” (1941). His film career was interrupted by World War II, as he joined the Signal Corps in 1942. Given his experience as a film director, Cukor was soon assigned to producing training and instructional films for army personnel. He wanted to gain an officer’s commission, but was denied promotion above the rank of private. Cukor suspected that his rumored homosexuality was why he never received a promotion.

Most of Cukor’s films until the early 1950s were in black-and-white. His first film in Technicolor was “A Star Is Born” (1954), with Judy Garland as the leading actress. Casting the male lead for the film proved difficult, as several major stars were either not interested in the role or were considered unsuitable by the studio. Cukor had to settle for James Mason as the male lead. The film was successful, and received 6 Academy Award nomination. Cukor himself was not nominated for a directing award.

Cukor had a hand full of critical successes over the following years, such as “Les Girls” (1957) and “Wild Is the Wind” (1957). He was the director of the unfinished film “Something’s Got to Give” (1962), which had a troubled production and went at least 2 million dollars over budget before it was terminated.

Cukor had a comeback with the critically and commercially successful “My Fair Lady”, one of the highlights of his career. For this film, he won the Academy Award for Best Director, the Golden Globe Award for Best Director, and the Directors Guild of America Award. However, his career slowed down following its release. The aging Cukor was infrequently involved with new film projects.

Cukor’s most notable film in the 1970s was the fantasy film “The Blue Bird” (1976), which was the first joint Soviet-American production. It was a box-office flop, though it received a nomination for the Saturn Award for Best Fantasy Film and was groundbreaking for its time. Cukor’s swan song was “Rich and Famous” (1981), depicting the relationship of two women over a period of several decades. Cukor’s final leading actresses (for this film) were Jacqueline Bisset and Candice Bergen.

Cukor retired as a director at the age of 82. Cukor died of a heart attack in 1983, at the age of 83. At the time of his death, his net worth was estimated to 2,377,720. He was buried at the Forest Lawn Memorial Park in Glendale, California. Cukor was reportedly buried next to his long-time platonic friend Frances Howard (1903-1976).