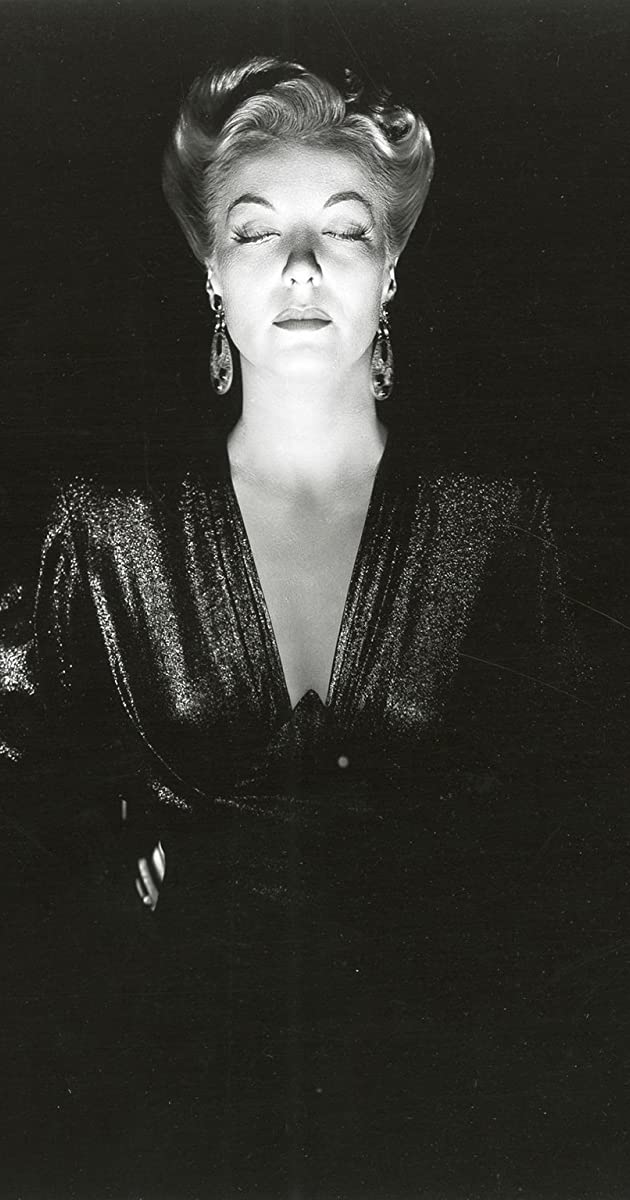 Hillary Brooke’s image as the epitome of glacial, regal, upper-class British gentility is muted somewhat by the fact that she was born Beatrice Peterson to a middle-class American family in Long Island, NY (she was the sister of Arthur Peterson, best-known as the demented “Major” in the soap-opera satire Soap (1977)). Always a beauty, she had a successful career as a photographer’s model before breaking into show business. Her “British” accent came about when she realized that she was just one of innumerable tall, good-looking blondes vying for roles, and needed something to make her stand out among them. She came up with affecting a British accent and it worked; she began to get more and more roles that called for a “British” blonde, so she kept the accent. Her film debut was in New Faces of 1937 (1937), in which–billed as “Beatrice Schute”–she played a showgirl. She began working steadily in films in the early 1940s, and appeared in such major productions as The Philadelphia Story (1940), Dr. Jekyll and Mr. Hyde (1941), Wake Island (1942), Jane Eyre (1943) and The Enchanted Cottage (1945), in addition to the usual run of “B” westerns and thrillers in which many up-and-coming young actresses had to put in time. In the early 1950s she began appearing on television, and her best known work was as the object of comic Lou Costello’s affections in the classic The Abbott and Costello Show (1952), in which she disproved the old show-business axiom that beautiful women can’t do comedy. She had no compunction about taking a pie in the face, a vase on the head, a pratfall or tussling with Bingo the chimp, and more than held her own with such veteran scene-stealers as Abbott, Costello and Sid Fields. One somewhat quirky characteristic her character–also named Hillary Brooke–had was that while she usually addressed the male characters on the show as “Mr.” (as in “Mr.” Fields or “Mr.” Bacciagalupe), even Bud Abbott (although she on rare occasions called him “Bud”), she always addressed Costello affectionately as “Louis”, even though everyone else called him “Costello”.

She also had a similar role as the girlfriend of Vern Albright (Charles Farrell) in My Little Margie (1952) and alternated between television and film roles in the 1950s (she worked once again with Abbott and Costello in their second color film, Abbott and Costello Meet Captain Kidd (1952), in which she played a pirate chief), and is also fondly remembered for her role as little David MacLean’s mother who is taken over by the Martians in the sci-fi classic Invaders from Mars (1953). She played Doris Day’s best friend in The Man Who Knew Too Much (1956), and the next year had her final film role in Spoilers of the Forest (1957), after which she turned exclusively to television. She retired from the film industry in 1960, after marrying film executive Raymond A. Klune, and died in Bonsall, CA, in 1999, only a few months before she would have turned 85.