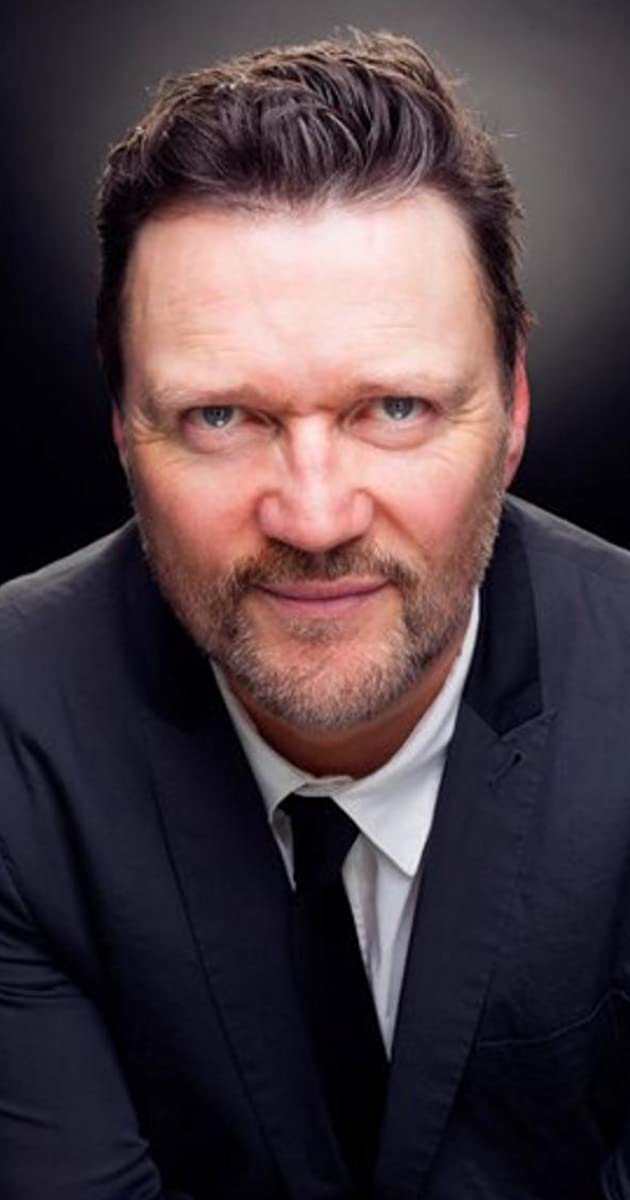 Ian Puleston-Davies has been consistently in demand for roles in repertory theatre, the West End, radio, television and film and his CV reveals a diversity of credits that reflect his great versatility of style.

Ian was born and raised on a farm in North Wales, destined to follow in the family footsteps. However – inspired by a wonderful drama teacher at his secondary school, Ian joined the school drama club before becoming a founding member of the Flintshire Youth Theatre. At 19 he left for London to study acting at the Guildhall School of Music and Drama. To make ends meet whilst at collage Ian performed a mime show in London’s Covent Garden.

After graduating he spent much of the 80’s working in repertory theatres throughout the country. It was at this time that Ian, having honed his comedy skills on the streets of London, became involved in the fast emerging alternative comedy circuit in London (Ian was the first ever comedian to be reviewed by the ‘City Limits’, a London arts and events magazine). He played most of the clubs, including the famous Comedy Store, with his own special brand of kooky, visual (and spoken!) bizarre comedy.

Ironically, despite his comedic successes, Ian is best known for his roles as a villain, hard-man or serial killer. His parents are frequently heard to request he play ‘a nice person’. His most recent bad guys include the serial killer in Netflix original, Marcella and the chilling Frank in Sky Atlantic’s high-profile drama Tin Star, filmed in Canada alongside Hollywood luminaries Tim Roth and Christina Hendricks. Tin Star confirmed Ian’s professional standing in Canada and USA. His current role is also a trans-Atlantic production. He plays Mr Pennyworth Snr in the new Warner Horizon television series Pennyworth. Set in 1960s London and filming at the Warner Bros studios in Leavesden , Pennyworth explores the early life of Batman’s loyal butler, Alfred Pennyworth.

Happily for Ian’s parents and his children, his most child-friendly creation is as the jovial King Thistle in the oft-repeated animated series Ben and Holly’s Little Kingdom and Ian has been delighted to support children’s charities with King Thistle’s many personalised letters and recordings extolling the virtues of being a King whilst also highlighting the dangers of ‘Jelly Floods’ ! In fact, charity work plays a huge role in Ian’s life and he has been frequently asked to front campaigns and participate in many charity events. He is both a Patron of the Royal Manchester Children’s Hospital and The Hospice of the Good Shepherd.

Like most in the acting profession, Ian has enjoyed exciting highs and devastating lows – with the lows often caused by his well-documented struggle with Obsessive Compulsive Disorder. It is through Ian’s own personal experiences of this debilitating mental illness that led him to become Patron of the charity OCD-UK . Ian has spoken at length about his OCD at conferences and to the media. In 2017 he presented and narrated a 30-minute documentary about OCD for BBC Wales called OCD – An Actor’s Tale.

There are inevitable quiet times in Ian’s profession and he has used this ‘downtime’ to establish himself as a writer. In 2005, he drew on his own experiences of dealing with OCD to co-write the drama Dirty, Filthy, Love with prolific dramatist, and Oscar nominated writer, Jeff Pope. Ian’s and Jeff’s work on Dirty Filthy Love was recognised by a Royal Television Society Award and a Broadcast Award for Best Single Drama. They were also nominated for the BAFTA Award in the same category. The film also received the Silver Award at the New York Film and TV Festival, together with a nomination, again for best single drama , at Prix Italia in Milan. Perhaps most importantly, Dirty Filthy Love was recognised with a nomination by The Mental Health in Media Awards

Sundance subsequently bought the rights to the film and streamed it on the Sundance Channel to rave reviews.

Recently Ian has turned his talents to directing and last year directed his first television drama, Time Out. This a stand alone drama, which is part of the award winning series called Moving On made by Colin McKeown’s LA Productions and exec produced by multi award winning writer Jimmy McGovern.

Having lived in London for most of his adult life, Ian and his partner Sue headed north to bring up their family in Chester. Ian’s work was recognised two years ago by an honorary doctorate for services to Mental Health and the Arts by the University of Chester in the prestigious setting of Chester Cathedral.

In 2018, Ian was invited to become a Patron and Ambassador at the Square Chapel Arts Centre in Halifax.