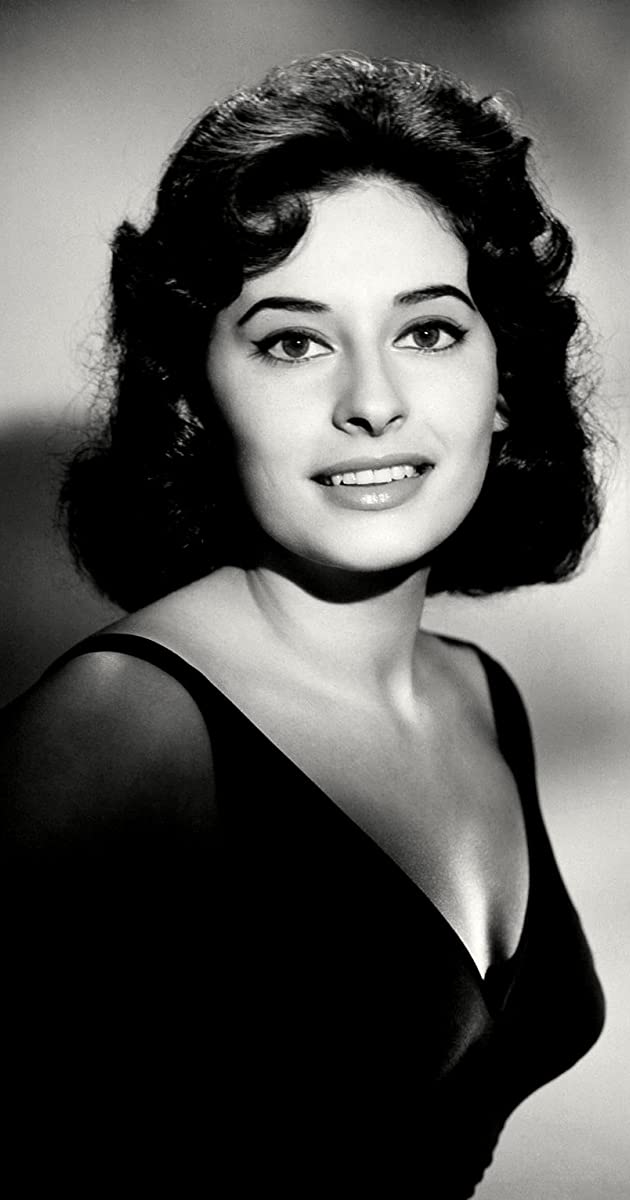 Brooklyn-native actress Ina Balin (née Rosenberg) was born on November 12, 1937, into a Jewish family of entertainers. Her parents were Betty (nee Friedman) and Sam Rosenberg, who divorced when she was 9 years old. Her father was a dancer/singer/comedian who worked the Borscht Belt. He later quit show business to join his family’s furrier business. Her mother was a Hungarian-born professional dancer who escaped a troubled family life by marrying at age 15. Sam was her third husband at age 21. They divorced when Ina and her brother, Richard Balin, were still quite young and the children were placed in boarding schools (she at the Montessori Children’s Village in Bucks County, Pennsylvania) until their mother married a fourth time to shoe magnate Harold Balin. He later adopted Betty’s two children, who took his surname.

Ina always wanted to be an actress and her mother encouraged her to take ballet lessons while young. Her first big break occurred in New York at age 15 when she appeared on Perry Como’s 1950s TV show. She went on to attend New York University majoring in theater and also studied with Actors Studio exponents Lonny Chapman and Curt Conway while gathering additional experience on the summer stock stage. She made an auspicious Broadway debut in a female lead with “Compulsion” in 1957. Two years later, the dark-haired, olive-skinned beauty won a Theatre World Award for her outstanding performance in the Broadway comedy, “A Majority of One”, starring Gertrude Berg. Producer Carlo Ponti saw her Broadway performance in “Compulsion” and requested her for a prime role in his film The Black Orchid (1958).

Starring Ponti’s wife, Sophia Loren, and Anthony Quinn, Ina received impressive notices as Quinn’s sensitive, grown daughter. Considered one of 20th Century Fox’s most promising new talents, she received a special “International Star of Tomorrow” Golden Globe for this early work. A major career disappointment occurred when the film version of Compulsion (1959) was made and Ina’s ethnic role of “Ruth Goldenberg” was transformed into a non-ethnic part (Ruth Evans) that wound up starring Diane Varsi. Ina was given an unbilled part in the movie. The sting of that studio transgression was somewhat softened when she was nominated for a Golden Globe Award for “Best Supporting Actress” for her intensive performance in the Paul Newman/Joanne Woodward soaper, From the Terrace (1960), as Newman’s love interest. She found herself typecast by the studio and eventually felt compelled to leave.

A soft, slender, but intent-looking actress who could play various types of ethnicities (Jewish, Italian, Mexican, Spanish, Greek, et al.), she had a lovely, quiet glow but could easily display the fiery temperament of an Anna Magnani when called upon. In the 1960s, however, she was overshadowed by a number of her leading men in their respective showcases. She appeared in many Westerns, often as the girlfriend or love interest of the hero. There was little room for any actor to generate interest upon themselves when playing opposite the likes of an Elvis Presley, Jerry Lewis and/or John Wayne. In other situations, her roles were merely decorative, less showy, or proved less integral to the main plot, such as her secondary role as “Martha” in The Greatest Story Ever Told (1965). While Ina maintained a fine balance of TV roles ranging from the dramatic (Bonanza (1959), Mannix (1967), Quincy M.E. (1976), Voyage to the Bottom of the Sea (1964)) to the humorous (The Dick Van Dyke Show (1961), Get Smart (1965)), the one big acting role that could have set her apart from the others never materialized.

Subsequent pictures such as the cult film The Projectionist (1970) and The Don Is Dead (1973) and her assorted appearances in several TV-movies failed to advance her status in Hollywood. And then her life changed…dramatically. As the first woman to ever participate in a handshake tour of a South Vietnam military hospital in the late 1960s, Ina toured Vietnam with the USO in 1970 and was greatly affected by the entire experience. It also triggered a series of trips back to the war-torn region. As a Board Member of the An Lac orphanage in Saigon, she courageously took part in the full-scale evacuation of nearly 400 orphans in 1975 during the fall of the city to the Communists. She eventually adopted three of the 219 children who managed to be flown out of the country. In 1980, the dramatic rescue was replayed via a TV film in which Balin portrayed herself. The well-received The Children of An Lac (1980) also starred Shirley Jones (as fellow rescuer “Betty Tisdale”) and Beulah Quo (as the concerned Vietnamese woman who ran the orphanage).

From this point on, Ina’s professional career took a back seat to the raising of her children and her ongoing interest in foreign relief. She appeared throughout the 1980s with a sprinkling of guest shots on TV’s Battlestar Galactica (1978), Murder, She Wrote (1984) and As the World Turns (1956), among others. As for film, her last movies (The Comeback Trail (1982), Vasectomy: A Delicate Matter (1986) and That’s Adequate (1989)) were unworthy of her talents.

Ina never managed to fulfill her promising, Golden Globe-winning potential for she was diagnosed and eventually succumbed, at the age of 52 from pulmonary hypertension. A single parent, she was survived by her three children.