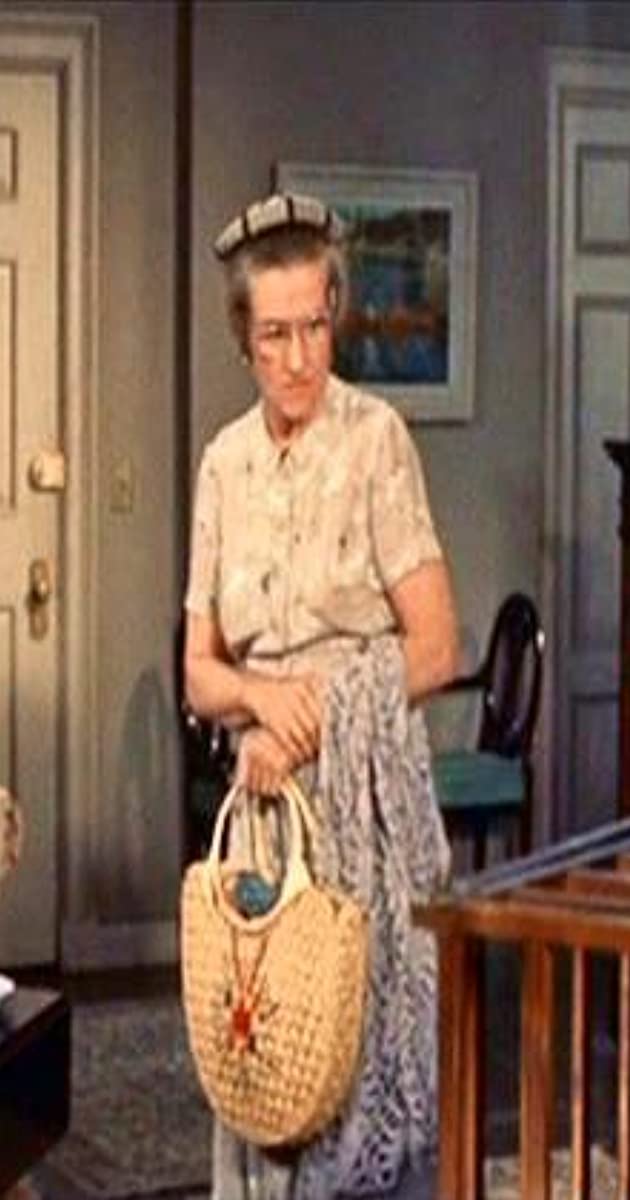 Denver-born supporting actress Irene Tedrow is another in a long line of “I know the face…but not the name” character actors whose six-decade career was known more for its durability than for the greatness of roles she played. Born in 1907, she was a lady primarily of the stage, beginning her acting career as a teen. She trained in drama at Carnegie Tech in Pittsburgh, PA, graduating with a Bachelor of Arts degree in 1929. A slim, handsome woman in her early days, her features grew more severe with age, which ultimately typed her as puritanical meddlers and no-nonsense matrons practically from her entrance into film in 1937. She seldom, if ever, found a meaty part, appearing way, way down the list of credits, if at all. A founding member of the Old Globe Theatre, she was featured in such classical productions as “Richard III,” “Hamlet” and “Henry IV, Part I.” She became a primary player on radio during the war years, notably for the maternal role of Mrs. Janet Archer in the popular serial Meet Corliss Archer (1951), which she transferred to TV for one season. Her radio role lasted for nine years (43-52). Irene appeared in hundreds of episodic guest appearances for nearly 35 years in everything Dragnet (1951), The Andy Griffith Show (1960), and The Twilight Zone (1959) to the more recent The Facts of Life (1979), St. Elsewhere (1982) and L.A. Law (1986). Never a regular series player, she is probably best remembered as the kindly Mrs. Elkins who appeared occasionally on the Just Dennis (1959) sitcom. Over the years, Irene never abandoned the stage, gracing a number of shows in her senior years including “Our Town” on Broadway, plus “Foxfire,” “The Hot L. Baltimore” and “Pygmalion.” Continuing to work as an octogenarian, she died of a stroke at age 87 in the Los Angeles area.