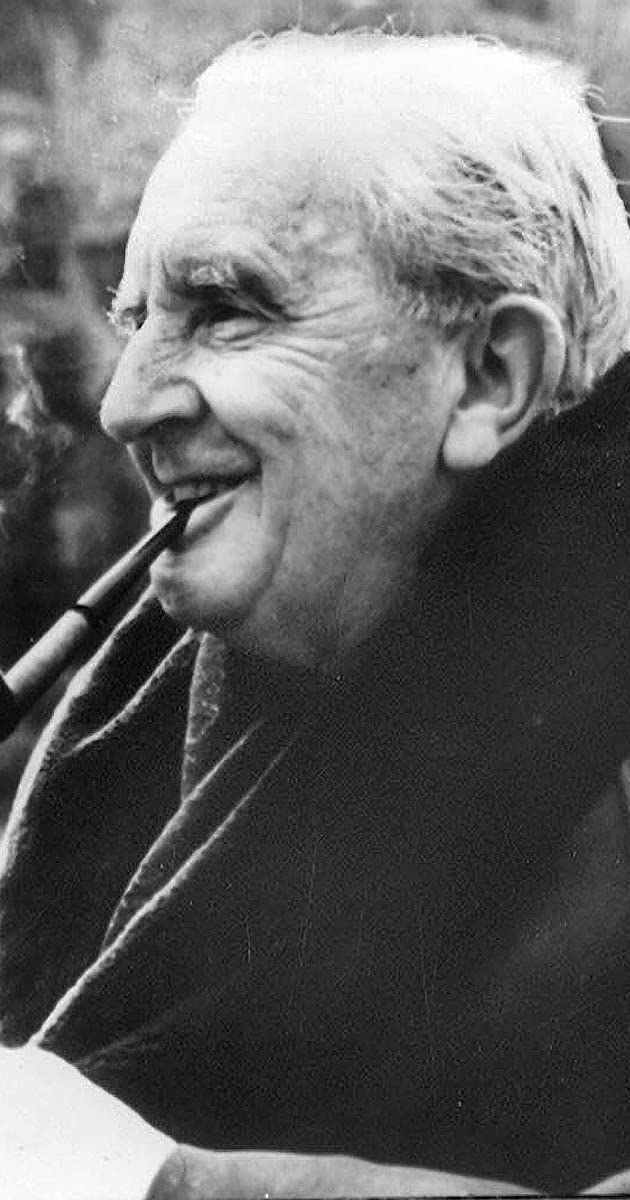 English writer, scholar and philologist, Tolkien’s father was a bank manager in South Africa. Shortly before his father died (1896) his mother took him and his younger brother to his father’s native village of Sarehole, near Birmingham, England. The landscapes and Nordic mythology of the Midlands may have been the source for Tolkien’s fertile imagination to write about ‘the Shire’ and ‘hobbits’ in his later book the Hobbit (1937). After his mother’s death in 1904 he was looked after by Father Francis Xavier Morgan a RC priest of the Congregation of the Oratory. Tolkien was educated at King Edward VI school in Birmingham. He studied linguistics at Exeter College, Oxford, and took his B.A. in 1915. In 1916 he fought in World War I with the Lancashire Fusiliers. It is believed that his experiences during the Battle of the Somne may have been fueled the darker side of his subsequent novels. Upon his return he worked as an assistant on the Oxford English Dictionary (1918-20) and took his M.A. in 1919. In 1920 he became a teacher in English at the University of Leeds. He then went on to Merton College in Oxford, where he became Rawlinson and Bosworth Professor of Anglo-Saxon (1925-45) and Merton professor of English Language and Literature (1945-59). His first scholarly publication was an edition of Sir Gawain and the Green Knight (1925). He also wrote books on Chaucer (1934) and Beowulf (1937). In 1939 Tolkien gave the Andrew Lang Lecture at the University of St. Andrews in Scotland titled: “On Fairy-Stories”. Tolkien will however be remembered most for his books the Hobbit (1937) and the Lord of the Rings (1954-55). The Hobbit began as a bedtime story for his children”. He wrote Lord of the Rings over a period of about 14 years.

Tolkien also discussed parts of his novels with fellow Oxfordian and fantasy writer CS Lewis during their ‘meetings’. He was trying to create a fantasy world so that he could explain how he had invented certain languages, and in doing so created ‘Middle-earth’. However among his peers at Oxford his works were not well received as they were not considered ‘scholarly’. It was after LOTR was published in paperback in the United States in 1965 that he developed his legendary cult following and also imitators. Tolkien was W. P. Ker lecturer at Glasgow University in 1953. In 1954 both the University of Liege and University College, Dublin, awarded him honorary doctorates. He received the CBE in 1972. He served as vice-president of the Philological Society and was a Fellow of the Royal Society of Literature. He was made an honorary fellow of Exeter College. Despite the immense popularity of his books today Tolkien did not greatly benefit from their sales. His son Christopher Tolkien was able to publish some of his works posthumously after his manuscripts were found.