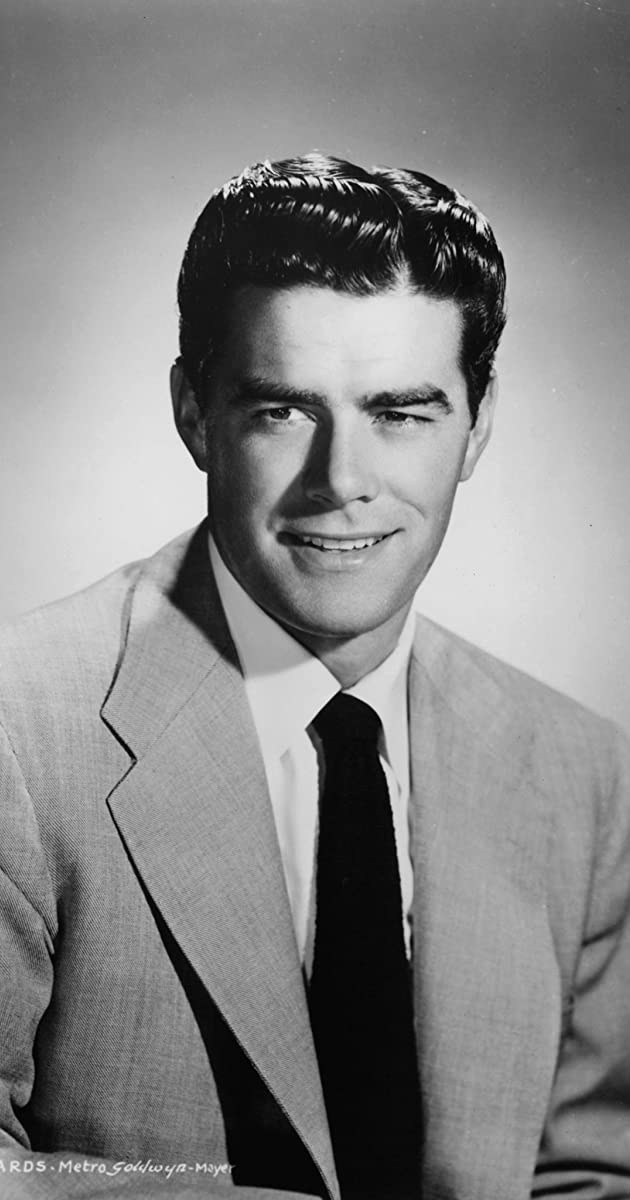 Jeff Richards, born Richard Mansfield Taylor in Portland, Oregon, was a graduate of Lincoln High School in Tacoma, Washington. Upon graduation he was ready to embark on a career in professional baseball when he entered the Navy in June of 1943. During World War II, he served as a radio technician until his discharge in 1946.

After the war, he returned to baseball and immediately signed on with the Portland Beavers of the Pacific Coast League. The Beavers farmed Jeff to the Salem Senators, but fate intervened and a torn ligament forced him into an extended leave-of-absence from the sport.

While recuperating, Jeff decided to try his hand at acting. During the war, he and a group of his fellow servicemen visited Paramount Movie Studios. While there a talent scout spotted Jeff in the crowd, called him aside, and told him to come and see him when he got his discharge. The agent remembered him and setup a screen test. Jeff was signed to a contract, but was not given any work.

After his time with Paramount, he was offered a contract by Warner Brothers Studios. In the meantime, however, Jeff was still playing baseball and also receiving offers from both the New York Yankees and the Dodgers, then still playing in Brooklyn. So Jeff had the chance to make a choice that many American boys dreamed of making–whether to be movie star or a professional baseball player.

Jeff signed with the contract with Warners and then enrolled at the University of Southern California to pursue a degree in business administration. Jeff attended USC on a full-time schedule and also joined the Sigma Chi Fraternity. Jeff organized a chapter five-piece band and played fraternity dances and club socials. He was still playing baseball, but his decision had been made–he was going to be an actor. Warners began using him in small, uncredited roles in such films as The Girl from Jones Beach, filmed in mid-1948, but not released until a year later, in mid-1949. In it he appears, with another young hopeful, Dale Robertson, as a pair of lifeguards, showing off their physiques wearing only minimal swimming attire in the Jones Beach sequence. Robertson’s hairy chest was left intact, but Richards’ trademark torso was forced to undergo complete waxing before he could appear in front of the cameras. On loan-out to Columbia he actually got to play baseball on screen in the William Bendix comedy Kill the Umpire (1950).

Next signing with MGM, Jeff was a member of MGM’s Lucky Dozen–a group of young and upcoming stars of the 1950s. He was groomed for the rugged, John Wayne-type roles and the two actors has much in common-both were big men, athletically inclined, had similar personalities, and they were both members of Sigma Chi.

During the course of his film career, Jeff acted in over 40 films, playing with some of the biggest stars of the 1950s and 1960s. His most significant role was a one of the Pontipee brothers in MGM’s Seven Brides for Seven Brothers (1954), co-starring Jane Powell and Howard Keel. He poured on the sex appeal as Buck Winston, the object of interest of just about every female member of the cast of the re-make of The Women (1939), now re-titled The Opposite Sex (1956). After leaving MGM, for two seasons, he successfully played the title role for 28 episodes of the TV series Jefferson Drum (1958). After retiring from acting in 1960, he returned to the big screen one last time as Kallen in Waco (1966), perhaps as a favor to or from his old friend from MGM, the star of the film, Howard Keel.