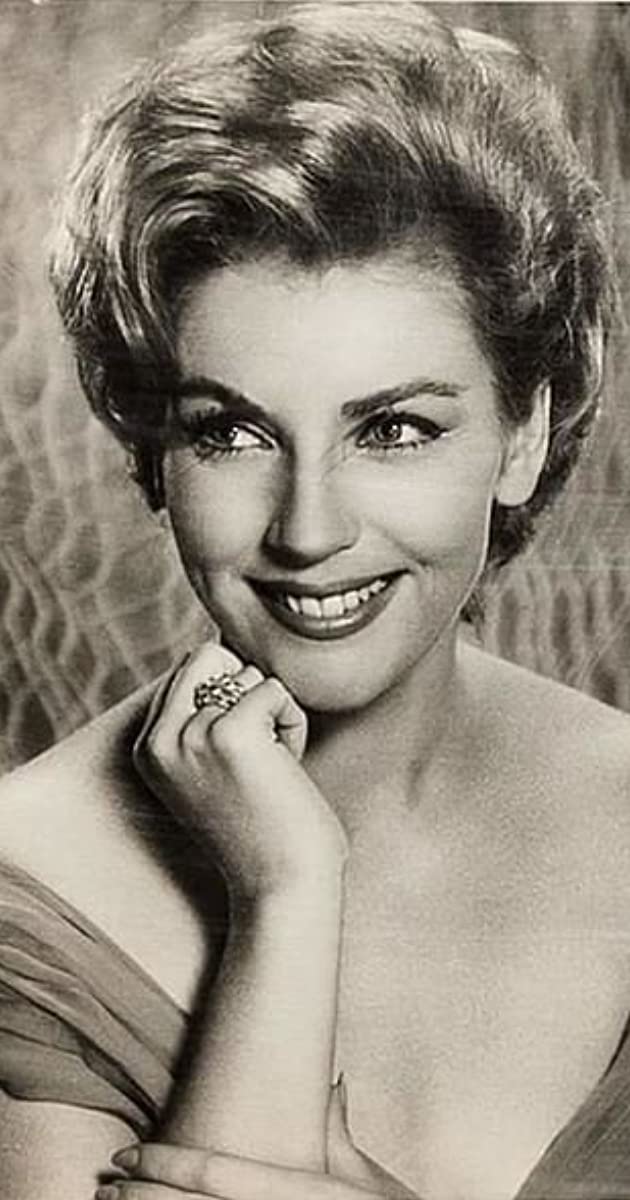 Joan O’Brien began her show-biz career while she was in high school, on a local TV music show in California with Tennessee Ernie Ford. Soon, she was a successful singer, and made the jump to acting. In about half the films she ever made, it appeared that Joan played a nurse. Perhaps her most memorable appearance was in Blake Edwards’ Operation Petticoat (1959), as the nurse who gets in everyone’s way because her, umm, “proportions” cause uncomfortable crowding in a small submarine. Because of her, Cary Grant becomes the first officer in the history of the U.S. Navy to sink an enemy truck! She again played a nurse in the Jerry Lewis film, It’s Only Money (1962), and yet one more time with Elvis Presley in It Happened at the World’s Fair (1963)–and, according to legend, fired up a hot off-screen romance with Elvis. Also in 1963, in a strange sort of “Columbo” connection, she was voted “most likely to wed Robert Vaughn”. Joan’s final movie was The Swinging Set (1964), a “Swinging Sixties” teenfest also featuring Nancy Sinatra, with music by The Animals and The Dave Clark Five. After that, she went back to singing for a while, touring with the Harry James Orchestra. She left show business for good to concentrate on raising her kids, and later became a successful executive with the Hilton Hotel chain.