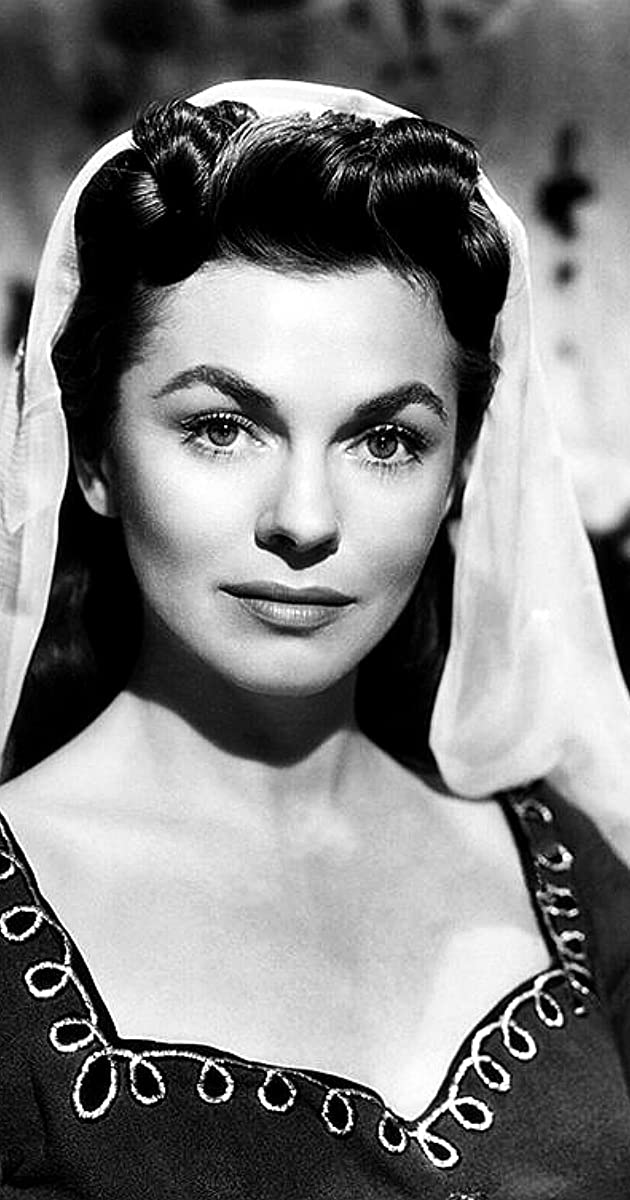 The daughter of a West Virginia druggist, Joanne Dru came to New York in 1940. In New York she worked as a model and was cast by Al Jolson as one of the showgirls in his Broadway play “Hold Onto Your Hats.” When the show closed in 1941, she married popular singer Dick Haymes and went with him to Hollywood. Discovered by a talent scout while working in the theater, Joanne made her screen debut in Abie’s Irish Rose (1946), and that picture almost ended her career. Two years later she “redeemed” herself with her role in the classic Howard Hawks western Red River (1948). She followed that with another western, John Ford’s She Wore a Yellow Ribbon (1949), again playing opposite John Wayne. Unfortunately, her success in those two classics resulted in the scripts being submitted to her consisting of mostly westerns, and she got typecast (this from a woman who said, “I simply hated horses…”).

In 1950 she was cast in another John Ford western, Wagon Master (1950), which became the basis for the Ward Bond TV series Wagon Train (1957). Even though she played in films other than westerns–All the King’s Men (1949), The Pride of St. Louis (1952) and Hell on Frisco Bay (1955), for example–it was the westerns for which she was remembered. By the late 1950s westerns were running out of steam and so was her screen career, so she turned to TV, where she appeared on shows such as Playhouse 90 (1956).

In 1960 Joanne was cast in the role of the Eastern owner of a dude ranch in the comedy series Guestward Ho! (1960). Perhaps even funnier is that she would play an Easterner after all those westerns is the fact that her character name was Babs. The show ended in 1961.