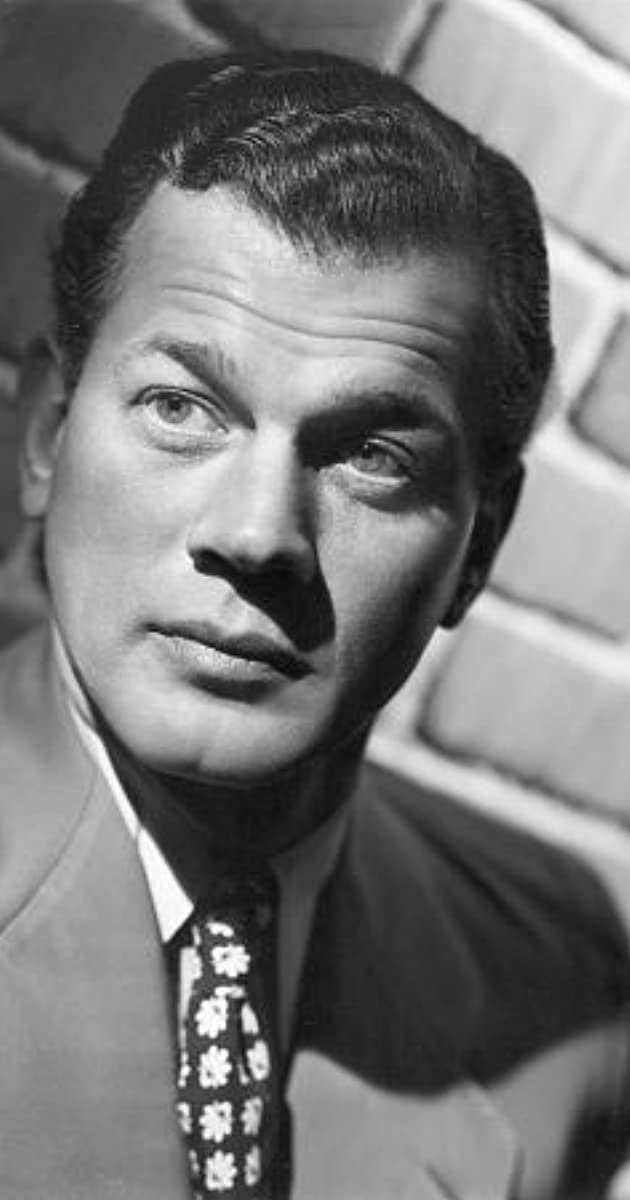 Jo (as he was known) and his brothers Whit and Sam spent their summers at their aunt and uncle’s home at Virginia Beach. And there and at an early age he discovered a passion for story-telling, reciting, and performing acts for his family. Cotten studied acting at the Hickman School of Expression in Washington, D.C. and worked as an advertising agent afterward. But by 1924 tried to enter acting in New York. His money opportunities were limited to shipping clerk, and after a year of attempting stage work, he left with friends, heading for Miami. There he found a variety of jobs: lifeguard, salesman, a stint as entrepreneur — making and selling ‘Tip Top Potato Salad’ – but more significantly, drama critic for the Miami Herald. That evidently led to appearance in plays at the Miami Civic Theater. Through a connection at the Miami Herald he managed to land an assistant stage manager job in New York. In 1929 he was engaged for a season at the Copley Theatre in Boston, and there he was able to expand his acting experience, appearing in 30 plays in a wide variety of parts. By 1930 he made his Broadway debut. In 1931 Cotten married Lenore LaMont (usually known as Kipp), a pianist, divorced with a four-year-old daughter.

To augment his income as an actor in the mid-30s, Cotten took on radio shows in addition to his theatre work. At one audition he met an ambitious, budding actor/writer/director/producer with a mission to make his name-Orson Welles. Cotten was 10 years his senior, but the two found a kindred spirit in one another. For Cotten, Welles association would completely redirect his serious acting life. Their early co-acting attempts boded ill for employment in formal acting vehicles. At a rehearsal for CBS radio the two destroyed a scene taking place on a rubber tree plantation. One or the other was supposed to say the line: “Barrels and barrels of pith….” They could not overcome uncontrolled laughter at each attempt. The director berated them as acting like ‘school-children’ and ‘unprofessional’, and thereafter both were considered unreliable. Welles’s ambition put that quickly behind them when he formed The Mercury Theatre Players. Coming on board were later Hollywood stalwarts: Everett Sloane, Agnes Moorehead, Ruth Warrick, and Ray Collins. In 1937, Cotten starred in Welles’s Mercury productions of “Julius Caesar” and “Shoemaker’s Holiday”. And he made his film debut in the Welles-directed short Too Much Johnson (1938), a comedy based on William Gillette’s 1890 play. The short was occasionally screened before or after Mercury productions, but never received an official release. Cotten returned to Broadway in 1939, starring as C.K. Dexter Haven in the original production of Philip Barry’s “The Philadelphia Story”. The uproar over Welles’s “War of the Worlds” radio broadcast, was rewarded with an impressive contract from RKO Pictures. The two-picture deal promised full creative control for the young director, and Welles brought his Mercury players on-board in feature roles in what he chose to bring to the screen. But after a year, nothing had germinated until Welles met with writer Herman J. Mankiewicz, resulting in the Citizen Kane (1941) idea – early 1940. The story of a slightly veiled William Randolph Hearst with Welles as Kane and Cotten, in his Hollywood debut, as his college friend turned confidant and theater critic, Jed Leland, would become film history, but at the time it caused little more than a ripple. Hearst owned the majority of the country’s press outlets and so forbade advertisements for the film. The film was nominated for nine Academy Awards in 1942 but was largely ignored by the Academy, only winning for Best Screenplay for Welles and Mankiewicz.

The following year Cotten and Welles collaborated again in The Magnificent Ambersons (1942), acclaimed but again ignored at Oscar time, and the next year’s Nazi thriller Journey Into Fear (1943). Cotten, along with some Welles ideas, wrote the screenplay. Welles with his notorious overrunning of budgeting was duly dropped by RKO thereafter. Later in 1943 Cotten’s exposure and acquaintance with young producer David O. Selznick resulted in a movie contract and the launching of his mainstream and very successful movie career as a romantic leading man. Thereafter he appeared with some of the most leading of Hollywood leading ladies – a favorite being Jennifer Jones, Selznick’s wife with the two of them being his most intimate friends. Cotten got the opportunity to play a good range of roles through the 1940s – the darkest being the blue beard-like killer in Alfred Hitchcock thriller Shadow of a Doubt (1943) with Teresa Wright. Perhaps the most fun was The Farmer’s Daughter (1947) with a vivacious Loretta Young. Cotten starred with Jennifer Jones in four films: the wartime domestic drama Since You Went Away (1944), the romantic drama Love Letters (1945), the western Duel in the Sun (1946), and later in the critically acclaimed Portrait of Jennie (1948), from the haunting Robert Nathan book. Cotten is thoroughly convincing as a second-rate, unmotivated artist who finds inspiration from a chance acquaintance budding into love with an incarnation of a girl who died years before. Welles and Cotten did not work again until The Third Man (1949), directed by Carol Reed. For Cotten, the role as the hapless boyhood friend and second-rate novel writer Holly Martins would be a defining moment in a part both comedic and bittersweet, its range making it one of his best performances. Unfortunately, he was again overlooked for an Oscar.

Cotten was kept in relative demand into his mature acting years. Into the 1950s, he reunited with “Shadow Of A Doubt” co star Thereas Wright, to do the memorable bank caper “The Steel Trap”(1952).He co stared with Jean Peters in “Blueprint For A Murder”(1953). For the most part, the movie roles were becoming more B than A. He had a brief role as a member of the Roman Senate, reuniting with lifelong friend Welles in his The Tragedy of Othello: The Moor of Venice (1951). There were a few film-noir outings along with the usual fare of the older actor with fewer roles. However, he was much more successful in returning to theater roles in the new television playhouse format. He also did some episodic TV and some series ventures, as with On Trial, which was later called The Joseph Cotten Show. He had a memorable role in an Alfred Hitchcock Presents, “Breakdown”, where he was a man in a lone and isolated car accident, trapped and unable to speak. He voices over and shows his great acting skill simply through facial expressions. His one last stint with Welles was uncredited and sort of Jed Leland-revisited as the hokey coroner early in Welles’s over-the-top Touch of Evil (1958). Of his association with Welles, Cotten said: “Exasperating, yes. Sometimes eruptive, unreasonable, ferocious, yes. Eloquent, penetrating, exciting, and always – never failingly even at the sacrifice of accuracy and at times his own vanity – witty. Never, never, never dull.”

With the passing of his first wife in 1960 Cotten met and married British actress Patricia Medina. The 1960s found him equally busy in TV and film. He made the circuit of the most popular detective and cowboy series of the period. By 1964 he returned to film with the money making old-Hollywood-dame- horror-movie genre hit Hush… Hush, Sweet Charlotte (1964) with other vintage Hollywood legends Bette Davis, Olivia de Havilland, and Agnes Moorehead. His other films of that decade were of the quick entertainment variety along with some foreign productions, and TV movies. There were also more TV series and guests appearances, especially The Ed Sullivan Show, a popular stop during its long run. In the 1970s Cotten was still in demand-for even more of the curiosity-appeal of the populace for an older star. Along with the new assortment of TV series, he anchored himself at Universal with small parts in forgettable movies, the sluggish Universal epic dud Tora! Tora! Tora! for instance, and the steady diet of TV series being cranked out there. Though older actors have laughed in public about their descent into cheap horror movies, one can only wonder at the impetus to do them — by such greats, as Claude Rains — besides a can’t-pass-up alluring salary.

Cotten did the campy The Abominable Dr. Phibes (1971) with Vincent Price and about that time two second rate Italian horror outings where he was Baron Blood and Baron Frankenstein. Then again there was better exposure in the Universal minor sci-fi classic Soylent Green (1973). And in yet another Universal sequel, where the profit-logic was to gather a cast of veterans from the Hollywood spectrum in any situation spelling disaster and watch the ticket sales skyrocket, Cotten joined the all-star cast of Airport ’77 (1977). He rounded out the decade with the ever faddish Fantasy Island and more Universal TV rounds. This contributor met and worked with Joseph Cotten during this latter evolution of one of Hollywood’s greats. He wore his own double-breasted blue blazer and tan slacks in several roles – no need for wardrobe. His pride and joy was a blue 1939 Jaguar SS, something of a fixture on the Universal lot.

Cotten was not ready to turn his back on Hollywood until the beginning of the 1980s when he managed to appear in the epic flop Heaven’s Gate (1980). After a Love Boat episode (1981), Cotten joined his wife and his love of gardening and entertaining friends in retirement. He also had the time to write an engaging autobiography Vanity Will Get You Somewhere (1987). Cotten’s somewhat matter-of-fact and seemingly gruff acting voice served him well. Certainly his command of varied roles deserved more than the snub of never being nominated for an Academy Award. He was not the only actor to suffer being underrated, but that is largely forgotten in those memorable roles that speak for him. And for what it is worth, the Europeans had the very good sense to award him the Venice Film Festival Award for Best Actor for Portrait of Jennie, one of his favorite roles.