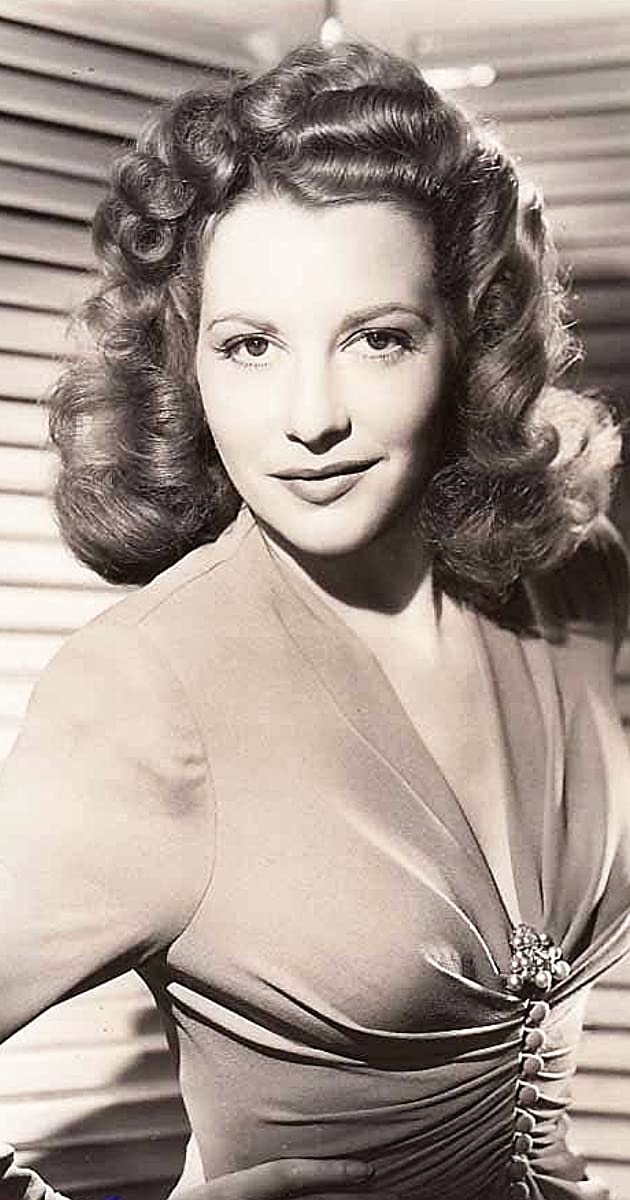 Colorado-born leading lady Julie Bishop, who also acted under her birth name of Jacqueline Wells and the stage name Diane Duval, started off as a silent movie child actress, working with such legends as Clara Bow and Mary Pickford.

The daughter of a wealthy banker and oilman, she was raised in Texas and, eventually Los Angeles, following her parents’ divorce. She was signed by Warner Bros in 1940 and played a dutiful sweethearts opposite filmdom’s top male stars, notably Errol Flynn in Northern Pursuit (1943), Humphrey Bogart in Action in the North Atlantic (1943), John Wayne in both Sands of Iwo Jima (1949) and The High and the Mighty (1954), and Alan Ladd in Stampeded (1957), her last picture. But, for the most part, she was never given anything challenging enough to become a top-flight star.

She also appeared on stage in “Hamlet” and “The Merchant of Venice”. A licensed private pilot, Julie painted still lifes and staged several exhibitions in her post-career years. She died at age 87, on her birthday.