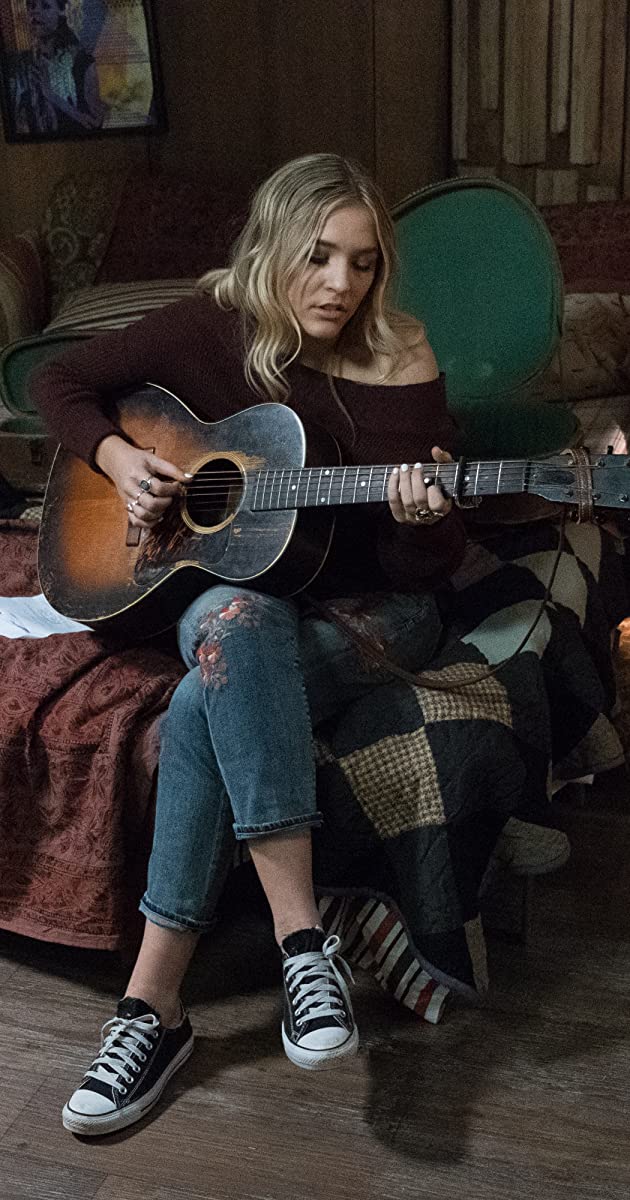 At just 18 years old, Lennon Stella (born August 13, 1999) who was born in Ontario, Canada, has already achieved immense success in her career. She began starring in the hit ABC TV series Nashville in 2012 as Maddie Conrad, alongside her real-life sister Maisy Stella, who plays Daphne Conrad. The series moved over to CMT (Country Music Television) for Season 5. Season 6 premiered January 2018 on CMT. Prior to acting in Nashville, Lennon had already gained national attention when her and Maisy’s cover of Robyn’s “Call your Girlfriend” went viral. The performance captured the hearts of millions worldwide and resulted in their first appearance on Good Morning America. Their YouTube channel has over 100 million views and nearly 800,000 subscribers.

In April 2013, the sisters had a show-stopping performance of “Ho Hey” by The Lumineers on Nashville. When ABC released the cover to the radio, it not only became the #1 most added song in the nation, but it also rose to the Top 40 of the Billboard Songs chart. Their rendition remains the #1 most downloaded song of all the hit TV show’s releases. In addition, Lennon and Maisy have sold more singles than any other cast member on the show. Later that same year, they were invited to perform at the CMA awards and present Taylor Swift with the Pinnacle Award.

Lennon’s success continued to grow in the summer of 2014. She spent it performing at The White House, singing at the wedding of Kimberly Perry (from The Band Perry) and playing shows across the globe in places like Park City, Utah, and Portugal.

In April 2015, Lennon added a new title to her resume: “Author.” Lennon and Maisy partnered with HarperCollins Publishing to release a children’s book called “In The Waves,” which is based on their original song with the same title. To promote their new book, Lennon and Maisy appeared on Good Morning America for the 3rd time, The View, Entertainment Tonight and BuzzFeed. She also presented at the Radio Disney Awards, appeared on the TODAY show, Fox & Friends and countless other media outlets.

Lennon has made her mark in the fashion world. She has been included on numerous “best dressed lists,” such as U.S. Weekly, People Magazine and USA Today. She partnered with Seventeen Magazine and InStyle to be a special correspondent. In February 2016, she attended New York Fashion Week for the second time and walked in the Red Dress fashion show. Her eye for fashion is not limited to just clothing though. In July 2016, Lennon and Maisy came out with an exclusive furniture collection with Pottery Barn Teen. The line highlights their eclectic and vintage style.

Lennon has recently seen success in her songwriting career. She was one of the writers on four songs that were featured in season 5 of Nashville. These songs include, “Saved”, “In Love”, “Clockwork” and “Tennis Shoes.

Towards the end of 2017, Lennon recorded a rendition of “Baby It’s Cold Outside” alongside Barns Courtney. The track is featured on the Holidays Rule Volume 2, which was curated by Paul McCartney. 2018 is an exciting year for Lennon as she signed her first label deal with RECORDS. The release will go through Columbia Records, coinciding with RECORDS’ newly established joint venture with Sony Music Entertainment.

Lennon currently resides in Nashville, Tennessee. As she enters adulthood, Lennon Stella is excited to see what the future holds as she grows and develops her promising career.