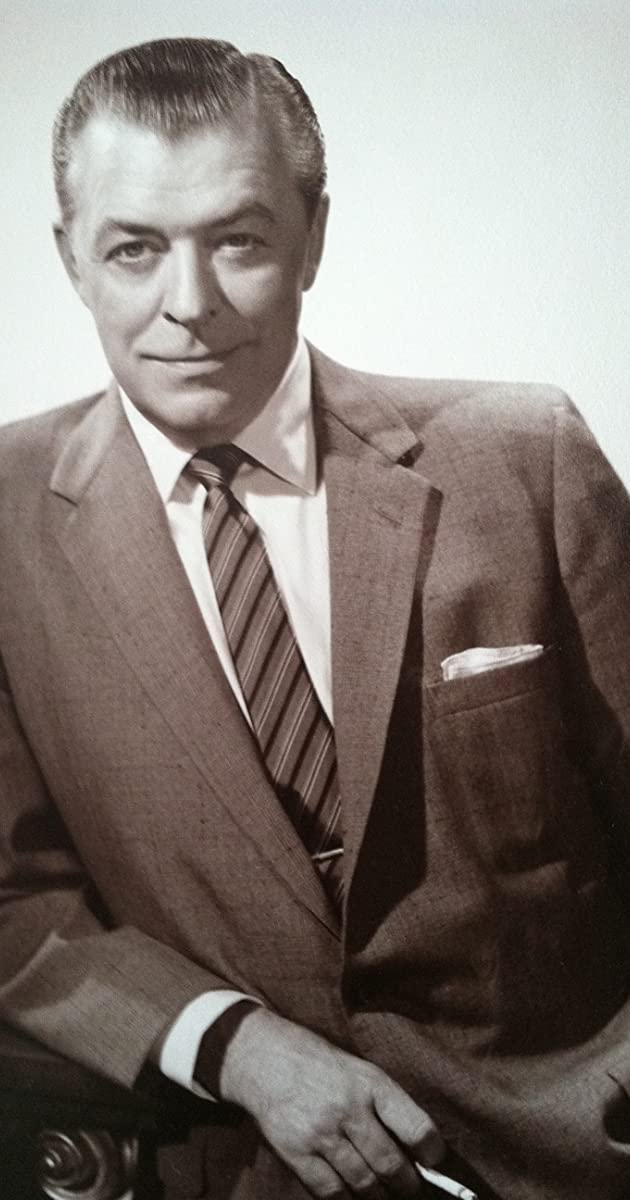 Lyle Talbot, who appeared in over 150 movies from leads in Warner Bros.’ “pre-Code” pictures to countless supporting roles, and later enjoyed a steady TV career as a character actor, was born Lysle Henderson on February 8, 1902, in Pittsburgh, Pennsylvania. He grew up in a small town in Nebraska, where after the early death of his mother, he was raised by her mother, Mary Hollywood Talbot, whose name he later bore professionally.

Talbot’s incredibly long and varied show-business career began right after high school, when he joined a traveling tent show. Starting out as a magician-hypnotist’s assistant, he worked his way up to magician before quitting the carny’s life for that of the stock theater. He learned to act with stock companies throughout the Midwest, where he became a leading man, and even formed his own short-lived company in Memphis, Tennessee, “The Talbot Players,” which included his actor father and stepmother, Ed and Anna Henderson.

By 1931 he was in Hollywood as the talkies were maturing. He had the good looks of a star but, more importantly, he had a rich baritone voice that the talkies needed. After a screen test in which he inadvertently mocked Warner Bros. production head Darryl Zanuck but impressed director William “Wild Bill” Wellman, Talbot was signed by Warner Bros.-First National. The studio gave him a plum part in William A. Wellman’s Such Things Happen (1932) co-staring with Douglas Fairbanks Jr., Ann Dvorak and the fast-talking Lee Tracy. He appeared in “A” pictures in the 1930s in supporting roles, including Three on a Match (1932), 20,000 Years in Sing Sing (1932), and One Night of Love (1934) (with opera star Grace Moore), but his work was mostly in “B” pictures, in which he frequently played leads. Although he thoroughly enjoyed the work, acting was practiced as an assembly line operation at the time. Actors would be assigned work usually based on 12-hour days and six-day weeks, and commit themselves to the infamous seven-year exclusive contract that included draconian suspension penalties in the fine print. Talbot, along with James Cagney, Olivia de Havilland and Bette Davis (ironically all WB contract players), were outspoken in their commitment to change working conditions for actors. Talbot was one of the founders of the Screen Actors Guild and the first employee of the Brothers Warners to join the union, much to their ire.

Later, as a character actor, Talbot appeared as Commissioner Gordon in the 1949 serial Batman and Robin (1949) and was Lex Luthor in Atom Man vs. Superman (1950) the next year. Talbot took on a tremendous number of roles, either because he was not discriminating enough, always wanted to keep working, or simply appreciated the money. In the early 1950s he appeared in several of Edward D. Wood Jr.’s most notorious films, including the infamous transvestite tear-jerker Glen or Glenda (1953) and the famously inept Plan 9 from Outer Space (1959). Aside from Bela Lugosi, Talbot was Wood’s most famous star.

Throughout his film and TV career, Talbot continued to perform on stage, co-starring in “Separate Rooms” on Broadway in the early 1940s and starring in national touring companies of Neil Simon’s “The Odd Couple” and summer stock tours of Gore Vidal’s “The Best Man” and Thornton Wilder’s “The Matchmaker.” In 1967 he co-starred in a revival of “South Pacific” at New York’s Lincoln Center with Florence Henderson.

Lyle Talbot died of natural causes on March 3, 1996, in his home in San Francisco, California, at the age of 94, the last of the SAG founders to shuffle off this mortal coil.