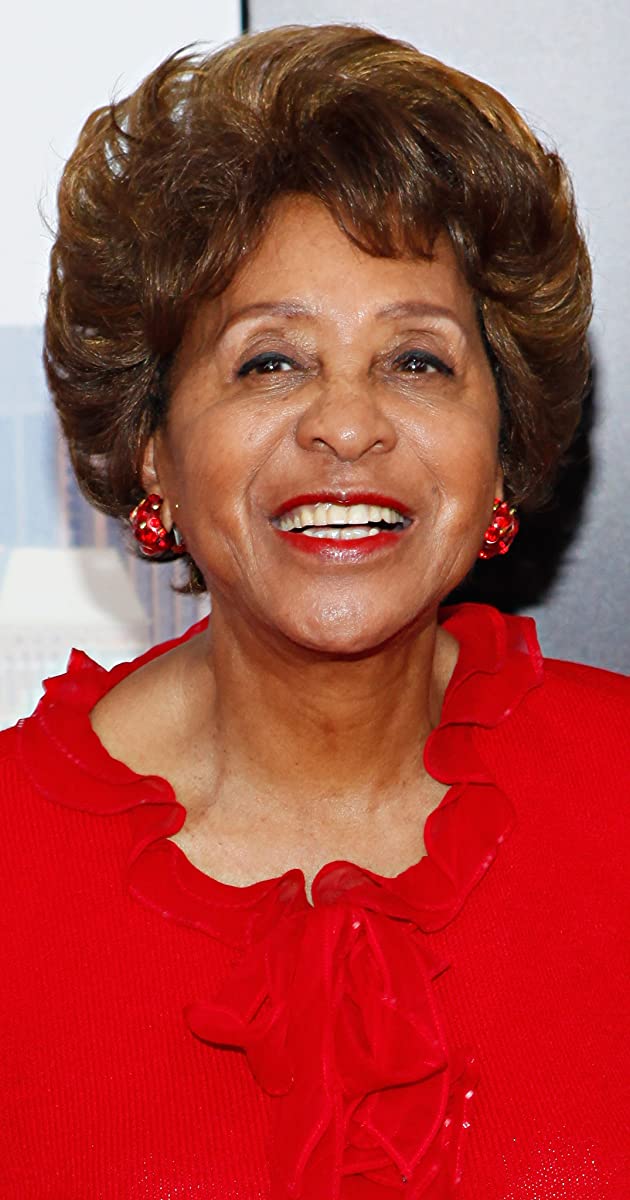 Armed with an acid dry wit and a full arsenal of sarcasm and sass, African-American character comedienne Marla Gibbs showed up on 70s TV with a bang in middle age (44). Landing the feisty maid role on the popular ground-breaking CBS comedy, The Jeffersons (1975), eventually led to her very own sitcom, 227 (1985), a decade later and international celebrity. A divorced mother with three children (Angela Elayne Gibbs, Dorian, Joseph) at the time of her initial success, it was a job transfer from Detroit to Los Angeles, while working as a United Airlines reservation clerk, that set up this more-than-welcome surprise and change of destiny.

Following high school, Marla attended Peters Business School (1950-1952) and toiled for a time as a receptionist and switchboard operator in the Detroit area. Eventually, she secured work with United Airlines. After moving to Southern California on a transfer, Marla gave acting a try and initially studied at the Mafundi Institute and Watts Writers Workshop, located in the Watts area of L.A. Bitten hard by the acting bug, she went on to appear in a number of local productions, including “Medea”, “The Amen Corner” and “The Gingerbread Lady”.

After only a couple of minor film parts, including the “blaxploitation” film, Black Belt Jones (1974), she nabbed the role of “Florence Johnston”. The maid was initially set up as a mere one-shot guest part but Marla showed the character’s potential. And, so it came to be that “Florence Johnston” became THE scene-stealing foil to Sherman Hemsley’s equally mouthy, money-minded “George Jefferson”. Until the show became a certified hit, Marla cautiously kept her job with the Airlines. With wisecracks and Emmy nominations (totaling 5) a plenty, however, Marla never had to look back. The role of “Florence” was a natural for a spin-off series and it happened with the sitcom, Checking In (1981), in which the character becomes a housekeeper for a very swanky hotel. The show was harmed, however, by a writer’s strike before it could gain a core audience. Fortunately for Marla, she was ushered right back into the Jefferson household following its quick demise (four episodes). Two months after the last “Jeffersons” episode aired in July of 1985, “227” was included in that year’s fall schedule.

Daughter Angela Elayne Gibbs produced an award-winning play by Christine Houston entitled “227”, with Marla as the lead, at Marla’s own local Crossroads Theatre, which the actress founded in 1981. The play was a solid hit and Marla wisely purchased the TV rights. Once “The Jeffersons” was over, she pushed for “227” as a sitcom vehicle. Producer Norman Lear gave it the green light and Marla settled right back in for another popular series ride (for NBC), this time as resident gossip “Mary Jenkins”, whose demeanor was warmer and more approachable than the feisty “Florence” character. This series, which featured spitfire Jackée Harry as vampish neighbor, “Sandra”, ran for five years.

Marla’s older sister, Susie Garrett, who co-starred on the hit sitcom, Punky Brewster (1984), died of cancer in 2002. Fully recovered after suffering a small aneurysm and stroke a few years ago, the actress recently performed in the comedy play, “Boeing-Boeing”, in Kansas City, a role created on film by the equally sarcastic Thelma Ritter, back in the 1960s.