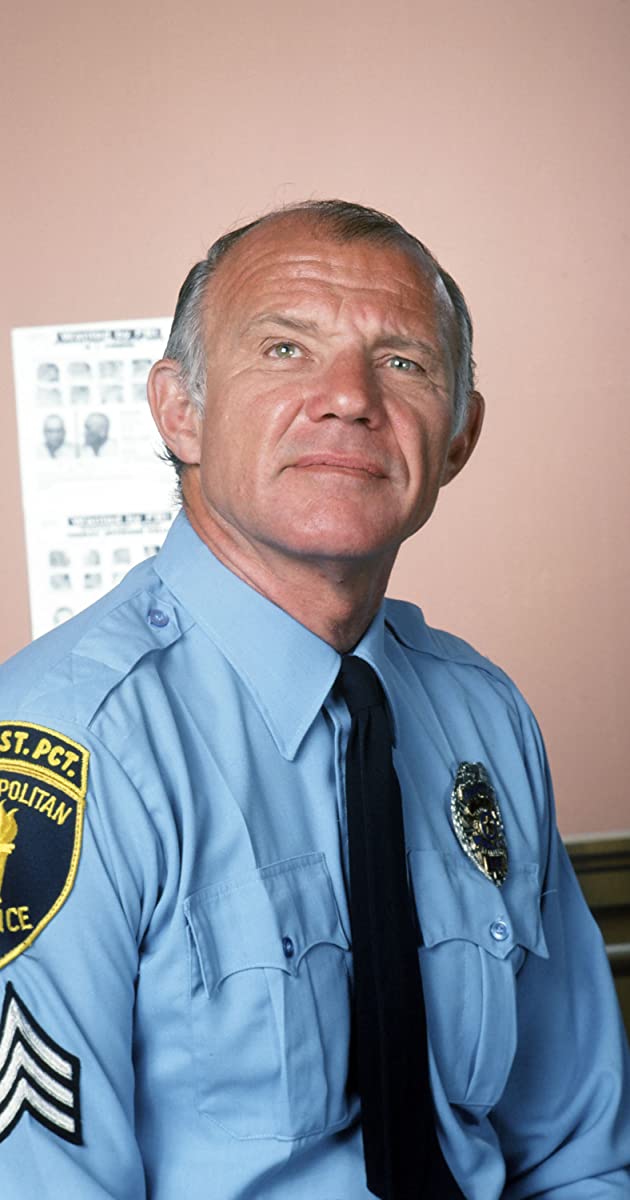 Michael Conrad was a powerfully built and toweringly tall New York-born American character actor, best known for his role as the pompous but beloved desk sergeant Phil Esterhaus on Hill Street Blues (1981), for which he won two Outstanding Supporting Actor in a Drama Series Emmy Awards (1981, 1982). He also played Michael Stivic (Rob Reiner)’s uncle on an early episode of All in the Family (1971), who objects to his nephew’s non-religious marriage ceremony to a non-Catholic. Conrad made his television debut in 1955, and remained busy for almost 30 years, appearing in 25 TV movies. He was a familiar supporting player in movies, including The Mean Machine (1974), and, early in his career, on stage. Conrad died from urethral cancer during the shooting of the police drama’s fourth season, five weeks after his 58th birthday.