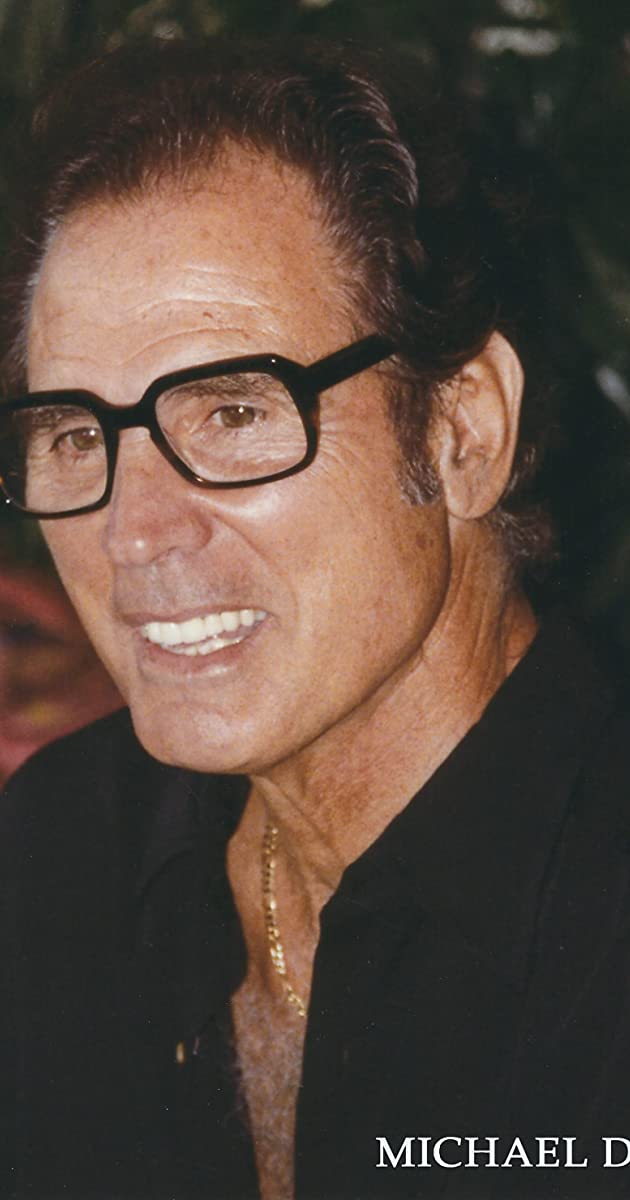 Michael Dante’s autobiography, ‘Michael Dante – From Hollywood to Michael Dante Way’ was published in DEC. 2014 and can be purchased on Amazon.com, bearmanormedia.com and on Michael Dante’s official web site at michaeldanteway.com. Award winning Actor Michael Dante has starred/co-starred in 30 films, 150 television shows and was under contract to 3 major studios; MGM, Warner Bros. and 20th Century Fox. An ex-professional baseball player and winner of numerous prestigious awards, Michael has a street named for him in his hometown of Stamford, Connecticut, ‘Michael Dante Way.’ In Jan. 2016, Michael Dante was sworn in as an honorary Arizona Ranger. There are only two honorary Arizona Rangers in the state of Arizona; Michael Dante and George W. Bush. Michael Dante has a star on the Palm Springs Walk of Stars in Palm Springs, California and has become a ‘legend’ in his field through his westerns, dramas and as ‘Maab’ on the original series, Star Trek. Michael Dante played the title role in the classic film ‘Winterhawk’ and was selected by the great director Sammy Fuller to play the part of Grant in his Film Noir cult film, ‘The Naked Kiss.’ Michael Dante co-starred in two films with Audie Murphy, ‘Apache Rifles’ and ‘Arizona Raiders’ and starred in his first film ‘Westbound’ with Randolph Scott and Virginia Mayo. He was the safe cracker lover boy in the film ‘Seven Thieves’ with Joan Collins, Edgar G. Robinson, Eli Wallach and Rod Steiger. His many awards include the Silver Spur Award, the Southern California Motion Picture Council Award, the Spirit of the West Award, Apacheland Spirit Award, Wall of Fame Henager American History Museum Award, 2014 Honoree of the Year Award by the Sons of Italy in America, to name just a few. Michael Dante has been a guest speaker and special celebrity guest at Conventions and Festivals throughout the country. He hosted his own celebrity radio show, ‘The Michael Dante Classic Celebrity Talk Show’ interviewing the top classic names in entertainment and sports for 12 years on the radio in Palm Springs, California. Go to his web site at michaeldanteway.com to see more and read more about Award Winning Actor Michael Dante. Michael Dante received the Golden Boot Award, the Oscar of Westerns in 2003. It is a most prestigious award; a career award selected by his peers for his fine work in the western genre. Michael cherishes this award because it is not just for one performance, but based on all his fine work in westerns on television and in films.