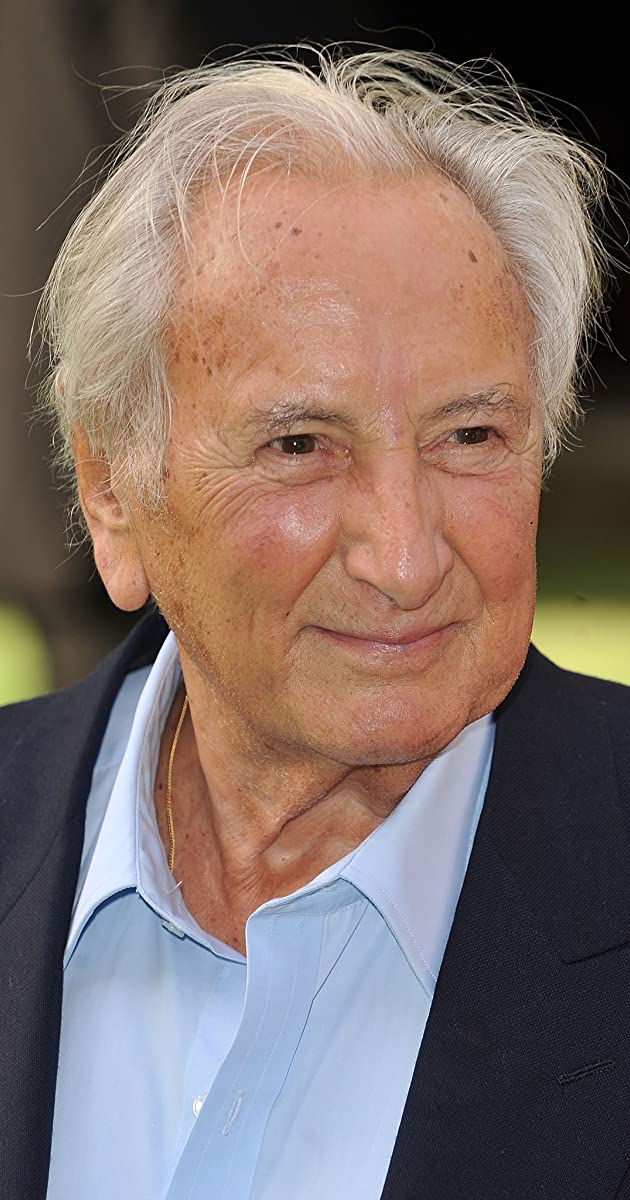 Winner was an only child, born in Hampstead, London, England, to Helen (née Zlota) and George Joseph Winner (1910-1975), a company director. His family was Jewish; his mother was Polish and his father of Russian extraction. Following his father’s death, Winner’s mother gambled recklessly and sold art and furniture worth around £10m at the time, bequeathed to her not only for her life but to Michael thereafter. She died aged 78 in 1984.

He was educated at St Christopher School, Letchworth, and Downing College, Cambridge, where he read law and economics. He also edited the university’s student newspaper, Varsity (he was the youngest ever editor up to that time, both in age and in terms of his university career, being only in the second term of his second year). Winner had earlier written a newspaper column, ‘Michael Winner’s Showbiz Gossip,’ in the Kensington Post from the age of 14. The first issue of Showgirl Glamour Revue in 1955 has him writing another film and showbusiness gossip column, “Winner’s World”. Such jobs allowed him to meet and interview several leading film personalities, including James Stewart and Marlene Dietrich. He also wrote for the New Musical Express.

He began his screen career as an assistant director of BBC television programmes, cinema shorts, and full-length “B” productions, occasionally writing screenplays. In 1957 he directed his first travelogue, This is Belgium, shot largely on location in East Grinstead. His first on-screen credit was earned as a writer for the crime film Man with a Gun (1958) directed by Montgomery Tully. Winner’s first credit on a cinema short was Associate Producer on the film Floating Fortress (1959) produced by Harold Baim. Winner’s first project as a lead director involved another story he wrote, Shoot to Kill (1960). He would regularly edit his own movies, using the pseudonym “Arnold Crust”. He graduated to first features with Play It Cool (1962), a pop musical starring Billy Fury.

Winner’s first significant film was West 11 (1963), a sympathetic study of rootless drifters in the then seedy Notting Hill area of London. Filmed on location (always Winner’s preference), with a script by Willis Hall and Keith Waterhouse, the film remains an interesting contribution to the working-class realism wave of the early 1960s. Following differences with his producer, Daniel Angel, Winner (who had wanted to cast Julie Christie in the main female role) resolved to produce as well as direct his films and set up his own company, Scimitar. The System (1964) and the hectic, dystopian I’ll Never Forget What’s’isname (1967) were paired pieces starring Oliver Reed that continued Winner’s exploration of alienated youth adrift in a rising tide of affluence, dreaming of an alternative life they can never achieve. These films and the exuberant ‘Swinging London’ comedy The Jokers (1967), also starring Reed, were well-suited to Winner’s restless, intrusive camera style and staccato editing. They were followed by Hannibal Brooks (1969), a witty Second World War comedy written by Dick Clement and Ian La Frenais, which attracted attention in America and led to Winner pursuing a Hollywood career in the 1970s.

Winner now developed a new reputation as an efficient maker of violent action thrillers, often starring Charles Bronson. The most successful and controversial was Death Wish (1974), with Bronson cast as a liberal architect who embraces vengeance after the murder of his wife and daughter. An intelligent analysis of the deep roots of vigilantism in American society, Death Wish is restrained in its depiction of violence. With his obsessive need to work, Winner accepted many inferior projects, including two weak Death Wish sequels, though occasionally he tried to make more prestigious films, notably The Nightcomers (1971), a prequel to Henry James’ The Turn of the Screw, made in Britain with Marlon Brando; and A Chorus of Disapproval (1989), a satisfying version of Alan Ayckbourn’s bittersweet comedy.

By the 1990s Winner had become less prolific, and reaped no benefit from the Lottery-prompted rise in genre film-making, which favoured the young and inexperienced. Dirty Weekend (1993), a rape-revenge movie with a female vigilante, aroused considerable controversy, but hardly enhanced Winner’s reputation; Parting Shots (1998), a comedy revenge thriller suffused with allusions to Death Wish and restaurant scenes invoking Winner’s current incarnation as a food critic, is perhaps his swan song.

In an interview with The Times newspaper, Winner said liver specialists had told him in summer 2012 that he had between 18 months and two years to live. He said he had researched assisted suicide offered at the Dignitas clinic in Switzerland, but found the bureaucracy of the process off-putting. Winner died at his home, Woodland House in Holland Park, on 21 January 2013, aged 77. Winner was buried following a traditional Jewish funeral at Willesden Jewish Cemetery.