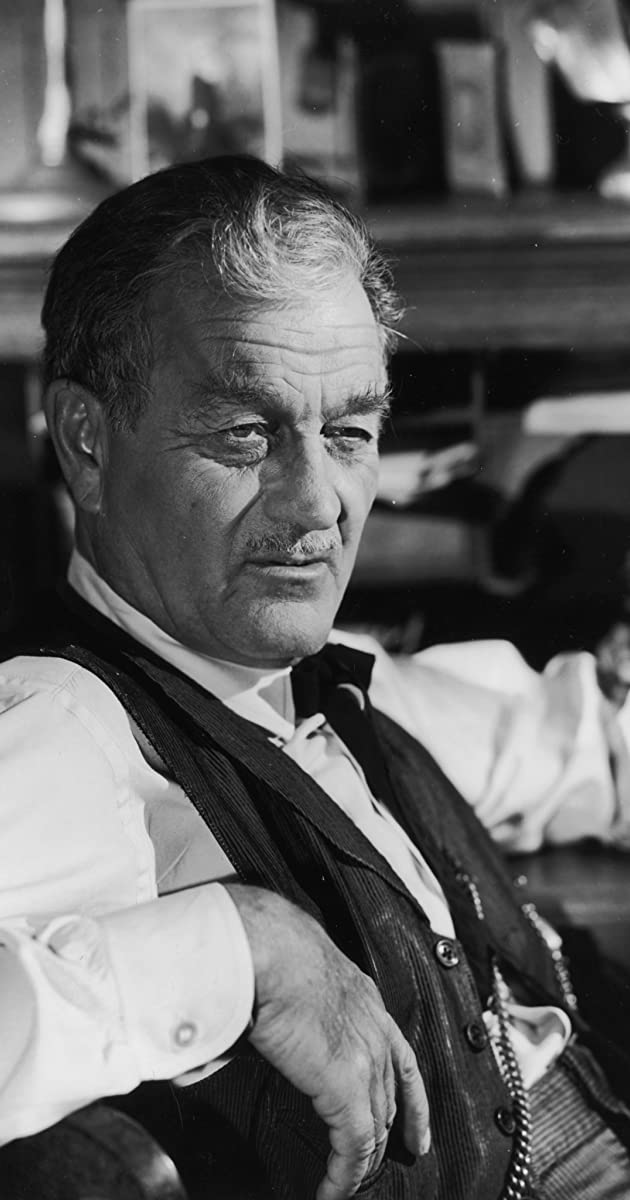 Character actor Milburn Stone, the beloved “Doc Adams” on TV’s long-running western classic Gunsmoke (1955), was born in Kansas on July 5, 1904. Acting must have been in his blood as the nephew of Broadway comedian Fred Stone for Milburn left home as a teenager to find work with touring repertory troupes. Emulating his famous uncle Fred, he appeared in vaudeville as part of a song-and-dance team called “Stone and Strain.” Following a minor appearance on Broadway in “The Jayhawkers,” Milburn moved to Los Angeles in 1935 to try his luck in films. He toiled for years in mostly unbilled parts for ‘poverty row’ Monogram Pictures, apprenticing in a number of background roles as both benign fellows (clerks, reporters, sailors, detectives) and bad guys (convicts, robbers, henchmen). Out of the blue he would nab a heroic film lead in films as Federal Bullets (1937) or serial thrillers as The Great Alaskan Mystery (1944) and The Master Key (1945), then invariably go right back to unbilled status in his very next role. One memorable featured part (which was also unbilled) was as debater Stephen A. Douglass in John Ford’s Young Mr. Lincoln (1939). In addition he played a regular support role in the “Tommy Tailspin” serials and found himself cast in a few of Ford’s pictures. When the role of “Doc Adams” finally landed at his feet in 1955, the exasperated actor was only too appreciative to experience a steady paycheck. He became an “overnight” star and, along with Matt Dillon’s James Arness, stayed a citizen of Dodge City throughout its entire 20-year run (500 episodes), although he was temporarily sidelined by a heart attack in 1971 and briefly replaced by another “doc” played by Pat Hingle. The ever-durable Stone missed only seven episodes. After his return, however, his appearances were somewhat curtailed. Milburn won a well-deserved Emmy award in 1968 for his crusty role. Fully retired to his ranch in 1975 after the show’s cancellation, he was eventually awarded an honorary doctorate from St. Mary of the Plains College in (of course) Dodge City, Kansas. Married to Jane Garrison, the 75-year-old Milburn died of a heart attack on June 12, 1980 in La Jolla, California. His wife passed away in 2002.