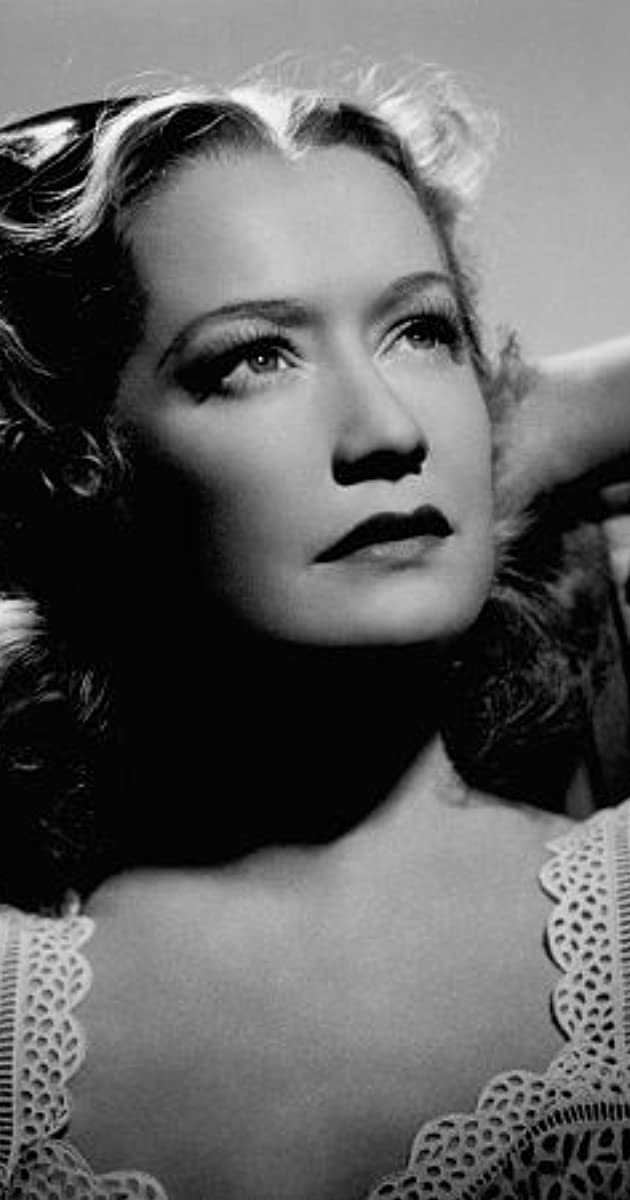 Born into wealth in Savannah,Georgia on October 18, 1902, Ellen Miriam Hopkins was able to attend the finest educational institutions including Goddard Seminary in Plainfield, Vermont and Syracuse University in New York State. Studying dance in New York , she received her first taste of show business as a chorus girl at twenty. She appeared in local musicals before she began expanding her horizons by trying out dramatic roles four years later. By 1928, Miriam was appearing in stock companies on the East Coast and her reviews were getting better after having been vilified earlier in her career. In 1930, Miriam decided to try the silver screen and signed with Paramount Studios. Since she was already established on Broadway, Paramount felt they were getting a seasoned performer after the rave reviews she had received on Broadway. Her first role was in Fast and Loose (1930). The role, where Miriam played a rebellious girl, was a good start. After appearing in The Hours Between (1931), where she is killed by her husband, Miriam played Princess Anna in The Smiling Lieutenant (1931) opposite Maurice Chevalier. Still considered a newcomer, Miriam displayed a talent that had all the earmarks of stardom. She was to finish out the year by playing Ivy Pearson in Dr. Jekyll and Mr. Hyde (1931). Miriam began filming The World and the Flesh (1932) which was not a box-office blockbuster. Later, she appeared in Dancers in the Dark (1932) with George Raft. The film was unexpectedly strong and enjoyable which served as a catalyst to propel Miriam and Raft to bigger stardom. In Two Kinds of Women (1932) directed by William C. de Mille, Miriam once again performed magnificently. Later that year she played Lily Vautier in the sophisticated comedy Trouble in Paradise (1932). A film that should have been nominated for an Academy Award, it has lasted through the years as a masterpiece in comedy – even today, film buffs and historians rave about it. Miriam’s brilliant performance in Design for Living (1933) propelled her to the top of Paramount’s salary scale. Later that year, Miriam played the title role in The Story of Temple Drake (1933). Paramount was forced to tone down the film’s violence and character being raped to pass they Hayes Office code. Despite being watered down, it was still a box-office smash. In 1934, Miriam filmed All of Me (1934) which was less than well-received. Soon, the country was abuzz as to who would play Scarlett O’Hara in Margaret Mitchell’s Gone with the Wind (1939). Miriam wanted the coveted spot especially since she was a Southern lady and Georgia native. Unfortunately, as we all know, she didn’t win the role. As a matter of fact, her only movie role that year was in The Old Maid (1939). By this time, the roles were only trickling in for her. With the slowdown in film work, Miriam found herself returning to the stage. She made two films in 1940, none in 1941, and one in 1942 and 1943, respectively. The stage was her work now. However in 1949, she received the role of Lavinia Penniman in The Heiress (1949). Miriam made only three films in the 1950’s, but she had begun making appearances on television programs. Miriam made her final big screen appearance in Savage Intruder (1970). Nine days before her 70th birthday, on October 9, 1972, Miriam died of a heart attack in New York City.