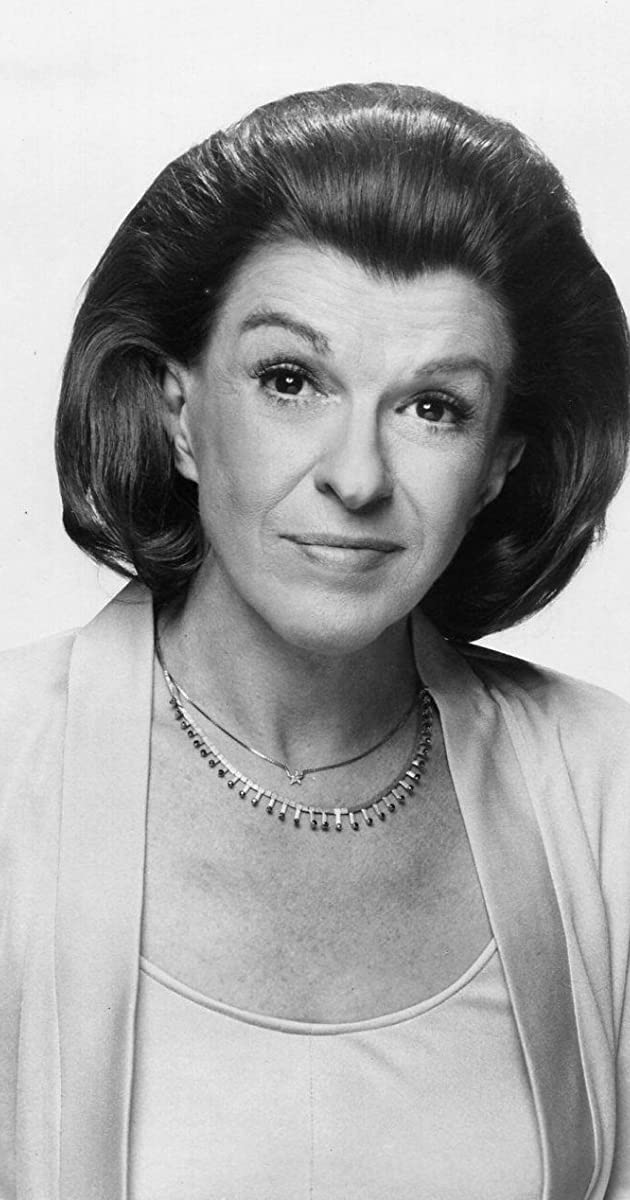 They say big things often come in small packages, and never was that saying more true than when sizing up the talents of that diminutive dynamo Nancy Walker. Born Anna Myrtle Swoyer in Philadelphia on May 10, 1922, she lived a born-in-a-trunk existence as the daughter of vaudevillian Dewey Barto (né Stewart Steven Swoyer). At the time of his run of Broadway’s “Hellzapoppin”, Barto was part of the comedy team of Barto & Mann (George Mann). Her younger sister, Betty Lou Barto (born 1930), had a less impressive and briefer performing career. Although she had designs on becoming a legit singer, it was hard for others to take Nancy seriously with her naturally aggressive manner backed up by this tiny frame. Comedy became her forte.

Broadway legend George Abbott picked up on her innate comic abilities immediately and set her up as his blind date in the Broadway musical smash “Best Foot Forward” in 1941. The show, starring June Allyson, was a certifiable hit, and when MGM turned Best Foot Forward (1943) into a musical film, Nancy, as well as June, went right along with it. Nancy continued giving top support for MGM in the Judy Garland/Mickey Rooney starrer Girl Crazy (1943) and in Broadway Rhythm (1944). Back on Broadway, Nancy all but stole the proceedings as the hoydenish cabbie Hildy Esterhazy, who pursues a sailor on leave, in “On the Town” (1944). After a brief first marriage, she met vocal coach David Craig during the 1948 run of “Look, Ma, I’m Dancing”, when she was plagued by vocal problems. They married a few years later and had a daughter, Miranda. When Nancy left the show, she was replaced by her sister, Betty Lou Barto. Other musical plaudit came her way, including Tony nominations for the revue “Phoenix ’55” and for her lead role in “Do Re Mi” with Phil Silvers.

Nancy experienced some tough, lean years in the late 1950s and 1960s until she found TV an accepting medium. She became popular all over again, and a household name to boot, as Rosie the waitress in a series of Bounty paper-towel commercials. At around the same time, she won a regular role as Mildred, the sardonic maid on McMillan & Wife (1971). Her prototypical wisecracking role, however, came as the outlandish Jewish mom Ida Morgenstern, mother of Valerie Harper’s “Rhoda” character on Mary Tyler Moore (1970).

When Harper spun off into her own series–Rhoda (1974)–interfering Ida was right alongside her still-unmarried daughter, wreaking havoc. Alas, nominated for eight Emmys and four Golden Globe Awards for her collective work on series TV, she never won. Her renewed popularity, however, led to a couple of TV star vehicles that plainly didn’t suit her second-banana talents. Neither lasted very long. She eventually moved into stage and film directing. Nancy made her final regular TV-series appearance on the sitcom True Colors (1990), playing another of her long line of delightfully brash buttinskys. During the run of the show, she was diagnosed with lung cancer and died about six weeks before her 70th birthday in 1992. She was survived by her husband, daughter, and sister.