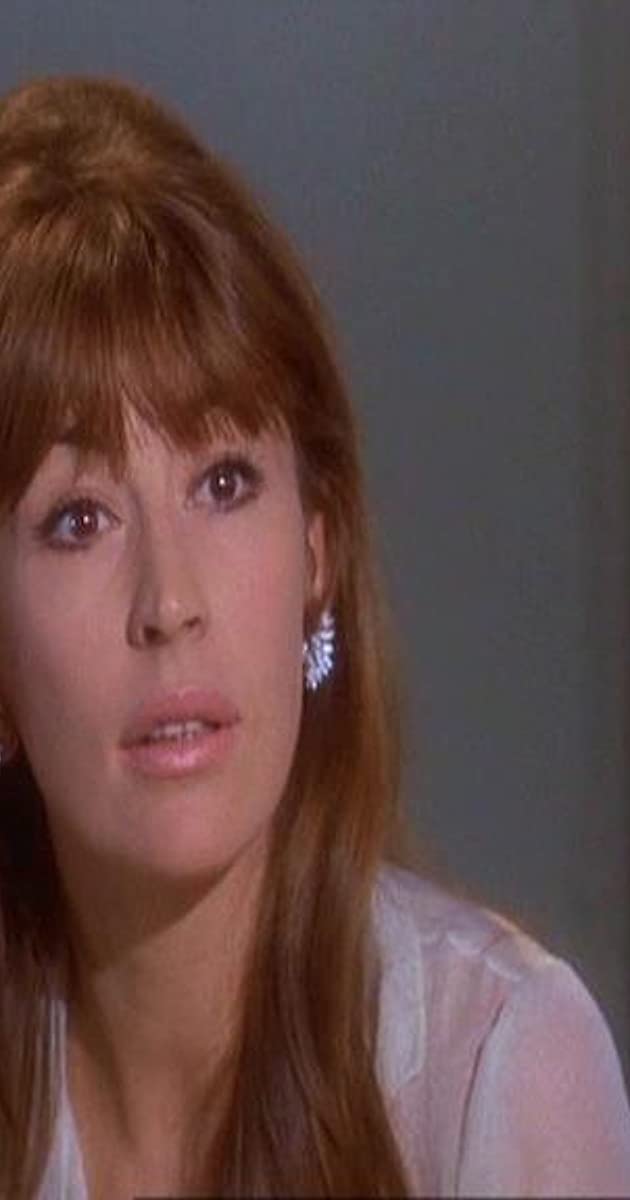 Prior to going to RADA she’d had a small part in ‘The Rebel’ with Tony Hancock but after the first day she went home in tears as she’d been made up with bright green lips and mud in her hair for her part as an extra sensualist. While she enjoyed making the film and working with Tony she didn’t enjoy the part. Just before she left RADA she went to see a producer about a part of a brassy blonde in a film. He was pleased with her but said that she needed to see the director for approval and that he was doing a night shoot at Marylebone shunting yard. If she went to see him there and if he approved she’d start filming the next week.. When she got to the yard she saw a man ‘comitting suicide’ by jumping onto tracks in front of a train. After shooting the scene he climbed onto the platform and asked who she was and what she was doing there. She’d already found out he was the director, Brian Forbes and introduced herself saying that she understood that she might be in his film. He replied that this had been the last night of shooting to which she ‘said that she’d come all the way from Streatham’ He said he’d take her home, to make sure that she’d be safe and continued to do so for 50 odd years. He’d done quite a few films by that time. plus a lot of stage work . They did a play together at the Aldwych Theatre and worked separately until he started to produce and direct when he cast her in lots of things.