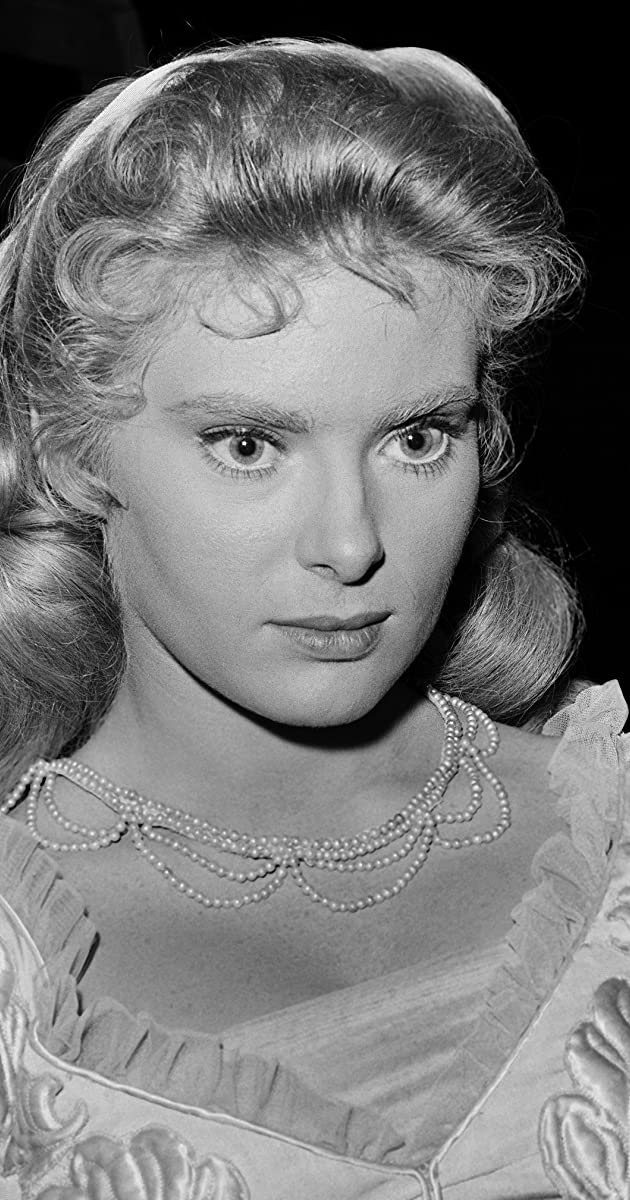 Fair, freckled and quite lovely, actress Natalie Trundy had quite a promising career approaching adulthood in the late 1950s until a serious car accident put a serious halt to things. As Natalie Campana, she was the elder of two daughters born to Bostonian parents. A child model, she took dance classes and started flirting with an acting career even before she graduated from elementary school. The little strawberry blonde made her TV debut as a singing and dancing “Little Red Riding Hood” in a Fred Waring live broadcast. The talented youngster quickly moved into radio and commercial work and made her Broadway debut at age 13 playing Janet Blair’s daughter in “A Girl Can Tell”. By this time, she was attending New York’s Professional Children’s School. She subsequently appeared alongside multiple Tony winner Shirley Booth in the turn-of-the-century Broadway musical, “By the Beautiful Sea” (1953), after replacing the originally cast ingénue. She followed this with the short-lived play, “Girls of Summer” (1956), which starred Shelley Winters.

At age 15, Natalie made her debut in the Italian film Montecarlo (1956), featuring such foreign luminaries as Marlene Dietrich and Vittorio De Sica in the cast. Agent-turned-producer Arthur P. Jacobs, who represented Ms. Dietrich at the time and was nearly 18 years older, met young Natalie during this filming. Producer Kirk Douglas cast her in what would be her second film The Careless Years (1957), a typical troubled teen love story co-starring Dean Stockwell.

Natalie put her career on hold in order to attend New York’s Briarcliff College and was planning to return full-time to acting following her education. In 1963, however, she was struck by a car and suffered a serious back injury that ended all hopes for a comeback. By chance, she was reintroduced to producer Jacobs a few years later and they married in London in 1968. Jacobs was producing the “Planet of the Apes” film series at the time and had just finished the original movie starring Charlton Heston. Natalie finally made her return in film, appearing in all of the sequels beginning with her role as “Albina”, the mutant in Beneath the Planet of the Apes (1970). For Jacobs, she also played the role of “Mrs. Loftus” in the musical adaptation of Huckleberry Finn (1974). Her husband’s sudden death of a heart attack at age 51 while she was on a Mississippi location signaled the end of her comeback. Natalie went on to assume production duties of his film company, APJAC productions. A brief second marriage produced a son and daughter.