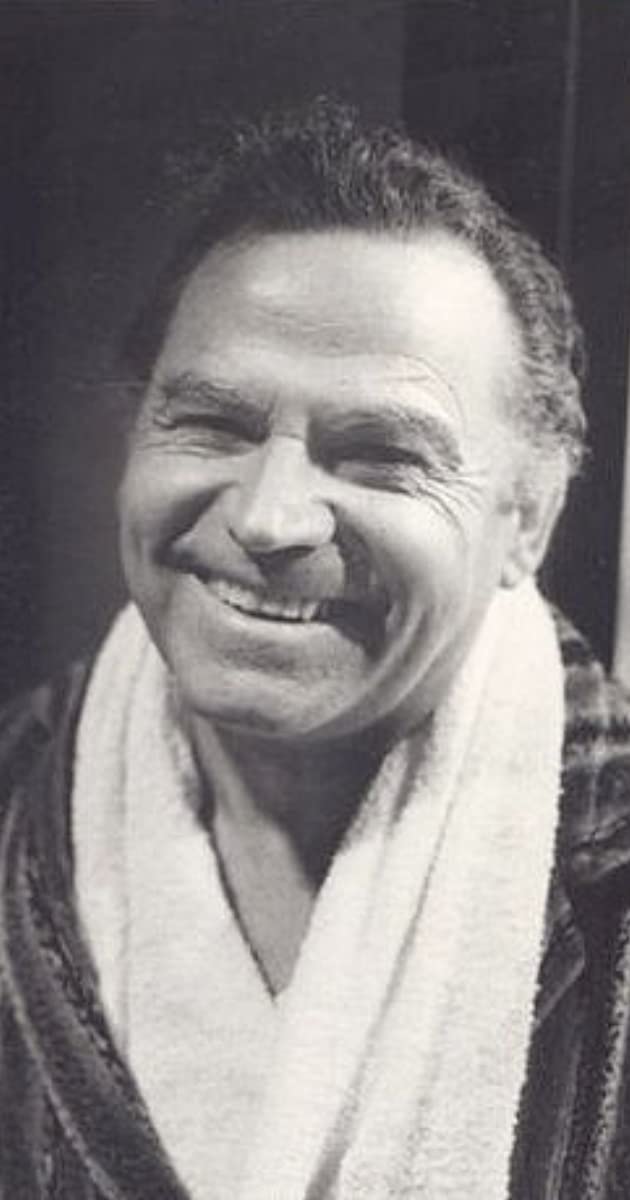 Born in 1919 in Jerusalem, Nehemiah Persoff immigrated with his family to America in 1929. Following schooling at the Hebrew Technical Institute of New York, he found a job as a subway electrician doing signal maintenance until an interest in the theater altered the direction of his life.

WWII interrupted his young career in 1942, returning to the stage after his hitch in the Army was over, three years later. He sought work in stock plays and became an intern of Stella Adler and, as a result, a strong exponent of the Actor’s Studio. Discovered by Charles Laughton and cast in his production of “Galileo” in 1947, Persoff made his film debut a year later with an uncredited bit in The Naked City (1948).

Short, dark, chunky-framed and with a distinct talent for dialects, Persoff became known primarily for his ethnic villainy, usually playing authoritative Eastern Europeans. In a formidable career that had him portraying everything from cab drivers to Joseph Stalin, standout film roles would include Leo in The Harder They Fall (1956) with Humphrey Bogart, Gene Conforti in Alfred Hitchcock’s The Wrong Man (1956), Albert in The Sea Wall (1957) and gangster Johnny Torrio in Al Capone (1959). That same year he played another gangster, the small role of Little Bonaparte, in Some Like It Hot (1959). He was a durable performer during TV’s “Golden Age” (Gunsmoke (1955), The Twilight Zone (1959)) and well beyond (Chicago Hope (1994), Law & Order (1990)), playing hundreds of intense, volatile and dominating characters.

In later years, his characters grew a bit softer as Barbra Streisand’s Jewish father in Yentl (1983) and the voice of Papa Mousekewitz in the An American Tail (1986) will attest. Later stage work included well-received productions of “I’m Not Rappaport” and his biographical one-man show “Sholem Aleichem”.

After declining health and high blood pressure forced him to slow down, Persoff took up painting in 1985, studying sketching in Los Angeles. Specializing in watercolor, he has created around 100 works of art, many of which have been exhibited up and down the coast of California. He celebrated his 100th birthday in 2019.