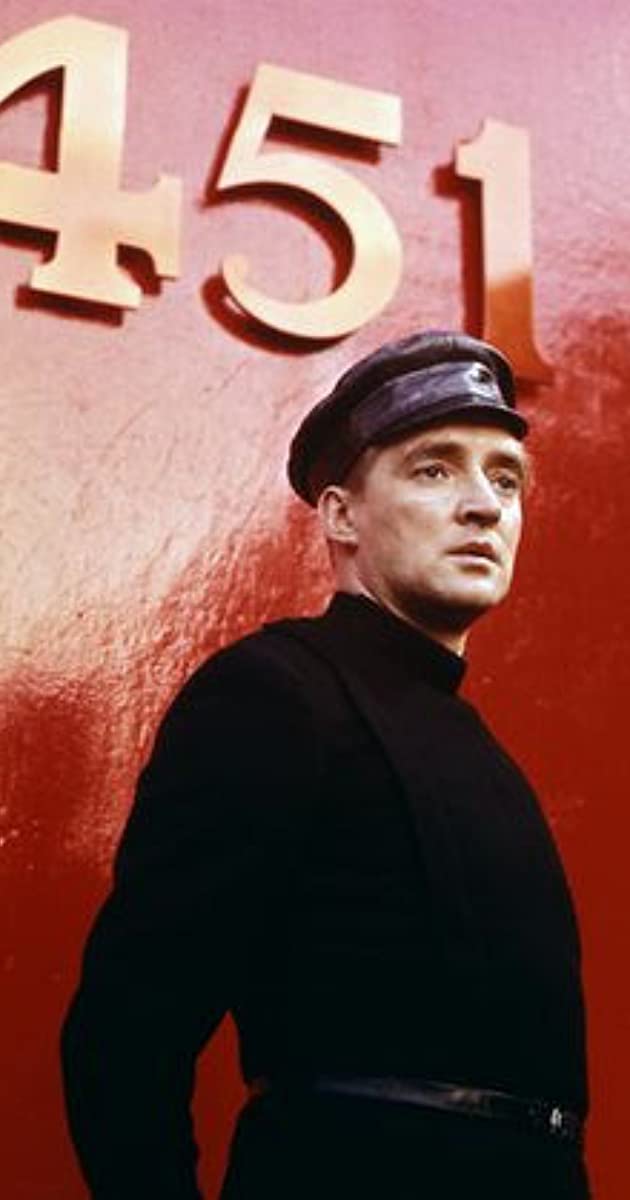 Remote, somewhat morose and, as a result, intriguing, Viennese talent Oskar Werner was born in 1922, not far from the birthplace of “Waltz King” Johann Strauss, and christened Oskar Josef Bschließmayer. His parents divorced when he was fairly young.

While growing up, Oskar found performing in school plays helped draw out a deep yearning to act. As a teenager, Oskar was further tempted when his uncle managed to find him some un-credited roles in a couple of German and Austrian war-era films.

Oskar dropped out of high school in order to pursue acting. Not long after, he became the youngest actor ever, up until that point, to be offered membership to the Burgtheater.

His name was changed to ‘Oskar Werner’, and he made his official debut in 1941. His career, however, was almost immediately interrupted by World War II. An avowed pacifist and fervent loathing of the Nazi regime, Werner eventually was forced to wear the German Axis army uniform, but finagled his way into KP duty feigning incompetence. Moreover, he married Elizabeth Kallina, a half-Jewish actress, which further endangered his life. Their daughter, Elinore, was born in 1944. The young family spent much of their time in the Vienna woods, hiding from both the Russians and Germans after the city was shelled.

In post-war years, Oskar returned to the Burgtheater and widened his range of classics on the stage. Performing in such productions as “The Misanthrope”, “I Remember Mama”, “Julius Caesar” and “Danton’s Death”, he also played a diverse range of character roles and “older men” parts.

He did not make any kind of dent in films until appearing in both the German (1948) and English versions of The Angel with the Trumpet (1950) as one of the more dissolute members of a family of piano makers.

Less than 2 years later, Oskar would have a resounding hit starring in his very first English-language film, Decision Before Dawn (1951), as the German prisoner of war protagonist in the Fox feature.

Though ready for film-stardom, Werner’s experience with the film studios quickly soured him on Hollywood, as it failed on its promise to develop him into a Hollywood commodity. As a result, he returned to Europe and his theatre roots, determined only to come back to films when it suitably piqued his interest.

He fulfilled that promise, perhaps to his career detriment.

Having become one of the most esteemed young actor found on Western European stages, he hit international celebrity with his definitive portrayal of “Hamlet” in 1952, a role he would return to frequently. He returned to filming a few years later; four of his features were released in 1955. He played a German captain in the film Der letzte Akt (1955) [released in the States as The Last Ten Days of Hitler]; Lieutenant Baumgarten in the historical thriller Spionage (1955) [aka: Colonel Redl]; the title role in the romanticized biopic Mozart (1955); and the student in the Max Ophüls drama Lola Montès (1955).

In 1957, he founded the Theatre Ensemble Oskar Werne, with which he performed in such productions as “Bacchus.” He would also return on occasion to the Burgtheater where he played “Henry V” and “Prince Hal” in “Henry IV”.

His interest in filming was not piqued again until 1962, when he became an international sensation alongside French star Jeanne Moreau, in François Truffaut’s ‘New Wave’ cinematic masterpiece Jules and Jim (1962) as the highly romantic and intellectual “Jules”. He stood firm, however, despite the rash of critical kudos, and did not make a film again until four years later, earning an Oscar nomination for his tortured shipboard romance with Simone Signoret (also nominated) in the glossy high seas drama Ship of Fools (1965). Notable for his roles of almost unbearable but restrained intensity, Werner furthered his film reputation by co-starring with Richard Burton and Claire Bloomin the now- classic Cold War spy film, The Spy Who Came in from the Cold (1965). Truffaut blessed him as well with another sterling role, in the futuristic classic Fahrenheit 451 (1966), but the relationship between both of the men was irreparably damaged over artistic differences during filming.

The unhappy experience Werner had during filming, triggered an already burgeoning drinking problem, and marked the start of decline of his career.

Werner made only three films following the Truffaut affair, but the roles, as usual, were performed superbly. He played the suave and very-married symphony conductor who has an illicit affair with a reporter (Barbara Ferris) in the tender remake of the June Allyson/Rossano Brazzi tearjerker Interlude (1968); he appeared as an unorthodox Jesuit priest in the all-star epic The Shoes of the Fisherman (1968); and boarded another WW II-era ship as German Faye Dunaway’s Jewish husband in the all-star feature, Voyage of the Damned (1976).

Sadly, his longstanding problem with drink turned Oskar into a virtual recluse. Twice divorced (his second wife being Anne Power, the adopted daughter of father, Tyrone Power) and mother, Annabella, Werner later had a son, Felix, from a 1966 liaison with American model Diane Anderson.

His later years were spent traveling internationally, committing to poetry/pacifist readings, and occasionally performing on the stage. In 1967, he presented his one-man show ‘An After-Dinner Evening with Oskar Werner’, which was comprised of readings from the works of Schiller, Goethe and others. In 1970, he once-again toured with ‘Hamlet’. His final stage appearance was in a 1983 production of ‘The Prince of Homburg’.

On the night of Monday, 22 October, 1984, Werner canceled a concert reading at a German drama club due to illness. The following day – 23 October, 1984 Werner was found dead by heart attack, at the age of 61. He was laid to rest in his adopted country of Liechtenstein. He passed away only two days after Truffaut.