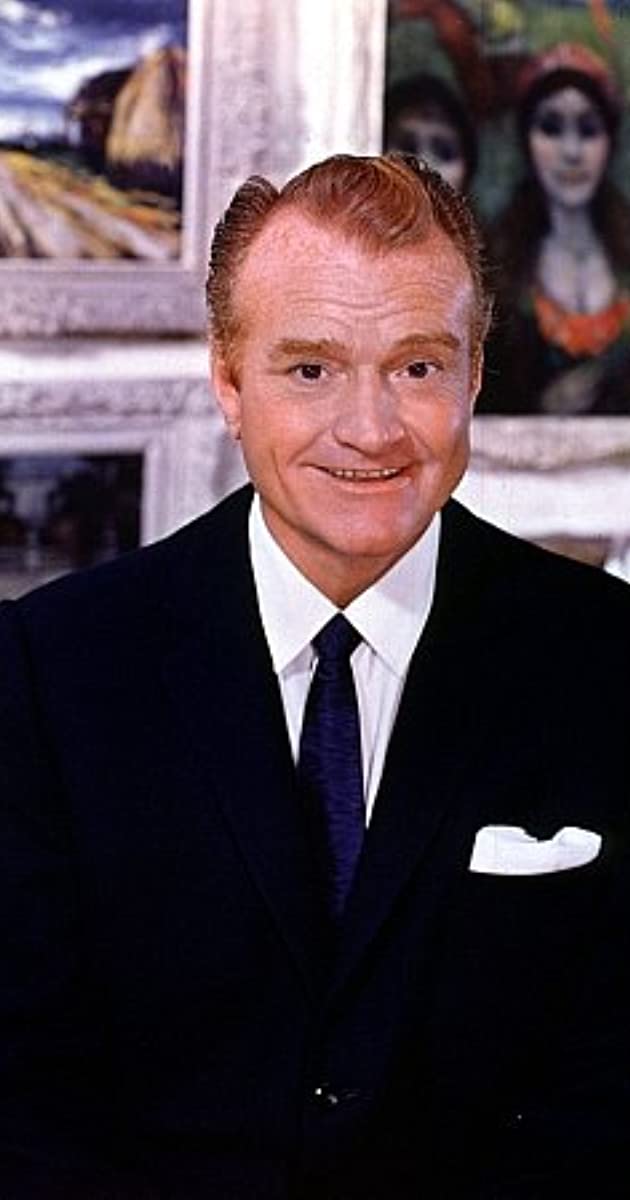 The son of a former circus clown turned grocer and a cleaning woman, Red Skelton was introduced to show business at the age of seven by Ed Wynn, at a vaudeville show in Vincennes. At age 10, he left home to travel with a medicine show through the Midwest, and joined the vaudeville circuit at age 15. At age 18, he married Edna Marie Stilwell, an usher who became his vaudeville partner and later his chief writer and manager. He debuted on Broadway and radio in 1937 and on film in 1938. His ex-wife/manager negotiated a seven-year Hollywood contract for him in 1951, the same year The Red Skelton Show (1951) premiered on NBC. For two decades, until 1971, his show consistently stayed in the top twenty, both on NBC and CBS. His numerous characters, including Clem Kaddiddlehopper, George Appleby, and the seagulls Gertrude and Heathcliffe delighted audiences for decades. First and foremost, he considered himself a clown, although not the greatest, and his paintings of clowns brought in a fortune after he left television. His home life was not completely happy–two divorces and a son Richard who died of leukemia at age nine–and he did not hang around with other comedians. He continued performing live until illness, and he was a longtime supporter of children’s charities. Red Skelton died at age 84 of pneumonia in Rancho Mirage, California on September 17, 1997.