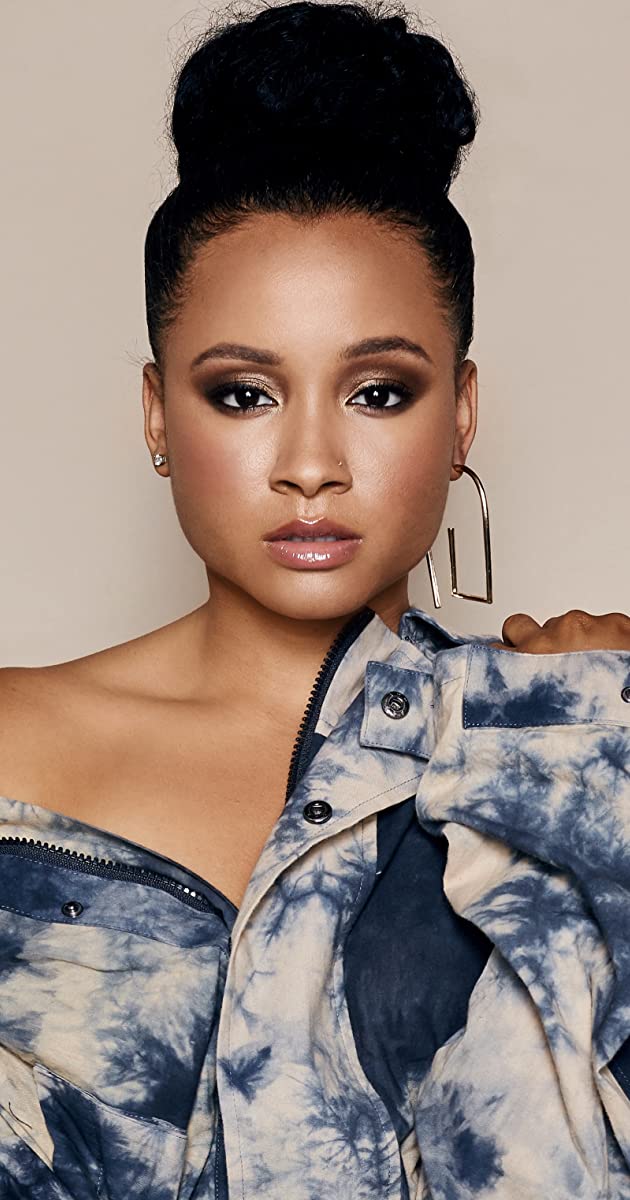 As a bona fide star on the rise, Rhyon Nicole Brown is becoming well known in the entertainment industry as a triple threat; bringing complex, powerful characters to life on screen while also writing, recording, and performing her own original music. After a stellar performance as Maya throughout season 4 on FOX”s acclaimed hit drama series “Empire,” (created by Lee Daniels and Danny Strong) Brown has now joined the cast as a series regular with all-new episodes airing on September 26, 2018.

On the film front Brown will star alongside Oscar-Award winner Gary Oldman and Jessica Alba in Goldfinch Studios’ upcoming indie crime-action film “Killers Anonymous” [currently in post production]. She also recently wrapped production on the Tri Destined film “Throwback Holiday,” which is slated for release on BET this fall.

In one of her most challenging roles to date, Brown portrayed renowned R&B artist Michel’le in the Lifetime biopic “Surviving Compton: Dre, Suge and Michel’le” Afterwards, she joined a star-studded cast in the hip-hop anthology series “Tales.” By no means is Brown new to the entertainment industry, a few additional television and film credits include: ABC Family’s award winning series “Lincoln Heights,” Tyler Perry’s “For Better or Worse,” and 50 Cents’ feature film “Get Rich or Die Tryin’.”

Rhyon’s passion for the arts and her dedication to education secured her a position in the prestigious USC School of Cinematic Arts where she majored in Film and Production. There, she refined her skills behind the camera and was selected to write a treatment and direct a music video for a song she happened to pen for a Columbia Records recording artist. As her passion for music grew she spent many of her college nights in dorm rooms writing, recording demos and performing covers.

Subsequently in the studio, she began working with the right producers and four years later with her degree in hand; she returned to the entertainment business and began merging acting, writing and music. Brown has recently teamed up with mega producer Harmony Samuels (Janet Jackson, Jennifer Lopez, Ariana Grande, Fifth Harmony) and as a result her debut EP “Pretty Girl” was birthed. The EP, set for release early in 2019, will showcase Brown’s unique sound on original tracks featuring a mix of soul-searching ballads, and modern day R&B with a twist of pop all accompanied by an intriguing short film.

Brown’s talents have also been the gateway to her philanthropic endeavors. Acting, writing and music are the instruments she uses as a platform to reach and inspire others to be comfortable in their skin and confident in who they are, so that they can find their true purpose in life, just as she has found hers. Her efforts caused McDonalds to honor her with the “Rising Star” Award at the 2018 Trumpet Awards, which recognizes those who work diligently to improve the lives of others and make a lasting impact on the community.