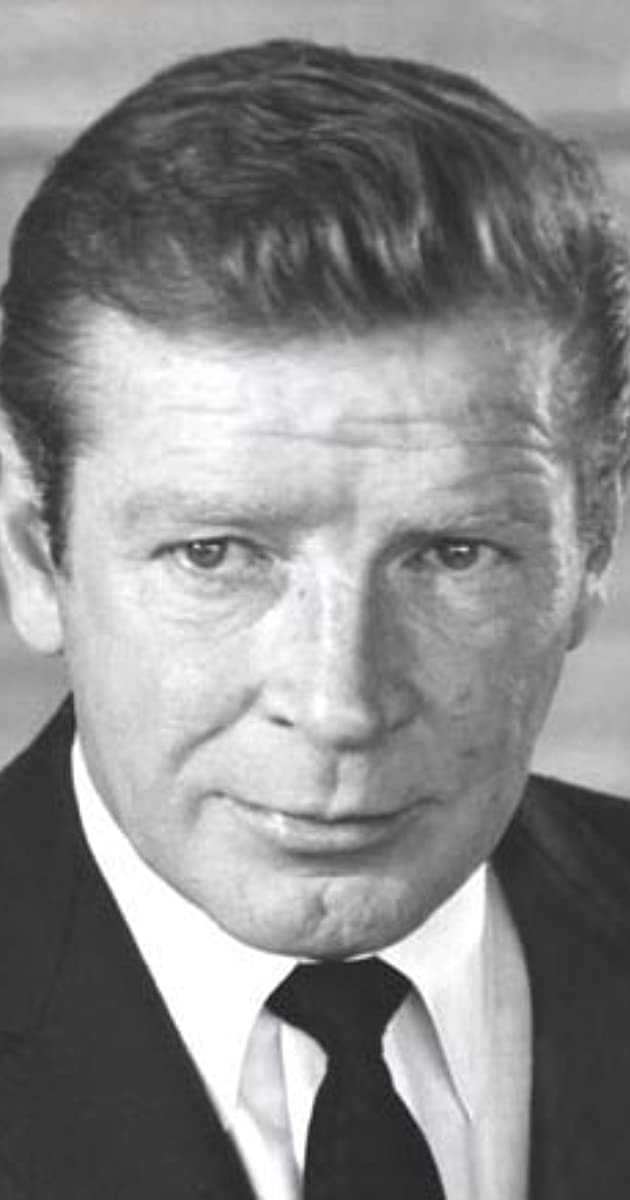 Despite many a powerful performance, this actor’s actor never quite achieved the stardom he deserved. Ultimately, Richard Basehart became best-known to television audiences as Admiral Harriman Nelson, commander of the glass-nosed nuclear submarine ‘S.S.R.N Seaview’ in Irwin Allen’s Voyage to the Bottom of the Sea (1964), shown on ABC from 1964 to 1968. Basehart’s distinctively deep, resonant voice also provided narrations in feature films, TV mini-series and for documentaries.

Born in Zanesville, Ohio, on August 14 1914, Basehart was one of four siblings born to a struggling and soon-to-be widowed editor of a local newspaper. Upon leaving college, he worked briefly as a radio announcer and then attempted to follow in his father’s journalistic footsteps as a reporter. Controversy over one of his stories led to his departure from the paper and cleared the path to pursue acting as a career. In 1932, Basehart made his theatrical bow with the Wright Players Stock Company in his home town and subsequently spent five years playing varied and interesting roles at the Hedgerow Theatre in Philadelphia. From 1938, he began to work in New York on and off-Broadway. Seven years later he received the New York Drama Critics Circle Best Newcomer Award for “The Hasty Heart”, a drama by John Patrick, in which Basehart played a dying Scottish soldier. In 1945, he received his first film offers. When he heard director Bretaigne Windust was seeking an authentic Scot for the lead role in The Hasty Heart, Basehart not only effected an authentic enough burr to win the part, but won also the 1945 New York Critic’s Award as the most promising actor of the year. His accent was so good that a visiting leader of a Scottish clan told the actor he knew his clan.

Basehart made his debut on the big screen with Repeat Performance (1947) at Eagle-Lion, a minor film noir with Joan Leslie, followed at Warner Brothers with the Gothic Barbara Stanwyck thriller Cry Wolf (1947). His third picture finally got him critical plaudits for playing a sociopathic killer, relentlessly hunted through drainage tunnels in He Walked by Night (1948), a procedural police drama shot in a semi-documentary style. Variety gave a positive review, commenting “With this role, Basehart establishes himself as one of Hollywood’s most talented finds in recent years. He heavily overshadows the rest of the cast…”

It was the first of many charismatic performances in which Basehart would excel at tormented or introverted characters, portraying angst, foreboding or mental anguish. His gallery of characters came to include the notorious Robespierre, chief architect of the The Black Book (1949), set during the French Revolution. He was one of the feuding Hatfields in Roseanna McCoy (1949) and in Fourteen Hours (1951) (based on a real 1938 Manhattan suicide) had a tour de force turn as a man perched on the high ledge of an office building threatening to jump. For much of the film’s duration, the camera was firmly focused on the actor’s face. Basehart later recalled “It was an actor’s dream, in which I hogged the camera lens, and the role called on me to act mostly with my eyes, lips and face muscles”. The New York Times reviewer Bosley Crowther called his performance ‘startling and poignant’.

Eschewing conventional movie stardom, Basehart meticulously selected and varied his roles, avoiding, as he put it, “stereotyping at the expense of not amassing an impressive bank account.” In the wake of the sudden death of his first wife, Basehart left the U.S. for Italy. In March 1951, he got married a second time (to the actress Valentina Cortese) and appeared in a succession of European movies, playing the ill-fated clown Il Matto in Federico Fellini’s classic La Strada (1954); against type, essayed a swashbuckling nobleman reclaiming his titles and estate in Le avventure di Cartouche (1955), and (again for Fellini), played a member of a gang of grifters in Il Bidone (1955). He was also ideally cast as the mild-mannered Ishmael in John Huston’s excellent version of Moby Dick (1956) and as Ivan, one of The Brothers Karamazov (1958).

By 1960, Basehart’s second marriage had ended in divorce and the actor returned to America where he found movie opportunities few and far between. The small screen to some extent reinvigorated his career with numerous series guest appearances and his lengthy stint in the popular Voyage to the Bottom of the Sea. He also received critical praise for his role as Henry Wirtz, commandant of the Confederacy’s most infamous prison camp, in the Emmy and Peabody Award-winning television drama The Andersonville Trial (1970).

Not only an active human rights campaigner, Basehart was also strongly opposed to the experimental use of animals. With his third wife Diana Lotery he set up the animal welfare charity, Actors and Others for Animals, in 1971. He died after suffering a series of strokes in Los Angeles on September 17 1984 at the age of 70.