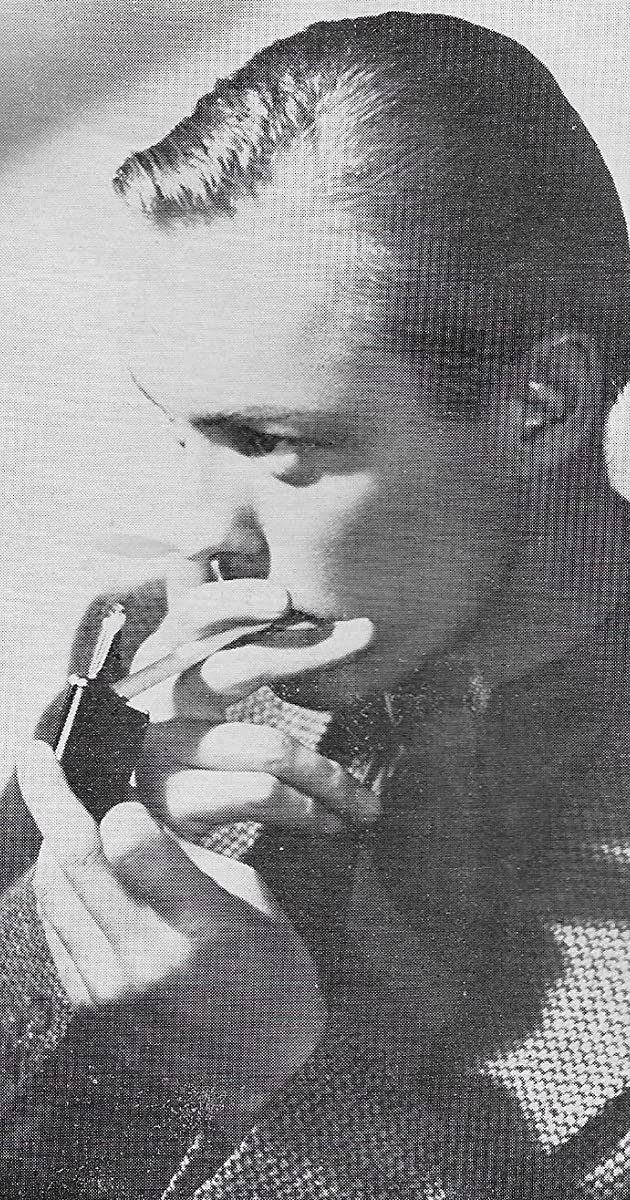 With smooth, boyish good looks, Richard Cromwell had the makings of a Hollywood star while talking movies were in their infancy. Falling far short of that goal, some of which was his own doing, he is hardly remembered today. The equivalent back then in fresh-faced, fair-haired appeal to 60s Dr. Kildare (1961) star Richard Chamberlain, Cromwell enjoyed similar overnight stardom and heartthrob status. By decade’s end, however, his once meteoric career had crashed and burned.

Richard was born LeRoy Melvin Radabaugh (nicknamed Roy) in Long Beach, California on January 8, 1910, he was the second of five children to Ralph and Fay Radabaugh. His father was a victim of the 1918 Spanish influenza epidemic. Roy earnestly delivered morning newspapers to help out the family’s budget crisis. Artistically creative, in his teens, he earned a scholarship to the Chouinard Art Institute in Los Angeles. He continued to work part-time as a maintenance man, custodian and soda jerk. His artwork, which tended to oil painting and mask-making, was impressive enough for him to be a commissioned “artist to the stars” for a time. Film legends Anna Q. Nilsson, Colleen Moore, Tallulah Bankhead, Beatrice Lillie, Joan Crawford and the notoriously reclusive Greta Garbo were among his illustrious clientèle. He was soon able to open his own studio in Hollywood and well on the way to becoming an artist of note when a long-smoldering desire to act burst into flame within him.

He painted scenery for community theater productions as a way of getting his feet wet and eventually took on acting roles. He was an extra in the film King of Jazz (1930). As good fortune would have it, Richard was encouraged by friends to test for the title lead (amid scores of other actor unknowns) in the Columbia Studios production of Tol’able David (1930), a remake of D.W. Griffith’s classic 1921 film. With no previous professional experience, he won the part. Christened with a new marquee name (courtesy of Columbia mogul Harry Cohn), the studio publicity machines worked overtime to promote both the film and their new leading man. Richard lived up to all the hype once the reviews came out, giving a terrific debut performance in a very difficult role. As the rather weak-willed young boy who finds the strength and courage to right the injustice done to him, he hit overnight stardom, accompanied by scores of subsequent radio and personal appearances and culminating in a White House invitation from President Herbert Hoover.

It was sensitive hero types for the new star, predominantly in melodramatic settings. Columbia kept him busy with Fifty Fathoms Deep (1931), Shanghaied Love (1931) and That’s My Boy (1932). The best of the lot was co-starring opposite Marie Dressler in Emma (1932) as a young man who dies in a plane crash en route to save his beloved housekeeper who was accused of murdering his father. His best known role was in the best picture nominee The Lives of a Bengal Lancer (1935) in which he received co-star billing alongside Gary Cooper and Franchot Tone. Other significant parts in The Age of Consent (1932), Tom Brown of Culver (1932) and This Day and Age (1933). He appeared with a slew of Hollywood’s most popular stars, including but not limited to Janet Gaynor, Clara Bow, Jean Arthur, W.C. Fields and Will Rogers.

His constant yen for independence and change led him to other areas of entertainment. Veering away from films, he worked on radio soap operas and made his stage debut in 1936 with So Proudly We Hail which quickly went to Broadway. He received better reviews than the play itself, which was very short-lived. As his popularity in films began to fade, another daunting challenge was his lead role in a sequel of sorts to All Quiet on the Western Front (1930) entitled The Road Back (1937) , which chronicled the story of young German soldiers readjusting to civilian life after WWI. The film was not well-received. After supporting roles as Henry Fonda’s brother, who kills a man in a duel of honor, in Jezebel (1938) (Bette Davis second Oscar-winning performance), and as a defendant in Young Mr. Lincoln (1939) starring Fonda, Cromwell drifted into secondary features. He enjoyed an active social Hollywood life with friends including Barbara Stanwyck, Joan Crawford, Franchot Tone, George Cukor, Cole Porter and William Haines.

After filming Baby Face Morgan (1942), he joined the Coast Guard and served for two years. Returning to civilian life, he settled comfortably into his art work — ceramics and pottery, in particular. By chance, he met promising young British actress Angela Lansbury who was 16 years his junior and raking up Oscar nominations over at MGM with superb work in Gaslight (1944) and The Picture of Dorian Gray (1945). The couple eloped in September of 1945 but the marriage was over almost before it began. They separated within a few months and were divorced before the year was out. Unbeknownst to the outside world at the time, Richard’s latent homosexuality was the undoing factor here. Cromwell and Lansbury continued a sincere, respectful friendship after their divorce.

After this tumultuous period, Richard decided to make another stab at films, all for naught. His next film, Bungalow 13 (1948) , fizzled quickly. Returning to the name Roy Radabaugh, he built an art studio on his property, becoming especially known and admired for his creative tile designs. Little was heard of Richard until it was announced that, at age 50, he had been cast in the film The Little Shepherd of Kingdom Come (1961) starring singer Jimmie Rodgers. Diagnosed with liver cancer shortly thereafter, he was forced to withdraw from the production. Chill Wills replaced him in the role. Richard died on October 11, 1960, and was interred in Santa Ana, California.