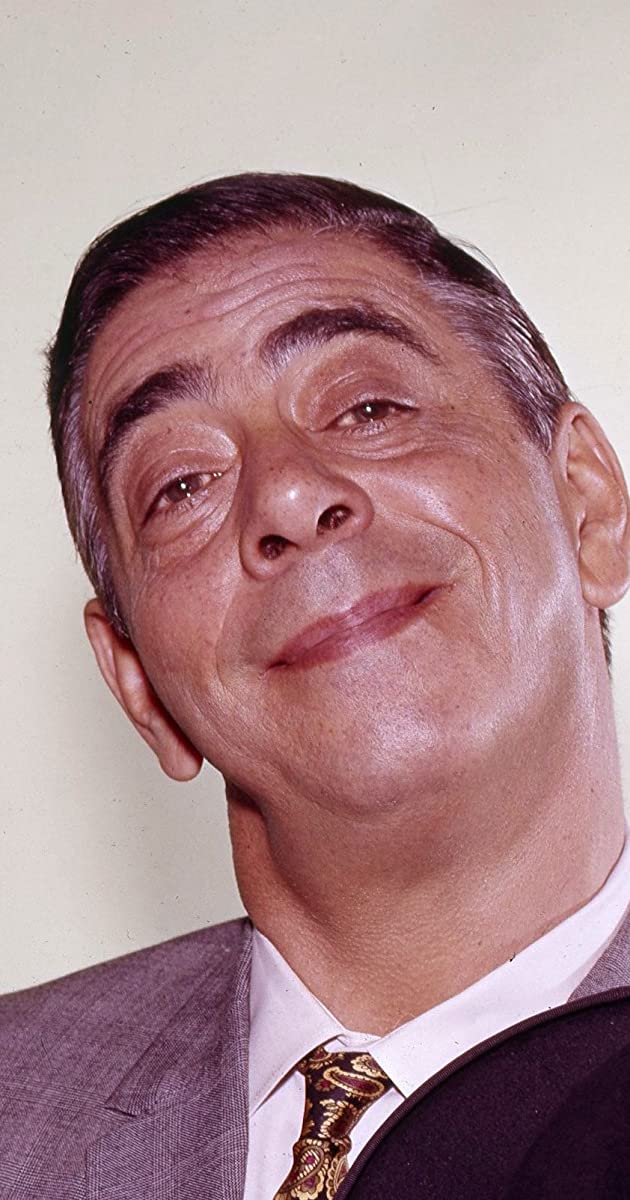 Burly American character actor with a deep gravelly voice who was equally adept at comedy and drama. The son of a theatrical costume designer, Strauss worked as a salesman and also as a singing waiter and busboy before finding success in the stage version of “Detective Story” on Broadway. He appeared with José Ferrer in the Broadway revival of “Twentieth Century.” Also on Broadway, he played “Animal” in “Stalag, 17”, and repeated the role in the film version (Stalag 17 (1953)). The wildly comic yet appealing character brought Strauss an Oscar nomination for Best Supporting Actor. He had appeared in films as early as 1942 but became most familiar during the 1950s in memorable roles in such films as The Bridges at Toko-Ri (1954) and The Man with the Golden Arm (1955). He continued to appear on stage and also in many television programs and commercials into the ’70s. He died of complications from a stroke, leaving a widow and three children from his first marriage.