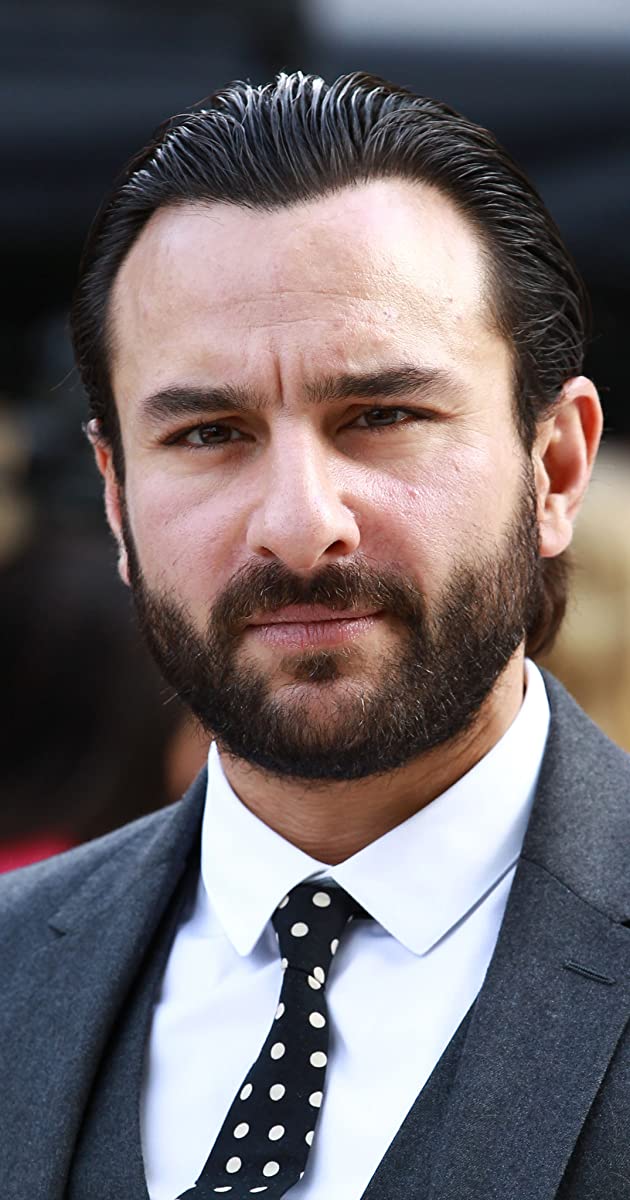 Both his grandfather, Iftikhar Ali Khan Pataudi, and father were professional cricketers. His mother, Sharmila Tagore, an actress within her own rights. He has two sisters, Bollywood actress Soha Ali Khan, and fashion designer Saba Ali Khan.

Saif studied in Himachal Pradesh’s Lawrence School Sanawar, and then went on to continue his studies in Lockers Park School and Winchester College – both located in the United Kingdom.

He commenced his career in Bollywood movies during the year 1992 with Parampara (1993). He has been received several awards as well as numerous nominations. He continues to not only act in movies but has also started his very own production company ‘Illuminati Films’.

Saif Ali Khan married Bollywood actress, Amrita Singh, during October 1991, and has two children, namely daughter Sara Ali Khan, and son Ibrahim Ali Khan. The marriage ended in a divorce during 2004, and both the children live with their mother.

His father tragically passed away on September 22, 2011 due to chronic lung infection at the age of 70.

He has participated in a number of international tours, including raising funds for the 2004 Tsunami.

He is fluent in Bengal, Hindi, and English.