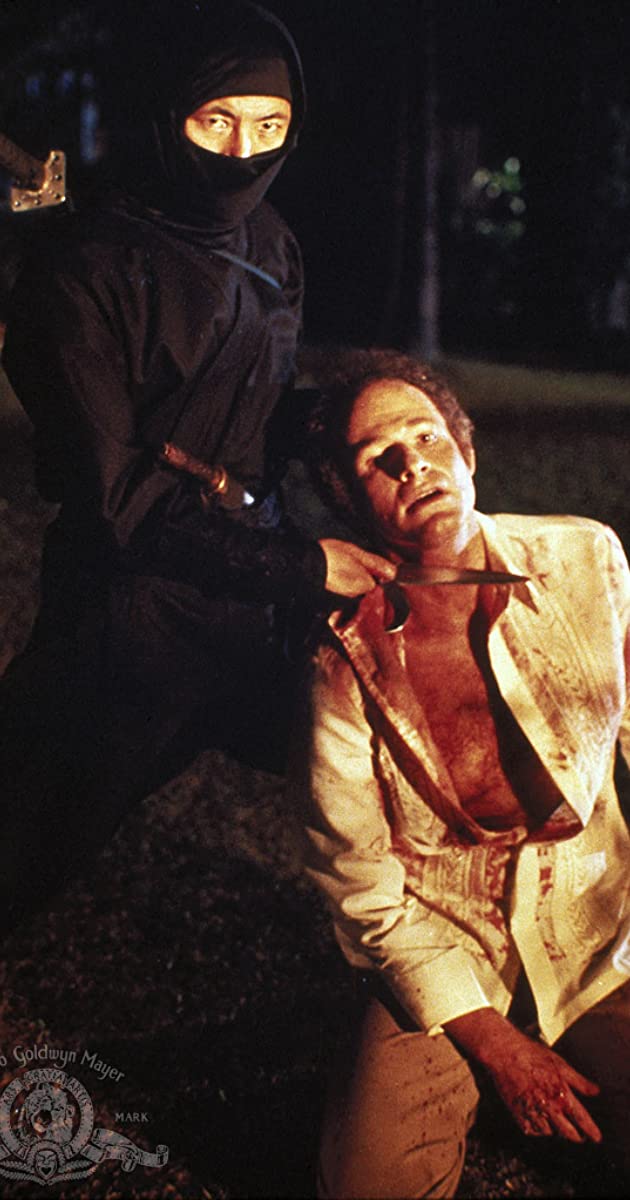 Easily the best known actor/martial artist during the 1980s ninja cinema craze, Kosugi was a proficient martial artist & skilled weapons performer which was highlighted in his several starring roles.

Kosugi grew up as the youngest child and only son of a Tokyo fisherman, and began his martial arts training at the age of five studying karate at a local dojo. Sho expanded upon his martial arts studies, also learning judo & kendo, and by his 18th birthday he had achieved the status of All Japan Karate Champion. Intent on entering the world of international finance, Sho left Japan at only 19 years old to study and reside in Los Angeles, USA where he achieved a Bachelor’s Degree in Economics, yet he also remained focused on constantly improving his martial arts skills. Throughout the early 1970s, Sho competed in hundred’s of martial arts tournaments & demonstrations including winning the L.A. Open in 1972, 1973 & 1974. In addition, he also met a young Chinese woman named Shook, who was eventually to become his wife and mother of his children, plus Sho had his first foray into the cinema with part’s in a minor Taiwanese film titled “The Killers”, and then in a Korean production, shot in Los Angeles known as “The Stranger From Korea”.

Sho’s big break came in 1981 when karate legend Mike Stone pitched a screenplay under the title of “Dance of Death” to Cannon Films. Cannon was at the time, a lackluster production house that had two years prior been purchased by film producer cousins Menahem Golan & Yoram Globus. The innovative cousins quickly turned Cannon into a profitable key player in the independently produced film market by latching onto topics popular to the youth market, having rapid shooting schedules, relatively unknown casts and tight budgets. Menehem Golan once remarked that he believed it was impossible to lose money on a film shot for the US market with a budget of under $5 million!!

Cannon Films backed Stone’s screenplay and the title was changed to _Enter The Ninja (1981)_ starring Franco Nero, Christopher George & Susan George with filming completed in the Phillipines in early 1981. Sho’s role was as the evil black ninja “Hasegawa”, and his icy screen presence and martial arts skills grabbed the attention of martial arts film fans, and ignited the huge fascination with ninjitsu that engulfed martial arts for the next decade. With the financial success of their first “ninja” film, Cannon readily backed a further ninja movie, only this time Sho was elevated to being the star of the film and had become a good guy!! Revenge of the Ninja (1983) was shot in Salt Lake City, Utah in late 1982 and featured Sho as a ninja master forced to flee from Japan to America with his only surviving son, after the rest of his family are butchered by opposing ninjas’s. Launching into an art importing business with an American business partner, Sho finds out too late that his partner is also a ninja, importing drugs hidden in Sho’s Japanese dolls. The second film outstripped the first on box office takings, and Sho Kosugi was now the hottest star in martial arts cinema!

Based on those booming ticket sales, Cannon were once again happy to back another ninja movie, and in late 1983 shooting commenced in Phoenix, Arizona on Ninja III: The Domination (1984). The plot line however, was a rather strange affair, with the spirit of dead ninja possessing the body of dance instructor Christie (played by Solid Gold dancer Lucinda Dickey)……it was a misguided attempt by Cannon to combine ninjutsu with the 80s break dancing craze and horror movies about possession. None the less, fans didn’t seem to mind, and the third installment in Cannon’s ninja trilogy did reasonable business at the box office.

Kosugi then starred in the short lived action TV series _”The Master” (1984)_ alongside legendary screen bad guy ‘Lee van Cleef’, before going onto star in several more ninja films, including taking on Mafia thugs in the bloody Pray for Death (1985), stopping terrorists as a ninja commando in Nine Deaths of the Ninja (1985) and as a ninja secret agent taking on “the Muscles from Brussels” Jean-Claude Van Damme in the military adventure Black Eagle (1988).

However, by 1990 the US movie going public had grown tired of a decade of black clad ninja’s hurling shuriken’s and swords at each other, and Sho Kosugi left Hollywood to venture back to Japan where he became involved in numerous TV productions again centered around martial arts. In 1992, Kosugi starred in his biggest budgeted movie to date, a samurai epic titled _Journey of Honor (1992)_ also featuring screen legends Toshirô Mifune and Christopher Lee. Since then, Kosugi has remained very active in Japanese TV, was involved in contributing martial arts choreography for the highly popular Sony Playstation game “Tenchu; Stealth Assassins”, plus he returned to Hollywood in the late 1990s to set up the Sho Kosugi Institute to assist Asian actors wishing to break into the mainstream US film market.

Undeniably, many of the ninja films featuring Sho Kosugi were marred by low budgets & cheap production….however his superb martial arts skills and captivating on screen presence have assured him a unique place in the history of martial arts cinema, and his name has become synonymous with the art of ninjitsu.