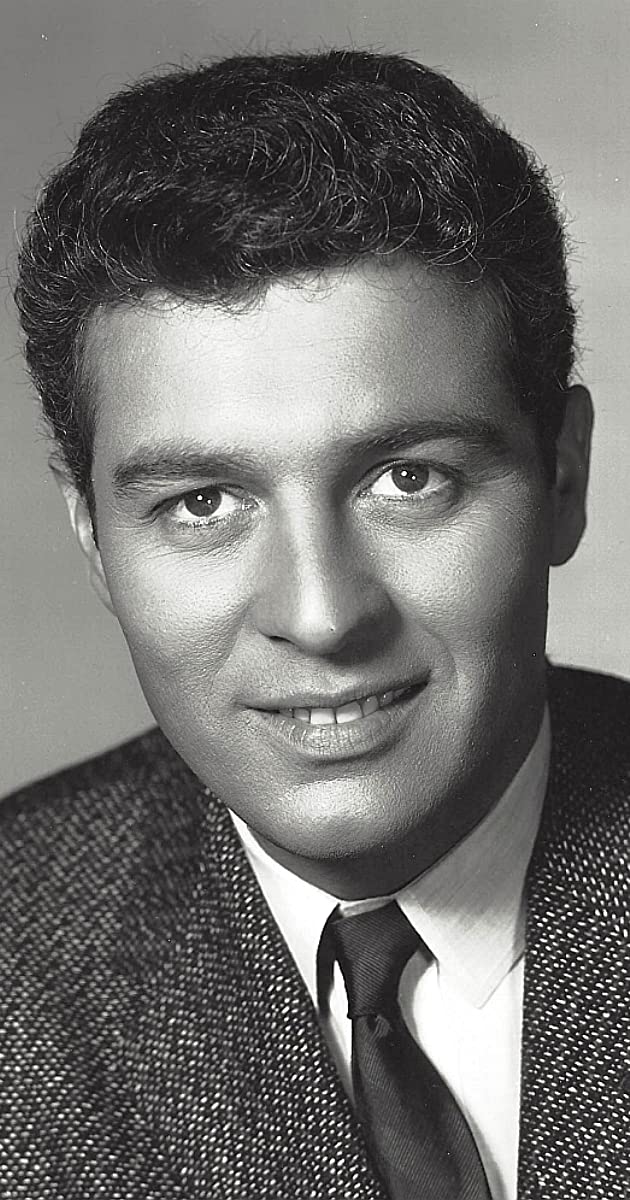 In choosing a professional acting career for himself, bon vivant Sydney Chaplin had to deal with the powerful and pervasive shadow of his famous father, the legendary Charles Chaplin, hovering over him every step of the way. While his older brother, actor Charles Chaplin Jr., buckled under the pressure and died of an alcohol-related illness at age 43, the dashing and debonair Sydney achieved respectable success on his own terms by avoiding films and focusing on the theater.

Sydney was the oldest surviving Chaplin child at the time of his death following a stroke on March 3, 2009. While in no way could he match his father’s ambitious nature and incredible genius, Sydney managed to do things his way. Fortunately, he was not weighed down by his father’s all-encompassing obsession for recognition. Easygoing to a fault, Sydney was both charming and charismatic — a winning combination on the stage. A wonderful mimic, he also possessed a fun and witty idle-rich mentality that tended to reflect his stage and film persona.

Sydney Earle Chaplin, who bore a similar, slightly forlorn facial resemblance to his famous father, was born in Beverly Hills, California, on March 31, 1926, and was the second son born to Charlie and his second wife, Lita Grey. Lita was an aspiring actress who married the 35-year-old legend when she was 16. Sydney was named after his half-uncle, actor Syd Chaplin. His parents’ marriage was doomed from the start and indeed was over before Sydney was even a year old. Charlie created just as many headlines off camera as he did on, and this breakup was no exception. The acrimonious divorce proceedings was a feast for the tabloids in 1927. Sydney was thereafter raised by his maternal grandmother and saw almost nothing of his father during his most irregular upbringing.

Growing up, the boy suffered from extreme restlessness and a lack of discipline, and his education was erratic as a result. He was expelled from three boarding schools by the time he was 16. However, things changed for him with his country’s participation in World War II. Drafted into the infantry at age 18, a new sense of purpose took over him when he was sent to Europe to serve as a bazooka man in the Third Army commanded by General George S. Patton.

Sydney had avoided his father’s profession up until this point. However, after his discharge from the United States Army, he was asked by a friend to try acting and he found out that he liked it. In 1946, he became the co-founder (with George Englund) of the Circle Theatre in Los Angeles, California. Father Charlie actually directed Sydney in a couple of the company’s endeavors, including a production of “Rain”. Impressed by Sydney’s newfound seriousness, Charlie gave him his first movie role as the composer in the classic Limelight (1952). Despite a fine introduction into films, Sydney’s later output would be largely overlooked.

Despite his inbred elegance, he was not the leading man type on film and was often cast in ethnic support roles (Indian, Egyptian). His credits included such foreign films as Act of Love (1953) starring Kirk Douglas; Columbus entdeckt Krähwinkel (1954), which co-starred brother Charlie Jr., the British entry Land of the Pharaohs (1955), which starred one-time paramour Joan Collins, the English/Egyptian co-production Abdulla the Great (1955) starring Kay Kendall, and another British programmer, Follow That Man (1961) with Dawn Addams. He did not have any better luck with the American films he made — The Tomahawk and the Cross (1956) — an actionful Western in which he played an Indian scout working for the army — Four Girls in Town (1957) and Quantez (1957). Sydney did star in one above-average picture, the British thriller Confession (1955) co-starring Audrey Dalton, but the second-string film came and went without much fanfare.

Stardom finally occurred for the actor on the New York stage — not in a chic comedy, for which he was known, but in a musical. He opened on Broadway in November 1956 in the hit Betty Comden and Adolph Green effort “Bells Are Ringing” after femme star Judy Holliday encouraged him to audition. Having never sung before, it took 15 rounds before the director gave him the role of Jeff Moss, the gent who falls for Holliday’s switchboard operator. Both Sydney and Judy wound up winning Tony Awards in 1957 for their performances (Sydney in the “featured” category) and he also earned a 1957 Theatre World Award as a new “promising personality”. He and Holliday became involved at one point, which did not work out, and the uncomfortable situation led to his agreed replacement (by Hal Linden). Sydney would not return to perform with Holliday when the show made its London debut. Nevertheless, he continued on Broadway in both musicals and comedies, including “Goodbye, Charlie” (1959), “Subways Are for Sleeping” (1961) and “In the Counting House” (1962). His modest baritone was utilized on television as well in the musical version of Wonderful Town (1958) starring Rosalind Russell.

Sydney’s second greatest triumph came again in a Broadway musical — “Funny Girl” (1964) co-starring meteoric newcomer Barbra Streisand. Playing the inveterate gambler and ladies’ man Nick Arnstein opposite Streisand’s love-torn comedienne Fanny Brice, both actors received Tony nominations for their performances, but neither won. His problems working with the young and eccentric Streisand resulted in a feud that led to his eventually leaving the cast. Because of the problems with his leading ladies, both of his original roles in “Bells Are Ringing” and “Funny Girl” went to other more famous stars (Dean Martin and Omar Sharif, respectively) when they transferred to film.

In the late 1960s, Sydney appeared in another of his father’s pictures, supporting Marlon Brando and Sophia Loren in the poorly-received A Countess from Hong Kong (1967). Sadly, this was Charlie’s last hurrah as a director. Sydney later worked in foreign-made film fare, most of them unworthy of his talents. He ended his career in the late 1970s on an uneventful note with some standard television guest appearances and roles in a couple of abysmal horror films: So Evil, My Sister (1974) and Satan’s Cheerleaders (1977), the latter movie featuring other veteran actors on the wane, including John Ireland, John Carradine and Yvonne De Carlo.

In later years, Sydney opened a celebrity-friendly bistro and dinner club called “Chaplin’s” in Palm Springs, California. It ran for about a decade. He also enjoyed trophy-winning celebrity status out on the desert’s golf courses. Sydney Chaplin died at age 82 of a stroke in Rancho Mirage, California on March 30, 2009. He was survived by his third wife, Margaret Beebe, and his only child Stephan from his first marriage.