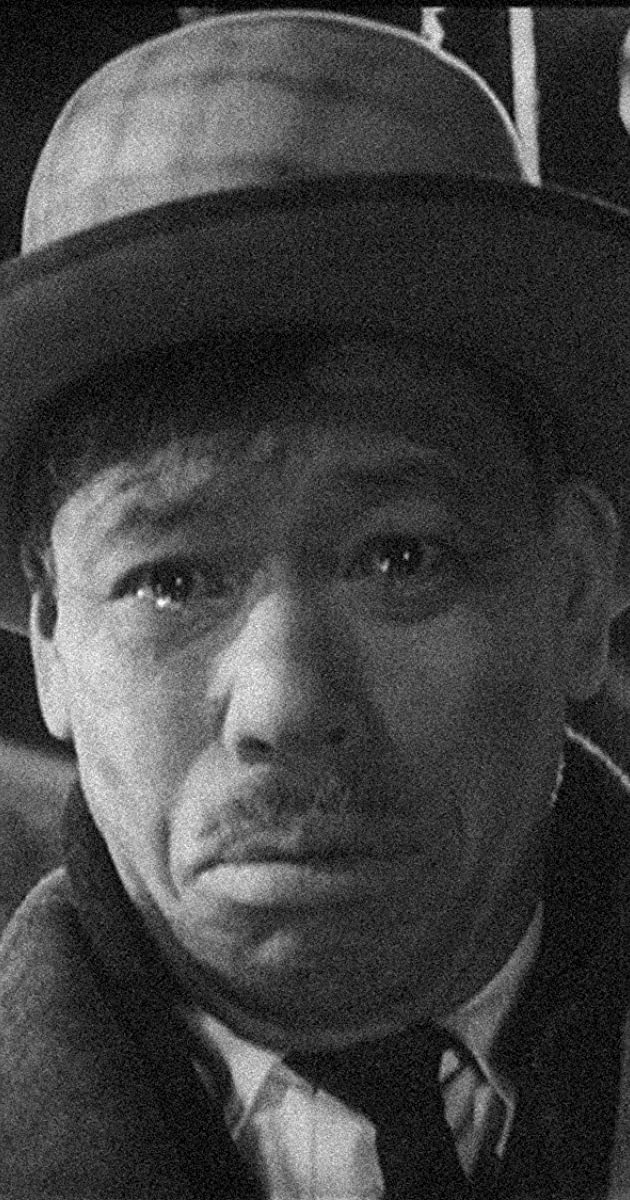 Japanese character actor Takashi Shimura was one of the finest film actors of the 20th century and a leading member of the “stock company” of master director Akira Kurosawa. A native of southern Japan, Shimura was a descendant of the samurai warrior class. Following university training, he founded a theatre company, Shichigatsu-za (“July Theatre”). In 1930 he joined a professional company, Kindai-za (“Modern Theatre”). Four years later he signed with the Kinema Shinko film studio. He found a niche playing samurai roles for various studios, then signed a long-term contract with Toho Studios in 1943. He appeared in an average of six films a year for Toho over the next four decades. His greatest critical acclaim came in more than 20 roles for Kurosawa, though he is almost as well recognized outside Japan for his kindly doctor role in the original “Godzilla” (Gojira (1954)). Shimura’s triumph was his unforgettable performance as a dying bureaucrat in Kurosawa’s Ikiru (1952). He continued to act steadily, in good films and bad, almost until his death, culminating with Kurosawa’s Kagemusha (1980). He is often described as filling the spot for Kurosawa that Ward Bond filled for John Ford–an ever-present and reliable character player who consistently supplied a solidity and strength to whatever film he appeared in. Shimura was, to be sure, even a finer actor than Bond, and his range was enormous, from “Ikiru”‘s diffident clerk to the leader of the Seven Samurai in Kurosawa’s Seven Samurai (1954). He died in 1982, a reluctant icon of Japanese cinema.