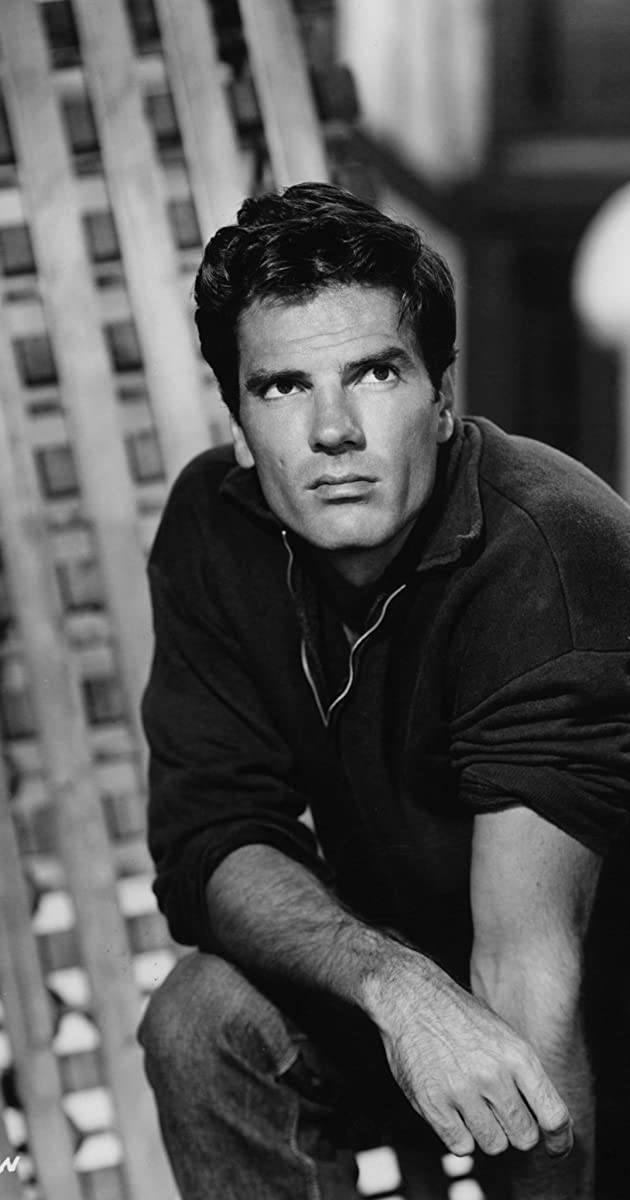 Born in Hartford, Connecticut, Tom Tryon–son of clothier Arthur Lane Tryon and not, as is commonly believed–actor Glenn Tryon–grew up in Wethersfield, Connecticut. In 1943 he enlisted in the US Navy and served in the South Pacific until 1946. After his discharge he joined the Cape Playhouse in Dennis, Massachusetts, and did everything from designing sets to acting. He made his Broadway debut in 1952 in the musical “Wish You Were Here”. He also worked in television as a production assistant. In 1955 he moved to California to try his hand at the movies, and the next year made his film debut in The Scarlet Hour (1956). He made a few more films, but in 1958 he appeared in the part that made him most famous: the title role in the Disney TV series “Texas John Slaughter” (1958), which made him a household name. He appeared with Marilyn Monroe in her final (and unfinished) film, Something’s Got to Give (1962).

Sci-fi fans will remember Tryon in what is now considered one of the more literate (although you couldn’t tell by its crackpot title) sci-fi films of the era, I Married a Monster from Outer Space (1958). Tryon worked steadily in television and films during this period. His big break was supposed to be Otto Preminger’s The Cardinal (1963), but the film turned out to be one of the major flops of the 1960s. Tryon’s acting career was waning (he wasn’t happy with it, anyway), and one day he saw the horror film Rosemary’s Baby (1968) in a theater. It inspired him to write his own horror novel, and in 1971 “The Other” was published and became an almost instant best-seller. It was made into a movie in 1972, with Tryon writing and producing, and it became a huge hit. He left acting to concentrate solely on writing, and became a very successful novelist. In 1978 his book “Crowned Heads” was the basis for the Billy Wilder film Fedora (1978), and a successful miniseries, The Dark Secret of Harvest Home (1978), with Bette Davis, was made from his novel “Harvest Home”. Tryon said that he got much more satisfaction (and made a lot more money) from his writing than he ever did from his acting.