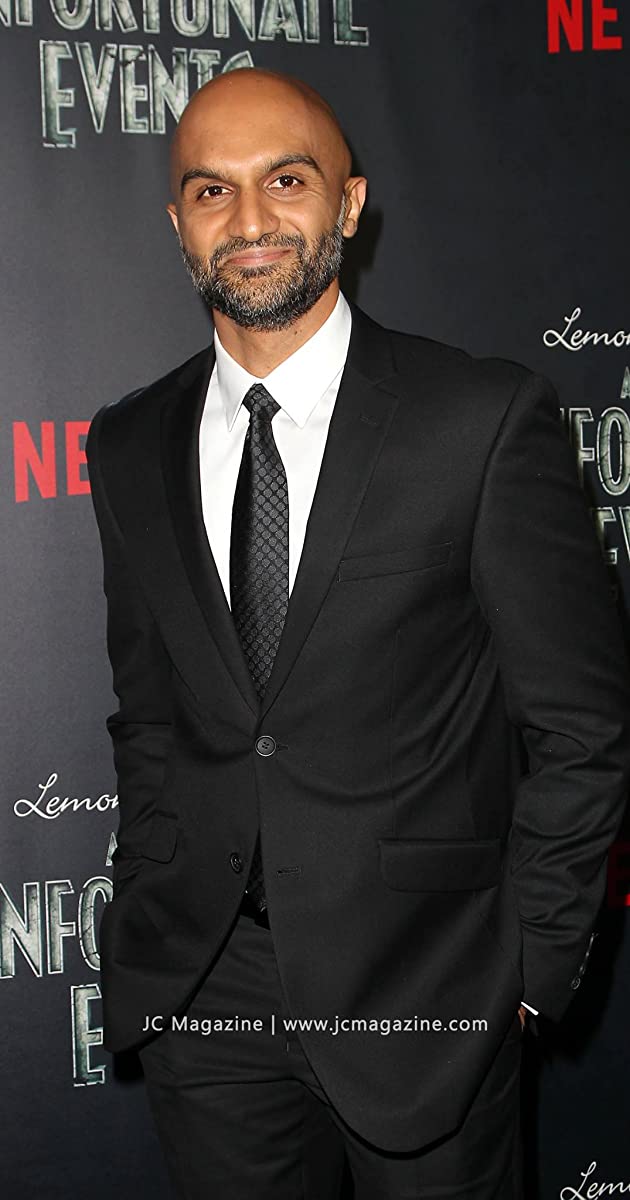 From a cutthroat Hollywood executive, to a high profile political figure, and a villain set in a dark fantasy world, Obie Award-winning actor Usman Ally can be seen in some of the most talked about projects on television this year and he isn’t slowing down anytime soon.

Ally was most recently seen as The Hook Handed Man, head of Count Olaf’s (Neil Patrick Harris) henchmen in “A Series of Unfortunate Events” for Netflix. Based on the best selling books by Lemony Snicket, the series follows the tragic tale of three orphans who are investigating their parents’ mysterious death. They are saddled with an evil guardian, Count Olaf (Harris), and must outsmart him and his group (Ally) at every turn. “A Series of Unfortunate Events” premiered in January 2017. Next, Ally can be seen in TV Land’s brand new comedy series “Nobodies,” set to premiere on March 29. Executive Produced by Melissa McCarthy, the semi-autobiographical series centers on three friends in Hollywood desperate to rise to fame together after seeing their friends and fellow sketch comedy troupe alums make it big. Ally shines as Gavin, an executive from a major studio in Hollywood who makes it his mission in life to destroy the three “nobodies.” Ally will return to comedy again this spring for season six of the award-winning, HBO series “Veep” reprising his role as Ambassador Al Jaffar, opposite Julia Louis-Dreyfus. Originally introduced in season five as the representative from Qatar who helps Selina Meyer (Dreyfus) negotiate a deal with the Chinese over Tibet, Jaffar returns for season six in a much larger capacity.

It was recently announced that Ally joined the cast of Dwayne Johnson’s YouTube series “Lifeline,” a half hour series about a little known life insurance company that sends its agents forward 33 days in time to prevent the accidental deaths of its clients. Some of his additional credits include recurring roles on “Just Add Magic” for Amazon (the series will return in July 2017), “Agents of S.H.I.E.L.D.”, “Damages,” and “Madame Secretary” with guest star roles on “Blue Bloods,” “Boss,” “The Player,” “Chicago Code,” “Mind Games,” “Person of Interest,” “Castle,” and “Blindspot,” to name a few. On the film front Ally has been seen in “Star Trek Into Darkness” (Paramount), and indies “Love Meet Hope,” “Misled,” and “Just Like a Woman.”

Born in Swaziland, Ally lived in Botswana, Kenya, Tanzania, and Pakistan for the first 18 years of his life. He moved to the United States to attend college at Lewis and Clark in Portland, majoring in Theatre and Cultural Anthropology. He went on to receive his MFA Magna Cum Laude in Acting from the University of Florida. Upon graduation Ally moved to Chicago, where he got his start in the business working in theatre. He has performed at some of the most reputable theaters around the country, and is most known for originating several lead roles in award winning plays. These include ‘Bagheera’ in Disney’s Jungle Book (IRNE Award for Best Actor in a Musical), ‘Amir’ in Disgraced (Jeff Nomination Best Actor), and ‘VP’ in The Elaborate Entrance of Chad Deity (Top 10 Performances of the year). He most recently appeared as “Bashir” in The Invisible Hand at New York Theatre Workshop, a role that garnered him a Lucille Lortel Nomination for Best Actor, A Drama League Nomination for Best Actor, and an Obie Award for Outstanding Performance. Additional accolades include receiving the Fox Foundation Grant for Actors of Extraordinary Potential in 2010.