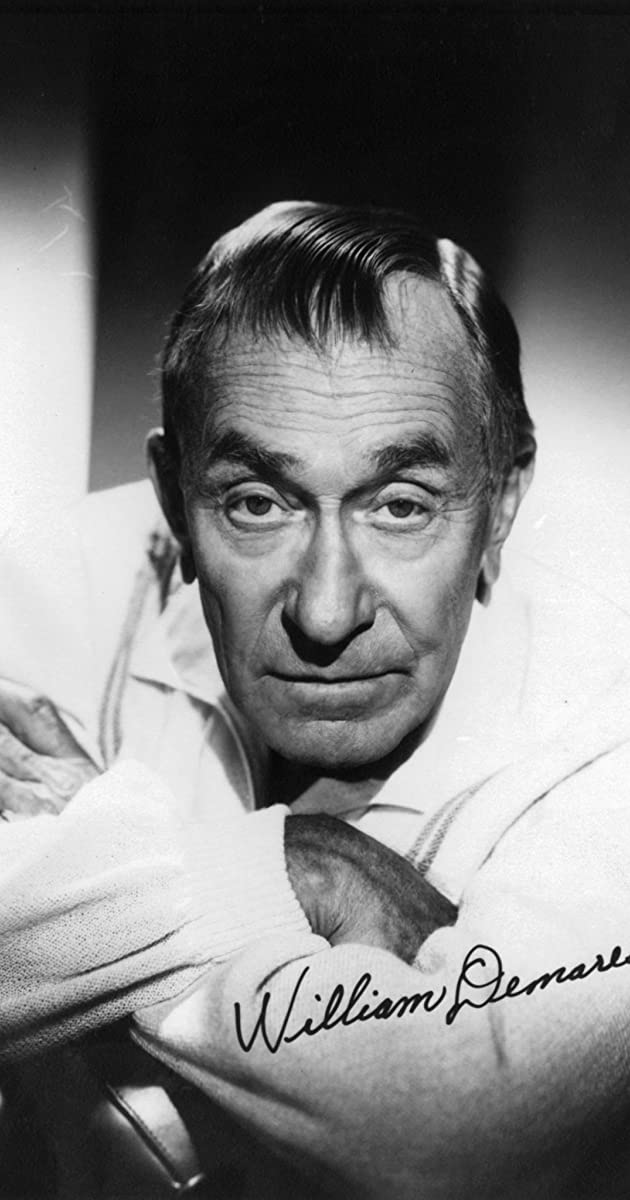 A stocky, serious-looking character, Carl William Demarest started off in vaudeville in 1905 along with two older brothers. At one time he also performed in a stage act with his wife Estelle Collette (billed as ‘Demarest and Collette’) and then moved on to Broadway. He entered movies in 1926 and first appeared in Vitaphone one-reelers and in films for Warner Brothers, which included the first sound picture, The Jazz Singer (1927). In his later years, he became a household name on TV as retired sea captain Uncle Charley, replacing a seriously ill William Frawley in My Three Sons (1960). However, Demarest was truly at his best during the 1940s as a member of Preston Sturges’s unofficial stock company of players, noted for his trademark deadpan or exasperated expressions. He made his reputation in eccentric comic supporting roles, invariably seen as pushy, wary or droll cops, business guys or wisecracking, jaundiced friends of the hero with names like Mugsy, Kockenlocker or Heffelfinger. Down Went McGinty (1940), Sullivan’s Travels (1941) and The Miracle of Morgan’s Creek (1943) are often cited as his best films. When movie offers began to diminish, Demarest segued into television work with many guest spots and a regular co-starring role as a ranch foreman in the western series Tales of Wells Fargo (1957). As a character actor, his quiet intensity and comic timing kept him in demand well into his eighties. Nominated just once for an Oscar as Best Supporting Actor in the biopic The Jolson Story (1946), he lost out to Harold Russell for his performance in The Best Years of Our Lives (1946).